If there's anything to learn from Naomi Watts' new Netflix series, it's to not waste your time waiting for a binge watch to pay off. 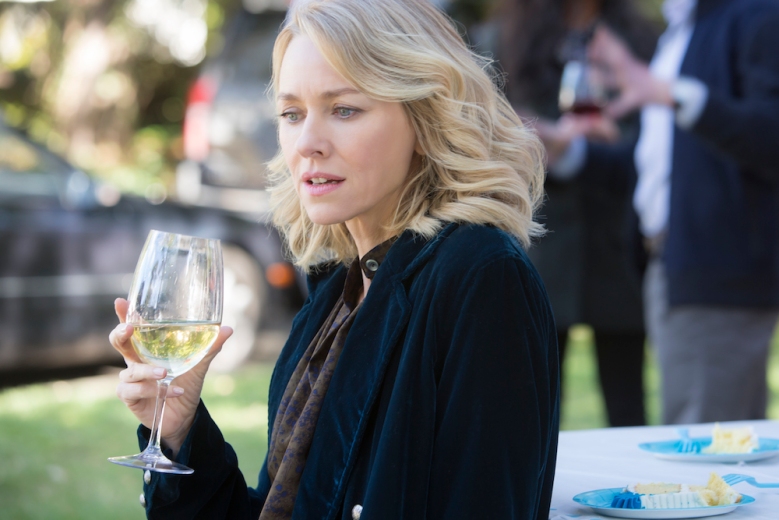 [Editor’s Note: The following portion of the review contains spoilers for “Gypsy” Season 1, all the way through the finale.]

It’s not a stretch to say “Gypsy” promises a bigger pay-off than it delivers. From Jean’s opening narration, where she blabbers on about no one being in control of their own lives, how no one is who they say they are, and finally ending with the mega-tease, “We might actually be… someone else,” there’s more than enough reason to believe Jean’s got some deep, dark, complicated secrets.

READ MORE: ‘F is for Family’: The Darkest New Netflix Drama Worth Watching Is an Animated Comedy

But she doesn’t. She’s just a terrible therapist who uses poorly formed psychoanalysis as an excuse to give in to her temptations. At best, she’s a free spirit who doesn’t want to be married. At worst, she’s an unstoppable narcissist who loves to lie.

Before going on, let me reiterate the above point: “Gypsy,” through 10 long hours of storytelling, is about exactly what you know in the first episode: a bad therapist who gets too involved with her clients and cheats on her husband. That’s it. There’s no bigger mystery. No larger point. Nothing. To answer the above questions, this is as much as we know:

But all we know is she’s implicated in that whole mess, and we knew that the whole time anyway. It’s clear Jean is a bad therapist from the start, but she’s no Jack Kevorkian. She twists her patient’s problems into her own issues, but she doesn’t kill them or anything. That secret isn’t even treated as the most dramatic reveal of the series. It’s just a side piece — like Melissa was to Jean, and like Sydney was to Jean, and, come to think of it, like Michael is to Jean. She’s not that serious about any of them. She’s only serious about whatever she wants in any given moment, be it sex, a glass of wine, or an attachment with her patients. At the very end of Season 1, when we’re left on what I can only assume is intended to be a tantalizing cliffhanger, Jean gives a speech at her daughter’s school about bullying and says, “Those who desire power are really trying to control one thing: themselves.”

As she says this, Sydney finally tracks her down and sees Jean giving the speech. The two lock eyes, Jean smiles, and the season ends. So next year Sydney will walk up to Michael, who’s ready to divorce Jean already, and… what? All these toxic relationships will end? Good! They should! Jean needs real help, and everyone else will be better off without her. Perhaps “Gypsy” would work if Jean was presented as an antihero who walks around snaring people in her web of mind games, but we’re meant to believe Jean is pitiable because, while she’s wreaking minor emotional havoc with her friends and family, she’s really only seeking power over her own life.

That, to be frank, is bullshit. Jean can offer as much psycho-babble as she wants, but “Gypsy” never convinces us Jean cares about anything other than herself. She’s just drifting through life, like the show’s nomadic group namesake, with no purpose other than to make brief, meaningful connections and move on before the perfect perception seen by others is ruined. She’s deeply uncomfortable by the confines of domestic bliss, but she won’t admit it. Worse yet, the show won’t admit that her desire to be free is OK. Not everyone has to get married, but it’s hard to feel sorry for Jean when she has the perfect husband, an adorable daughter, and a lavish upper-class life. If she doesn’t want it, get out already and stop wasting our time.

The same can be said to the series in general. Jean might counsel prospective viewers to give into their temptations, but we know better than to listen to her now. All that excitement can lead to a hard case of the blues.