If "Hannibal" Season 4 ever ends up happening, expect it to channel its inner "Inception." 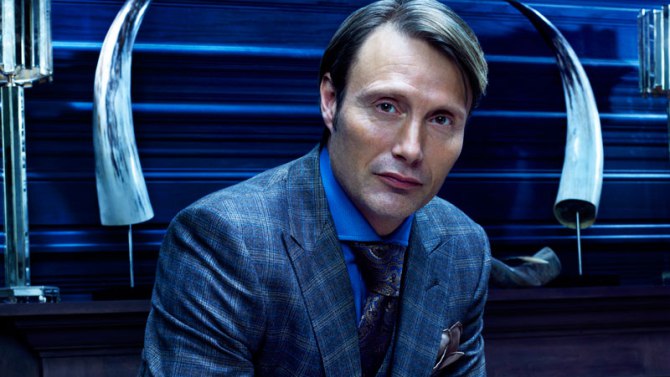 Much has been written about “Hannibal” returning for a fourth season ever since the acclaimed NBC series signed off the air in August 2015. Creator Bryan Fuller has been vocal about his wish to continue the series, and his enthusiasm for more “Hannibal” was on full display during a video appearance at New York’s Split Screens Festival on Thursday night. Fuller lit up anytime someone floated the idea of new “Hannibal” episodes, so much so that it seemed clear Season 4 is no longer an “if” but a “when.”

READ MORE: Bryan Fuller Has Pitched ‘Hannibal’ Season 4 to Hugh Dancy and Mads Mikkelsen, and They’re ‘Keen On It’

Fuller has teased what he has in mind for a potential Season 4 in previous interviews, including the use of elements from “The Silence of the Lambs.” The rights to the story have been owned by the producers of Jonathan Demme’s movie but revert back in August 2017, making it a prime opportunity for Fuller to step in. The showrunner has also made his Season 4 pitch to stars Mads Mikkelsen and Hugh Dancy.

“There’s an interesting next chapter in the relationship between Will Graham and Hannibal Lecter that would be fascinating to unpack,” Fuller told Entertainment Weekly last month. “I’ve shared it with the gentlemen and they’re both keen on it.” So what exactly does this “interesting next chapter” involve? Fuller provided no concrete details at Split Screens Festival, but he did tease a very enticing elevator pitch: “It was going to be ‘Inception’ meets ‘Angel Heart.'” Combining Christopher Nolan’s mind-bender with Alan Parker’s supernatural horror movie sounds unsung, but it’s a very Bryan Fuller thing to do and he’s definitely not joking. He brought up these same sources of inspiration last month at Vulture Festival, which means Nolan and Parker really do hold the keys to the future of “Hannibal.”

The series finale ended with Will Graham and Hannibal Lector embracing one another and falling off a cliff after their murder of Francis Dolarhyde. Their fate was left up in the air, though it would be pretty impossible to walk away unscathed from a serious fall like that. The “Inception” comparison suggests Season 4 would’ve picked up inside one of their subconsciousness or in a psychological purgatory. Fuller adores David Lynch, so perhaps the series would have its own Black Lodge where Hannibal and Will have to fight to stay alive. Think of it as “Hannibal” putting its own spin on the “International Assassin” episode from “The Leftovers.”

As to where “Angel Heart” fits in, that seems more obvious considering the Robert De Niro-starring horror film has long been a point of comparison for the series. The movie centers around a private investigator sent to New Orleans to solve the disappearance of a murderer known as Johnny Favorite. The twist is that the investigator and the murderer are one in the same, which has always paralleled Will Graham’s journey of embracing his inner psychopath. The Season 3 finale saw Will crossing the point of no return, so it would only make sense for Season 4 to play directly into this duality.

“Hannibal” was beloved for getting more ambitious with its storytelling over its three seasons, something Fuller says was very intentional. He confirmed that Season 4 would continue to push the narrative to new extremes, and it would have to given the “Inception” inspiration. Whether these theories end up happening or not, we just hope Fuller and company have the chance to make good on these teases and complete the next chapter.

This Article is related to: Television and tagged Bryan Fuller, Christopher Nolan, Hannibal