Should Jessica Chastain join the Marvel universe as alien empress Lilandra? If she wants gender parity with male movie stars, sure. 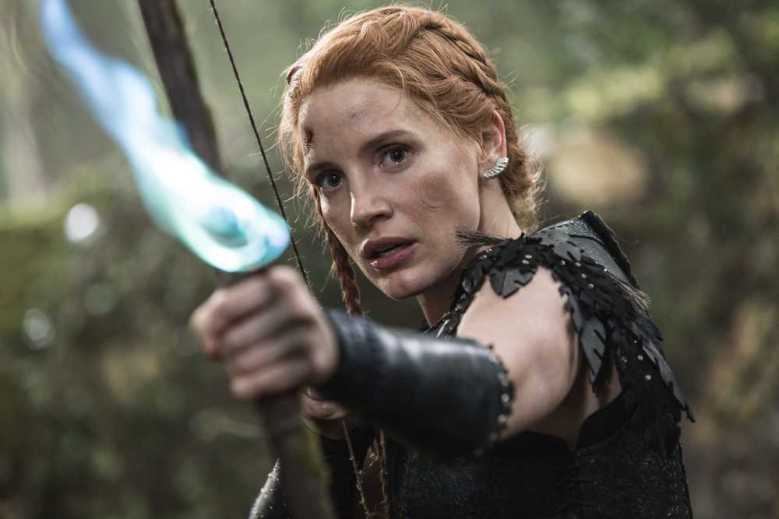 Presumably having made note of what “Wonder Woman” did for the career of Gal Gadot, Jessica Chastain is in talks to join “Game of Thrones” and “X-Men: Apocalypse” star Sophie Turner in Simon Kinberg’s “X-Men: Dark Phoenix” (Fox, November 2, 2018). Chastain would take on villain Lilandra, alien empress of the Shi’ar. (We shall see if free agents James McAvoy, Michael Fassbender, and Jennifer Lawrence see fit to return.)

A twice-nominated, 40-year-old, outspoken actress, signing on to be a Marvel villain? Smart move.

Actors have an enormous advantage over actresses in Hollywood. For starters, the culture gives men more opportunities in more genres over a longer period to become leads. They’re allowed to improve with age and add silver-haired gravitas as they move from boys to young men to fathers to a man who could be king. Actresses have far fewer opportunities, in fewer genres, over a much shorter time span to become leads. They are often shuttled to romantic comedies or melodramas, and relegated to supportive roles in which they either hang onto the arm of their romantic interest or drive him away with their nagging. They are often not allowed to be active, or as Chastain stated at the Cannes jury press conference, have “agency.”

She was dismayed by the range of weak women’s roles in the Competition this year. And like Nicole Kidman at Cannes, who also spoke up on behalf of more female directors, she wants things to change. Chastain, whose “Zookeeper’s Wife” is a 2017 indie hit, broke the mold when she played active CIA agent Maya in Kathryn Bigelow’s “Zero Dark Thirty,” a woman who’s often the smartest person in the room, who doesn’t have to have a male love interest in order for her story to be told. And while she earned an Oscar nomination, she also got blowback.

But that has not deterred Chastain from chasing strident roles like the Washington, D.C. lobbyist in “Miss Sloane,” playing heroic male roles in “Interstellar” and “The Martian,” or donning leather and adding action to her resume in the lackluster sequel “Huntsman: Winter’s War.”

Many male stars take on action roles not only to increase their pay but their international bankability; there’s no reason she can’t do the same.

Chastain wants gender parity, and she deserves it. And with moves like these, she will get it.