Plus: Why the actor, currently preparing for more "Roseanne," won't say whether the Connor family would support Trump. 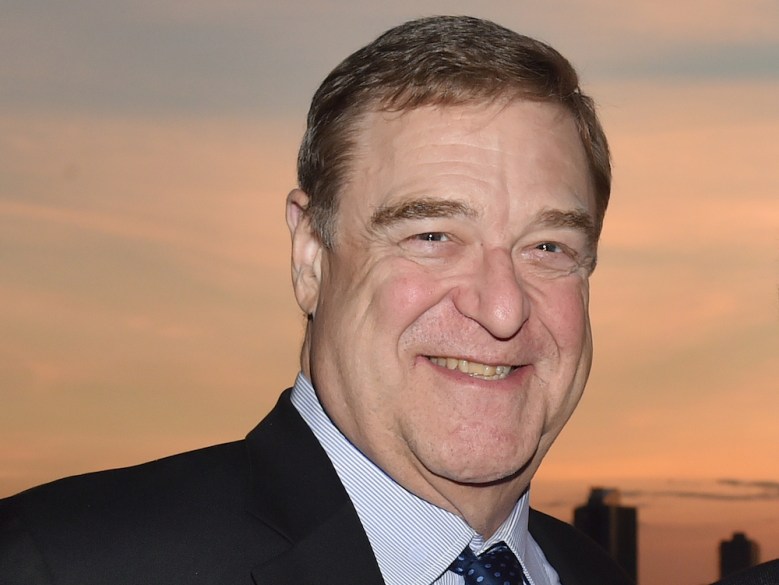 John Goodman and Bruce Willis have been friends since 1979, but somehow never worked together before “Once Upon a Time in Venice,” the action-comedy that hits theaters and video-on-demand on Friday, June 16. The directorial debut of writer-producer Mark Cullen, “Once Upon a Time in Venice” stars Willis as a Venice Beach P.I. who teams up with his surf shop-owner best friend (Goodman) to track down a drug dealer’s stolen cocaine. The film co-stars Jason Momoa​, Famke Janssen​, Thomas Middleditch​ and Adam Goldberg.

For Goodman, who received a star on Hollywood’s Walk of Fame in March, being able to finally work with Willis on a movie was an offer he couldn’t refuse.

“They said it was a Bruce Willis movie, so I was prone to say yes before I even read the script,” Goodman said during a recent interview, adding that there are certain actors and filmmakers he would work with on just about anything. “There are so many people I admire as a film fan: Billy Murray, Joel and Ethan Coen, Steven Spielberg and Marty Scorsese.” Goodman starred in his sixth Coen Brothers film “Inside Llewyn Davis” in 2013, but hasn’t worked with Spielberg or Scorsese since 1989’s “Always” and 1999’s “Bringing Out the Dead,” respectively. Though Goodman has had a busy 2017, starring in the Boston Marathon bombing drama “Patriot’s Day” and “Kong: Skull Island” before next month’s highly anticipated action-thriller “Atomic Blonde,” starring Charlize Theron, he has no more acting roles lined up aside from ABC’s upcoming revival of “Roseanne,” the hit TV show starring Roseanne Barr that ran for nine seasons between 1988 and 1997. Goodman said he never imagined there might be a revival of the show, which goes into production in October. Details of the revival are scarce, and Goodman hasn’t seen a script yet.

“It’s 25 years later, we have grandchildren, and I assume that we’ll both probably still have to work, paycheck to paycheck,” Goodman said. “We’re keeping each other alive.”

How would the show’s Dan and Roseanne Connor feel about a President Trump? “I have a definite feeling about that, but I don’t think I should discuss that now because it may not be the way it turns out,” Goodman said. “Also for such a lighthearted subject, that seems to poison everything.”

Though Goodman hasn’t worked with his fellow “Roseanne” cast members in two decades, he said that after reuniting with his co-stars at the ABC upfronts last month, he’s confident the group will be able to pick up right where they left off in 1997. “It was like we saw each other yesterday,” he said. “It’s going to be very comfortable.”

Goodman may have a completely unbooked schedule after “Roseanne,” but having appeared in nearly 100 movies during his more than three-decade career, he’s gotten to the point where he can be choosy with his roles. “I’ve gotten to do pretty much everything,” he said. “I know I’m not going to wear a cape anytime soon, so that’s out.”

With “Once Upon a Time in Venice,” Goodman got to play a laid back surfer, a character he said he wishes he could identify with more in real life. “I usually jump on problems and project them onto everybody else – I’m a pretty awful person – and I really liked this guy because he was so relaxed,” Goodman said. “I could be him for a while.”

This Article is related to: Film and tagged Bruce Willis, John Goodman, Roseanne