This year's edition of the L.A. Film Festival runs from June 14–22. 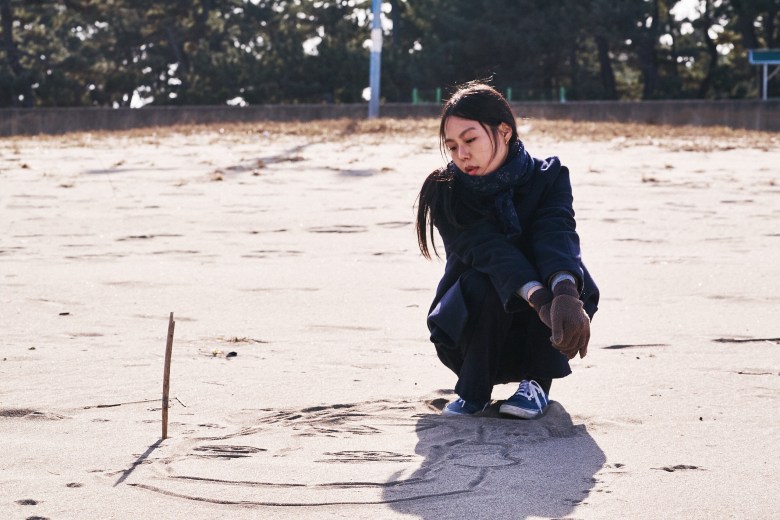 “On the Beach at Night Alone”

This year’s edition of the Los Angeles Film Festival (June 14–22) abounds with directorial debuts and movies that are probably worth seeing for their title alone (“Izzy Gets the Fuck Across Town,” anyone?). As the fest continues to carve its niche in the L.A. film world, it puts increasing emphasis on discovering new talents rather than the best-of-fest strategy that pulls from Sundance and SXSW.

Since you probably don’t need us to tell you about the big titles that have played elsewhere — “The Beguiled,” “Patti Cake$,” “Ingrid Goes West” — here are 10 more out-there selections to seek out. Timing is everything: LAFF only screens each movie once. Just as everyone is the hero of their own story, so too is every child the center of their own universe. That would appear to be doubly true of Luca (Helena Zengel), a willful seven-year-old whose recently reconciled parents take her to an volcanic island in the Aegean in Mascha Schilinski’s “Dark Blue Girl.” Now that her folks are lovey-dovey once more, the only child is no longer the center of attention — and isn’t happy about it. Schilinski’s feature debut premiered at Berlinale earlier this year. It turns out there’s yet another Wahlberg, and he isn’t here to make burgers. 20-year-old Jeffrey Wahlberg leads Bruce Thierry Cheung’s directorial debut, which finds the male inhabitants of a dusty, desolate town suddenly vanishing — and the women and children left behind to wonder where they went and why. James Franco and Rashida Jones co-star in the film, an adaptation of the novel “Please Don’t Come Back from the Moon” by Dean Bakopoulos (who co-wrote the screenplay alongside Cheung). “Everything Beautiful Is Far Away” (U.S. Fiction)

Everything beautiful may be far away, but at least the talented Julia Garner continues to appear in worthy projects. The actress — who’s recently been on episodes of “The Americans” and “Girls” as well as films like “Grandma” and “I Believe in Unicorns” — is part of a trio that also includes a severed robot head. Together they trek through a desolate landscape in search of a mystical lake, because why wouldn’t they? Neon Indian provides the score in Pete Ohs and Andrea Sisson’s joint debut, one of several LAFF selections with an otherworldly premise.

“Izzy Gets the Fuck Across Town” (U.S. Fiction)

Joan Didion says that walks in L.A., and to that Mackenzie Davis’ character in “Izzy Gets the Fuck Across Town” says, “Hold my beer.” After waking with a hangover, she endeavors to trek from the westside to Los Feliz — on foot — in order to ruin her ex-boyfriend’s engagement to her ex-best friend. Among the people she meets on her perilous journey are Carrie Coon, Alia Shawkat, Haley Joel Osment, and Lakeith Stanfield (who may call Armond White a bitch if he doesn’t like this movie). And who can resist a title like that?

Page 1 of 2
Continue Reading: LAFF 2017: 10 Festival Picks, from ‘My Friend Dahmer’ to ‘Everything Beautiful Is Far Away’

This Article is related to: Film and tagged Los Angeles Film Festival, My Friend Dahmer, On the Beach at Night Alone