From his upcoming Netflix production to an effort to preserve African films, Scorsese is on a crusade to keep the medium vital and relevant. 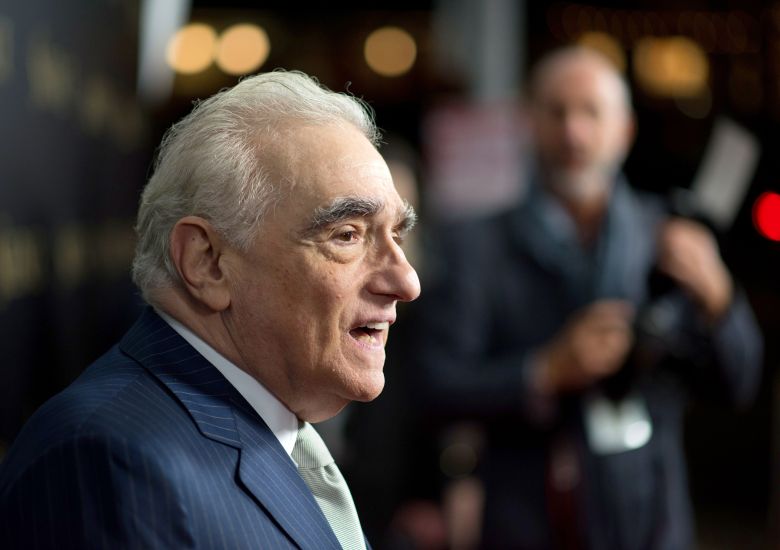 Martin Scorsese at the premiere of “Silence” in 2016

It means something when one of American cinema’s greatest auteurs and commits to working on a digital platform, big-screen experience be damned. That’s exactly what Martin Scorsese did by partnering with Netflix on his next project, the $125 million mob movie “The Irishman.” While the 74-year-old New Yorker delights in celebrating film history, he’s practical enough to know his movies must remain relevant in rapidly changing times.

The fast-talking cinephile has also moved into television (“Boardwalk Empire” and “Vinyl”), fought to preserve film history through archival efforts, and produced films from younger generations. By getting a handle on multiple facets of the moving image, he’s saving filmmaking from extinction in a fragmented media age, even as he contributes to the art form with his own vibrant and ambitious directing efforts.

“I do think, with the advent of digital, there’s good hope that the storytelling impulse will always be there,” he said in an interview near his office on 57th Street, pondering the future of the medium. “I don’t know what the technique will be, or what the format will be — whether it’ll be a one-inch screen on your wrist — I don’t know. But young people think differently than the way we thought when we saw films on the big screen. It’s very exciting, and in a sense there’s no more excuses for not being able to take your passion, if you have it, to create something with a visual aesthetic.”

Now, Scorsese’s forward thinking has extended to a landmark deal with UNESCO and the Pan African Federation of Filmmakers. On June 7, he launched the African Film Heritage Project, in which his Film Foundation’s World Cinema Project helps other entities restore some 50 African films. (The project technically began at Cannes with a restoration of Med Hondo’s 1969 effort “Soleil O,” which will later screen around the U.S.) It’s the latest bout of archival activism from Scorsese’s globe-spanning project to fill in the gaps of film history, but it ties into his broader agenda. “We have to combat the ignorance that is taking over the world,” he said. “It can only be done through knowing other people, learning about their culture and their values.”

Scorsese was drawn to African cinema a dozen years ago, when he discovered Souleymane Cissé’s 1987 supernatural drama “Yeelen” on television late one night. “I saw this incredible image come up,” he said. “This happens a couple of times. I discovered Wes Anderson that way… This was an African film. I was stunned by it. I said, ‘This is a masterpiece.’ I don’t know if I really understood what it was and I was fascinated by the culture, how it was made.”

Eventually, he connected with Cissé in France before accepting an invitation to visit him in Mali. That trip led the filmmaker to contemplate a broader archival project that stretched across the region, but when those plans failed to materialize, the UNESCO partnership started to take shape.

For the African film community, Scorsese’s efforts go a long way toward aiding the continent’s next generation. “People are inspired to make films. The question is what are their sources of inspiration,” said Aboubakar Sanogo, FEPACI’s American Regional Secretary, who joined Scorsese for the signing. “They see, essentially, Hollywood films… but very rarely African films — at least auteurist African films. The result of this is they’re often inspired by this model. Hollywood films belong to the world. But we aren’t nourished by African cinema. That is the problem. This is really one of the reasons why we’re doing this.”

The ripple effect reflects Scorsese’s other efforts to support filmmakers on the homefront. In addition to directing his own features every two to three years, he has repeatedly served as a producer on a range of projects. His support for Kenneth Lonergan’s beleaguered epic “Margaret” has been well documented, but more recently his name has turned up on much smaller productions. These include Angus MacLachlan’s “Abundant Acreage Available,” a minimalist drama starring Amy Ryan set in rural New York. MacLachlan, best known as the screenwriter of “Junebug,” struggled to find an audience for his first feature, the vulgar divorce comedy “Goodbye to All That.” But Scorsese took note, and reached out to the filmmaker to express his appreciation. When MacLachlan started work on “Abundant,” in which Ryan plays one of two siblings burying their father on his old farm and arguing about its future, he reached out.

“I screwed my courage to the sticking place and asked if he’d consider coming onboard,” MacLachlan said. “His manager called back and said yes, he’d like to support me as a filmmaker, which was thrilling, to say the least.”

When Scorsese signed on as a producer, MacLachlan found himself in the grips of an active new mentor. “He’s so busy, but I never get the sense that he wants to fly back to his own work, or is resisting checking his phone,” MacLachlan said. He found himself admiring the range of movie posters in Scorsese’s office — “On the Waterfront,” “Paisan,” “Black Narcissus” — and asked Scorsese if he ever gets tired. “He said that’s why he has the posters, to remind him,” MacLachlan said. “I was able to say to him that his works and career, and work ethic, gives me inspiration as I stumble along.”

Page 1 of 2
Continue Reading: How Martin Scorsese Will Save Filmmaking From Extinction — Exclusive Interview

This Article is related to: Film and tagged Martin Scorsese