...and better educations in one of the country's most underserved school systems. 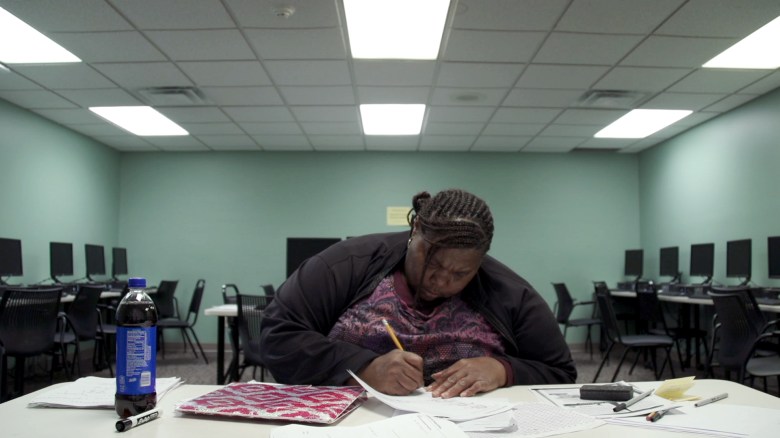 Emmy-winning director Andrew Cohn’s latest documentary, “Night School,” takes its audience inside the lives of a trio of American dreamers as they struggle to overcome conditions outside their control and a system that hasn’t made things any easier for them to achieve something incredible: earning an education.

Set in Indianapolis, which has one of the lowest high school graduation rates in the country, the doc follows “victims of circumstance and a broken system, Greg, Melissa, and Shynika are optimistic that they don’t need to be on the wrong side of statistics.”

The film “observes their individual pursuits, fraught with the challenges of daily life and the broader systemic roadblocks faced by many Americans as they strive to improve their lives in the face of adversity.” Cohn’s latest documentary outing premiered at the 2016 Tribeca Film Festival and is now set for a limited release.

The timely new film comes with an added bonus, as Oscilloscope will donate a portion of all proceeds from ticket sales to educational initiatives at Goodwill Industries’ McClelland Scholars, the organization featured in the film. You can buy tickets for the film’s New York City release at the IFC Center right here.

Check out our exclusive clip from “Night School” below, which features one of its subjects struggling to overcome what look like insurmountable odds.

“Night School” hits limited release on June 9 in New York City and June 23 in Los Angeles, with a further national rollout to follow.

This Article is related to: Film and tagged Night School, Video