Michael Cera and Abbi Jacobson star in this summer indie that evokes the best of Woody Allen. 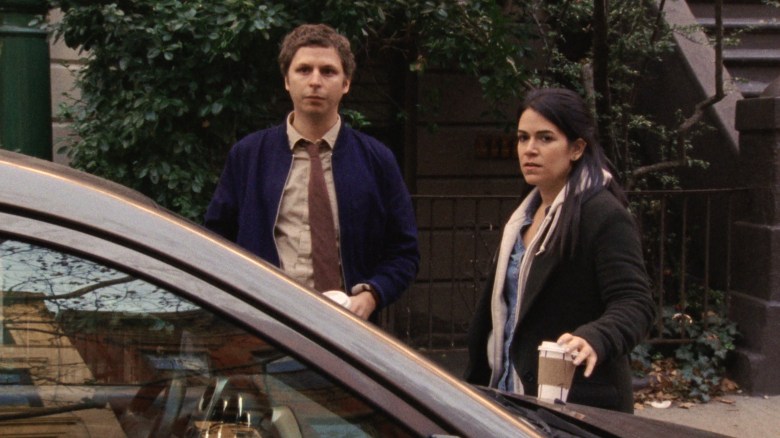 Dustin Guy Defa has been making a name for himself on the indie circuit with acclaimed short films like “Review” and his 2011 feature “Bad Fever,” but his profile is about to get a huge boost with the release of “Person to Person.” The movie was a Sundance highlight earlier this year and finds the writer-director evoking the best of Woody Allen’s scrappy New York City days.

“Person to Person” is set during a single day in New York City and follows a disparate group of characters all facing various emotional obstacles. Abbi Jacobson plays an investigative reporter trying to get through her first day on the job with help from her misguided boss (Michael Cera). Tavi Gevinson plays a rebellious teen attempting to balance her feminist ideals with other desires. Other story threads follow a young man seeking to reconcile with his ex-girlfriend and an avid music lover searching for a rare vinyl.

In his B+ review out of Sundance, IndieWire senior film critic David Ehrlich said, “Dustin Guy Defa’s ‘Person to Person’ is a gentle summer breeze of a movie that’s set during an early fall day. Amiably unstuck in time without feeling anachronistic, Defa’s second feature pulls off the trick of offering an analog version of New York in a digital age.”

Magnolia Pictures will release “Person to Person” in theaters, on iTunes, OnDemand and Amazon Video July 28. Watch the trailer below.