As the show returns for Season 4, industry pundits still don't seem to realize its ratings power – but here's why they shouldn't be surprised. 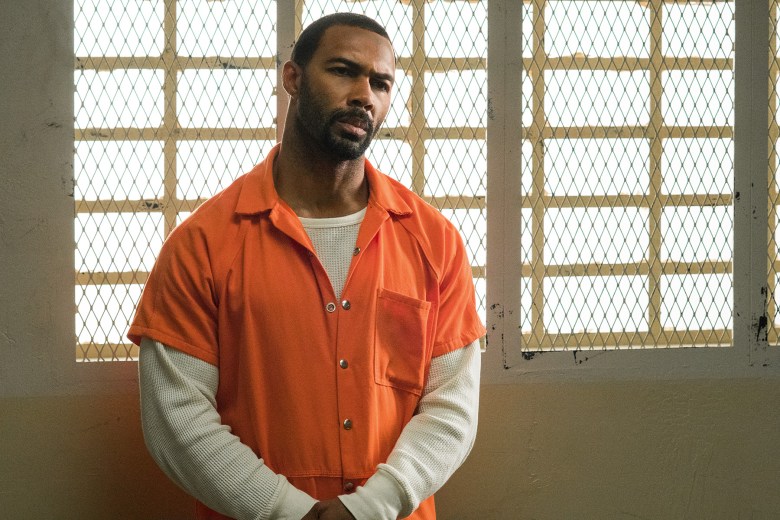 “Power,” which returns for a fourth season this Sunday, continues to be perhaps the most-watched TV series that the industry still isn’t talking about. But they should be.

Last year, the Starz drama was the second-most watched series on premium cable (behind “Game of Thrones”), according to the network’s data – which cumed more than 8 million viewers per episode via multiple platforms.

Credit for the show’s – and Starz’s – success goes to tapping into an African-American audience that has traditionally been underserved by the pay cable networks.

“The secret weapon is targeting audiences that are voracious watchers of television,” CEO Chris Albrecht said, “and would like to have something on there that is targeted toward them and is high quality.”

Courtney A. Kemp is the creator behind “Power,” which centers on the rich of Manhattan and the drug trade underworld that supplies their habits. Omari Hardwick as nightclub owner and drug kingpin James “Ghost” St. Patrick, while Naturi Naughton plays his wife, Tasha, and Lela Loren is Assistant U.S. Attorney Angela Valdes, who happens to be Ghost’s first love. Joseph Sikora also stars. Curtis “50 Cent” Jackson is among the executive producers.

As Season 4 begins, Ghost is in jail, having been arrested by Angela for the murder of an FBI Agent – a crime he did not commit. Per Starz, “His fight for redemption brings him face-to-face with the Feds, the media, new allies, and old foes. But the biggest obstacle for Ghost remains himself and his internal struggle between the man he wants to be and the one he really is.”

“Power” came to Starz after Albrecht, the former HBO boss who took over as CEO of Starz in 2010, began looking at ways to expand the network’s programming and differentiate it from HBO and Showtime. At a Paley Center event last year, Kemp said she brought “Power” to Starz at the right time, as the channel searched for that identity.

“There was no formula for what made a Starz show, so I was able to pitch what I wanted to do,” she said. “Chris is not afraid of black people and not afraid to put them on the air. I can’t say enough about how different that atmosphere is. He has a level of relaxation with the subject matter.”

Early programming efforts at Starz were targeted more broadly, and met with less success (“Magic City,” “Boss”). Since then, the decision to focus on female and African-American audiences appears to have paid off: The network reports 24.2 million subscribers, up 40 percent from where it was at the start of the decade.

“We’re in the business of growing the Starz business,” Albrecht said. “Let’s find groups who can become subscribers. With the opportunity in digital through wholesale or direct-to-consumer, we can find people in ways you couldn’t find them before. Now you can access directly for $8.99 a month. In a world where the average income of the Starz subscriber is less than the Showtime or HBO subscriber, there’s a real upside for targeting some viewers who have previously been unable to become customers.”

African-American audiences consume more television on average, and networks such as OWN and VH1 have also found success by targeting that demographic. “Power” is a phenomenon even as its audience skews heavily African-American – around 75 percent of all viewing. (The audience makeup for network’s comedy “Survivor’s Remorse” is similar.)

“[African-American audiences] are underserved in television, and yet we keep seeing reminders, especially now, of the power of the black dollar,” Albrecht said. “But if you look at the demographics of the [Hollywood] executive suits, it’s not a surprise that there aren’t more shows targeted like this.” That reminder was on display again last weekend at the box office, when the Tupac Shakur biopic “All Eyez on Me” did well despite tepid reviews.

“I think [competitors] are sticking their toe in the water, but they don’t make the full commitment,” Albrecht said of his rivals. (The handful of shows on premium cable featuring casts that are predominantly people of color include HBO’s “Insecure” and Showtime’s recent “Guerilla.”)

Albrecht also said the Hollywood business media has also been slow to pick up on the success of “Power” because of a similar blindness to shows they’re not watching.

“Power is a real success story, and no one would have bet on it, and the attention from the press [isn’t quite there],” he said. “It’s not a big franchise, it’s not pretentious, and in the minds of a lot of people who write it’s not cool. But in the minds of the fans, it’s one of their favorite shows on television.”

Starz has now found a healthy backend market for “Power,” as Seasons 1 through 3 were sold earlier this year to Hulu. “[New Starz parent] Lionsgate came in and did a great job selling the show to Hulu,” Albrecht said. “We think that can benefit the show by bringing in new viewers to the new season and we’ll still retain the right to keep the previous seasons on Starz on Demand and Starz app. It’s a win-win. When you have a successful product like that and people see it and start to come to it then it becomes more valuable.”

“Power” Season 4 premieres on Sunday, June 25, at 9 p.m. on Starz. The premiere episode is also available starting at 12:01 am June 25 on the Starz app and Starz On Demand.

This Article is related to: Television and tagged Curtis "50 Cent" Jackson, Power, Starz