Before directing "Transparent," Silas Howard was already a queercore icon, and had directed one of the most influential trans films ever made. Now, he's more influential than ever. 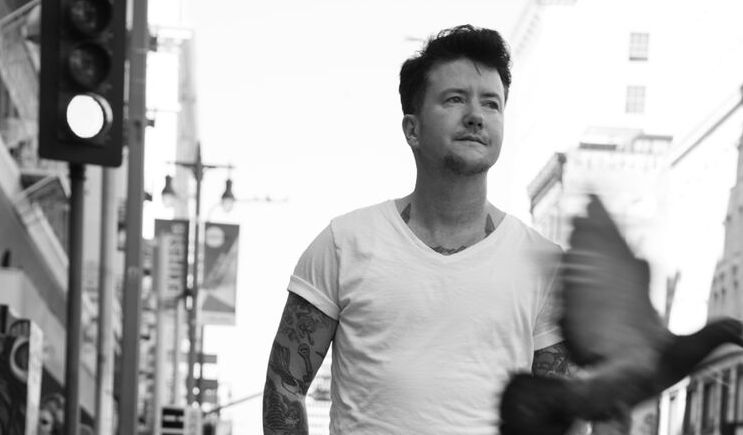 Silas Howard may not be a household name yet, but he still gets recognized on the subway. One recent spring afternoon in New York, an admirer stopped the filmmaker to tell him how much his work meant to him as a trans actor. Howard greeted the fan warmly, encouraging him to get in touch, and said that he would pass along his information to people looking for trans actors. Even as one of the most influential trans directors working today, Howard remains firmly connected to the community that raised him.

“I am not offended by being brought trans stories. I’m pretty stoked about that,” said Howard, when asked if he worries about being pigeonholed. “If they’re doing it for the wrong reasons, that’s okay. I would be really excited to work in trans stories for the rest of my life.” Silas Howard and Trace Lysette at the Independent Spirit Awards in 2017.

It also brought a lot more attention than Howard was used to from his punk rock days. (Howard played guitar for Tribe 8, a queer San Francisco punk band active throughout the 1990s). Though well known in queer circles, Howard was a relatively new presence in Hollywood. “The way the press treats you as a trans director, it’s like you’re born today. That part can be hard, when you’ve worked for a long time,” he said.

Howard arrived in San Francisco at the tail end of the AIDS epidemic, which had a profound effect on him and his art. “I think I am a diehard storyteller more than a diehard filmmaker,” he said. “I landed in a scene that was super high stakes, and it was really urgent. I found queer punk in that scenario. It was irreverent humor because everything was so fucked up, and a disproportionate amount of people were dying.”

Much like the Riot grrrl bands forming just up the coast in the Pacific Northwest, the impulse behind Tribe 8 was to create without fear of failure. “We were like: ‘We’re punk, we don’t know how to play, we’re just gonna break rules, just leap and look after,’” he said. Howard extended that same punk attitude toward his first feature, which he directed with his friend Harry Dodge, “By Hook or By Crook.”

A queer buddy comedy unlike any film before or since, “By Hook or By Crook” stars Howard and Dodge as two wayward gender outlaws who find kinship amidst a string of petty crimes. The movie premiered at Sundance in 2001, and won the audience award at SXSW in 2002. “We set out to do ‘By Hook or By Crook’ with no experience, just an urgent desire to tell a story of a friendship,” said Howard. “We were playing with this idea of going from being looked at to being seen. People just see these shapes of what you are or what you signify to them. In the scene where they’re running and they’re looking at each other — it’s this moment of recognition.”

Filmed before Howards’ transition,  “By Hook or By Crook” finds Shy (Howard) and Val (Dodge) never questioning each other’s gender. “He’s like me,” Shy tells his paramour of his new friend — and it’s left at that. “Film is so much about re-creating things in the world that maybe you want to change,” Howard said.

On the next page: How Silas’ upbringing shaped his groundbreaking cinema.

This Article is related to: Film and tagged A Kid Like Jake, Silas Howard, Transparent