Elizabeth Banks recently criticized the heralded director for a lack of female leads. She may be right, but the problem is systemic. 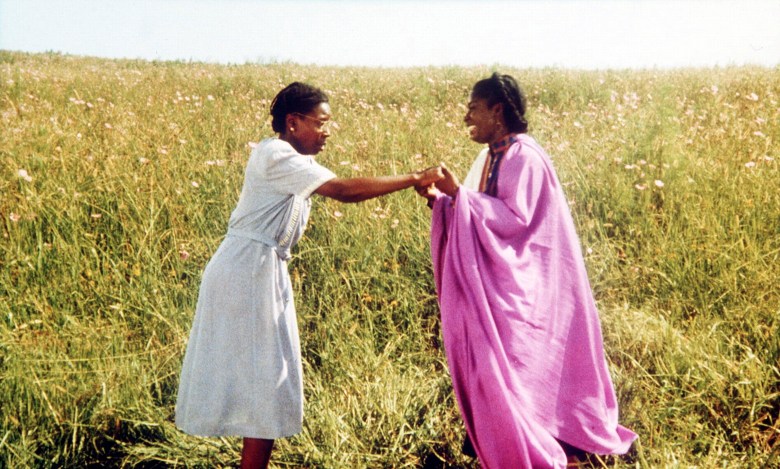 Steven Spielberg is the most famous filmmaker in the world, so it was only a matter of time before his lengthy filmography was scrutinized by 21st century standards. The Bechdel test was going to find him eventually.

The Bechdel test — coined by graphic novelist Alison Bechdel, it calls for a movie to have at least two named woman characters, who speak to each other about something other than a man — has its flaws, but it’s a simple, quantifiable way to measure whether a movie’s portrayal of women is credible. It’s not an issue that would have come up for Spielberg when he launched his career nearly 50 years ago, but times have changed.

READ MORE: LGBT Superheroes: Why ‘Wonder Woman’ Could Never Have Been The Lesbian Avenger We Still Need

At a Women In Film luncheon held on Tuesday, the actress and director Elizabeth Banks said Spielberg “never made a movie with a female lead.” Hedging her statement by saying she had seen every one of his movies, she added: “Sorry, Steven. I don’t mean to call your ass out but it’s true.” Banks was widely criticized for those remarks, in part because she neglected to consider “The Color Purple.” That seminal work of black, queer cinema not only passes the Bechdel test with flying colors, but practically defines “strong female lead” with the character of Celie Johnson (Whoopi Goldberg in an Oscar-nominated performance). But is it an anomaly? How many of Spielberg’s five highest-grossing films pass the Bechdel test? Thanks to this handy database, it’s easy to find out. Turns out four out of five do, but they’re all highly dubious:

Spielberg’s top-grosser ekes out a narrow pass, though it is disputed. Ellie (Laura Dern) and Lex (Ariana Richards) are both strong figures in the film, but they are surrounded by men. The two characters have a few very brief conversations, mostly one line back and forth. There is only one other woman in the film, and she doesn’t have a name. Still, Ellie and Lex are both strong characters who are not merely romantic interests.

This is another narrow pass, with mother and daughter Mary (Dee Wallace) and Gertie (Drew Barrymore) sharing surprisingly minimal interactions. There is a third female character listed as “Pretty Girl.”

“Indiana Jones and the Kingdom of the Crystal Skull”
Fail

Though the fourth in the franchise is the highest-grossing, it is worth noting that none of the “Indiana Jones” movies pass the test. Cate Blanchett’s Russian villain Irina Spalko was a fun addition to the universe, and Karen Allen’s return as Marion pleased nostalgic fans, but the two women never have a conversation in the film. Cate Blanchett in “Indiana Jones and The Kingdom of The Crystal Skull.”

“War of the Worlds”
Pass

Another narrow one. There is a short interaction between Rachel (Dakota Fanning) and her mother, Mary Ann (Mirando Otto) about a suitcase.

Another narrow pass, with a few short conversations between women. One involves Sarah Harding (Julianne Moore) shushing Kelly Curtis (Vanessa Lee Chester) when a T-Rex pokes its snout into their tent.

From the comments in the database, most of Spielberg’s films initially failed, until a few (mostly male) fans pointed out minor exchanges. Other top-grossers failed, except for “Jaws,” which receives yet another narrow pass. Considering the crowd-sourcing and nit-picking that went into these passes, the Bechdel test remains a flawed but helpful tool in assessing the autonomy of female characters and a movie’s overall attitude towards women. READ MORE: Steven Spielberg Does What He Wants: 6 Things Every Fan Must Know About Hollywood’s Biggest Director

Even as critics and fans celebrate “Wonder Woman,” many were disappointed to see Diana Prince (Gal Gadot) surrounded by a crew of men for much of the film. Steve Trevor’s (Chris Pine) ample screen time, especially in comparison to Antiope (Robin Wright) and Hippolyta’s (Connie Nielsen) too-short scenes, also rankled viewers who had high hopes for the first female-led superhero movie. “Wonder Woman” easily passes the Bechdel test, but lacked meaningful relationships between women.

Needless to say, mainstream American movies as a whole are not passing the test with flying colors. Banks may have been right to note that Spielberg’s filmography has been generally weak on women, despite one very positive outlier. But at the end of the day, he’s not the biggest problem facing the industry so much as a symbolic representation of system-wide dysfunction. Spielberg, and Hollywood, continue to churn out new movies — and as long as they do, the Bechdel test will be ready to do its job.