Damon Lindelof, Tom Perrotta, and Mimi Leder shared one last goodbye at the ATX TV Festival and provided more answers in the process. 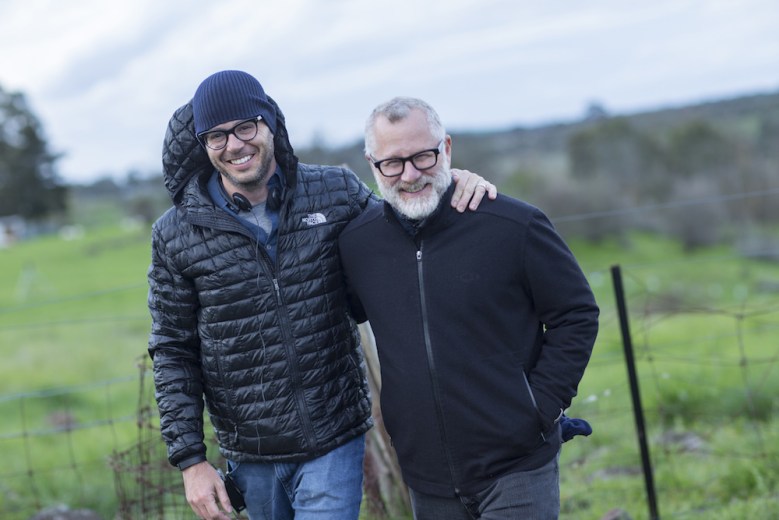 Damon Lindelof and Tom Perrotta in production on “The Leftovers”

In the days that have followed “The Leftovers” finale, the creative team behind it has been offering quite a few answers. We’ve learned that Grace (Lindsay Duncan) went to jail, but Senior (Scott Glenn) did not. We found out the reason Laurie didn’t kill herself. We even know the one question that won’t be answered.

But how have the creators felt about the reaction to the finale?

“I’m just really relieved no one asked me if they were dead the whole time,” Damon Lindelof said, speaking at the ATX Festival on Thursday afternoon.

Lindelof has a history with ambiguous answers, but he — along with fellow co-creator Tom Perrotta and director/producer Mimi Leder — gave quite a few definitive ones during the hour-long panel. Led by Variety TV Critic Mo Ryan, the trio revealed a few secrets about the finale as well as the series that preceded it. Below are the highlights. Reactions to the Reactions

Aside from Lindelof’s “Lost” joke, the group expressed deep sincerity for both the writing done by critics and viewers throughout the series’ run, but especially following the finale.

“It humbled me, and it made me cry a lot,” Leder said. “It’s a joy to read everything that’s being written.”

“The show has been a lot about faith and religion, and I think the finale put that into action,” Perrotta said. “It asked the viewers and the characters to believe in a story.”

“Everyone who believes Nora’s story just joined a religion,” he added, smiling.

“I think it does feel epic,” Lindelof said, crediting Leder’s direction and Carrie Coon’s performance for bringing a simple story to dramatic life. “On the page, it says Nora climbs the hill and frees the goat, but you and Carrie made it so much more. And the goat is OK.”

READ MORE: ‘The Leftovers’: Damon Lindelof on the ‘Tremendous’ Debate Over the Finale’s Biggest Twist — ‘Everybody Was Depressed’

But What About That Story?

Though most of the conversation focused on the series from a broader perspective, the first audience question focused on belief and whether or not we’re meant to trust Nora’s final story.

“It was the most important moment in the whole series,” Leder said, noting how they did a few takes, but Coon and Justin Theroux really nailed it from the start.

“Any story that allows her to come out of her isolation and be with him is OK by him,” Perrotta said. “It’s not so much a matter of truth as just pragmatics.”

Nora as a guilty remnant

The same audience member asked the creators to talk about the moment directly preceding Nora’s story: when she took out a cigarette, aimed to light up, and then put it away.

Though it could be explained practically by Kevin’s heart condition (and Nora not wanting to hurt him), Lindelof agreed that the simple act was meant to be a powerful indicator of Nora’s vulnerability. By smoking, she was accepting her self-ascribed fate as a lone individual; one who was going to stay that way. By putting it away, she was opening up the door to Kevin, if he happened to believe her.

Lindelof, noting an article he read online, said he was struck by the idea that Nora wasn’t part of the Guilty Remnant, but was a guilty remnant herself. She was leftover and remained torn up about it — all the way through her final story.

And there were GR markers in the scene: She was talking, yes, but she also wore white and pulled out a pack of cigarettes, Lindelof said. “Her decision to stop smoking is her decision to come out of the Guilty Remnant.”