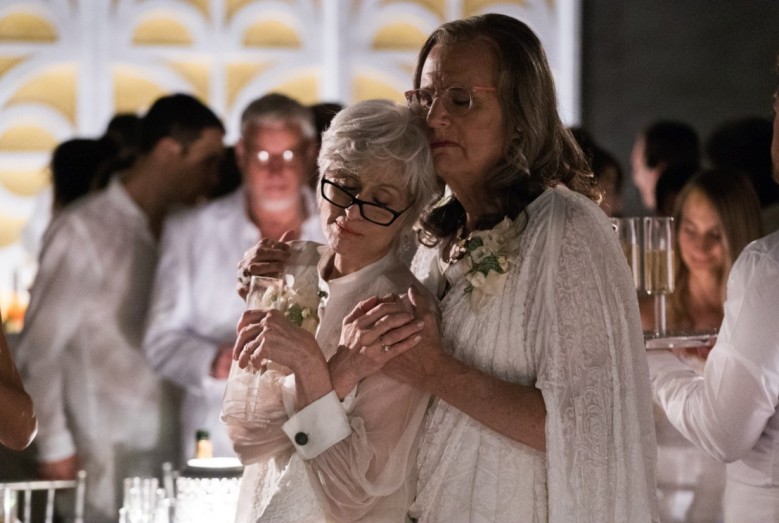 Amazon isn’t a river in Egypt. But it is in denial.

The online retail giant’s original streaming service, Amazon Prime Video, has earned critical praise for series like “Transparent” and “Catastrophe.” But despite spending heavily on a massive For Your Consideration campaign (including a pricey installation at the Hollywood Athletic Club), the service landed just 16 Emmy nominations — same as last year.

In an otherwise big Emmys growth story for digital platforms, Amazon was the exception. Netflix led the way with a whopping 91 nominations, up from 54 last year, while Hulu got into the race with 18 nominations, vs. two in 2016. Last year, Amazon landed an outstanding comedy nod, for “Transparent;” this year, it did not receive a single top series nomination. (Amazon did do well in crafts, including several for “The Man in the High Castle” and “Mozart in the Jungle.”) Insiders at the streaming service say the low number doesn’t bother them, since awards don’t necessarily drive subscribers or viewership. Netflix produces eight to 10 times more series, so it’s natural that it would have more nominations, and Hulu’s gains come thanks to breakthrough “The Handmaid’s Tale,” just as “Transparent” served as Amazon’s breakthrough a few years earlier.

However, there’s a reason networks and studios plow so much money into big awards campaigns: In a competitive world where thousands of original TV series battle for audience, brand matters.

And as networks like HBO, FX, and AMC have learned, Emmy recognition adds luster to brands looking to establish credibility with audiences and inside the industry. That awards and critical-acclaim halo is necessary to attract more top-tier talent, and give consumers a reason to see you as a must-have channel or service. In one of its final reports before closing down this spring, Symphony Advanced Media – the company that earned the ire of Netflix for its attempt to measure streaming audiences — noted that Amazon’s audience share was lower than Netflix and Hulu, even on weekends (when streaming viewership is highest).

Rivals say Amazon’s highbrow fare limits its audience. However, the service also has an awareness problem, even with Amazon Prime subscribers.

Some of it might come down to confusion over the name. Given the online retailer’s early history selling physical video copies, “Amazon Prime Video” sounds a bit retro. But Amazon has so many different divisions and names for its products that users may not even realize what’s what — especially when Amazon uses the same name to refer to free shipping, SVOD for movies, and original television.

“Amazon” (1994) is the online retailer founded by Jeff Bezos. “Amazon Prime” (2005) is its subscription service that offers two-day free shipping, along with access to streaming video and audio. “Amazon Studios” (2010) produces original films and TV shows, which are made available on “Amazon Prime Video.” (Last year, the film division of Amazon Studios was rebranded as Amazon Movies.)

None of this should be confused with “Amazon Prime Pantry” (grocery delivery) “Amazon Prime Air” (instant delivery via drone) or “Prime Now” (one-hour non-drone delivery). Nor should it be mistaken for “Amazon Video,” the umbrella Amazon video player that offers on-demand TV shows and films rentals (or purchase), in addition to the streaming Prime Video offerings. You can utilize Amazon Video even if you’re not a Amazon Prime member. But non-subscribers can’t watch Amazon Prime Video on it. (Got that?)

This Article is related to: Awards and tagged Amazon, Emmys, Hulu, Netflix