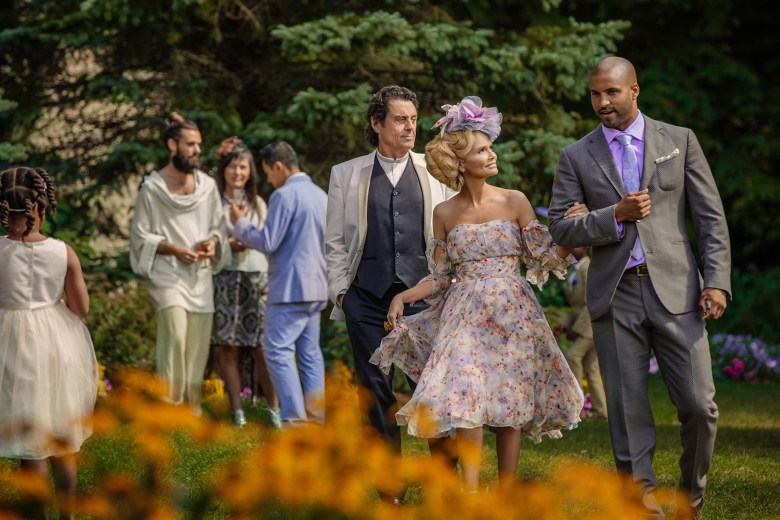 Starz chief Chris Albrecht wasn’t able to confirm exactly when we might see another season of “American Gods.” However, he did tell journalists at the Television Critics Association summer press tour that there’s no end in sight for the supernatural fantasy drama.

“Gods” has already been renewed for a second season, which is good news for fans, given that the first season didn’t even get through half of the story told in Gaiman’s original novel. But Albrecht wasn’t able to say when Season 2 might happen: “It’s a difficult show to make because there are a lot of people to wrangle.”

And he’s not exaggerating. The talented cast includes Ricky Whittle, Ian McShane, Emily Browning, Betty Gilpin, Pablo Schreiber, Cloris Leachman, Jonathan Tucker, Kristen Chenoweth, Gillian Anderson, and Orlando Jones, all of whom are performers with no shortage of other projects in the works.

Just a few examples: Anderson will soon be reprising the role of Dana Scully on “The X-Files,” McShane might find himself starring soon in a film version of “Deadwood” for HBO, and hopefully Gilpin will be at the center of a new season of Netflix’s excellent wrestling dramedy “Glow.”

Fuller also has a number of projects in development at various networks, while Green has become a massively in-demand feature screenwriter after writing the script for this year’s “Alien: Covenant,” “Blade Runner 2049,” and “Murder on the Orient Express.”

Albrecht said that Starz is “committed to getting the show on the air as soon as possible.” Don’t look for the next chapter in this story anytime soon, but hopefully viewers will find out what’s in store for Shadow Moon and Mr. Wednesday sometime before 2020.