Before "The Babadook" was a gay icon, there was Nomi Malone and Jessica Rabbit. 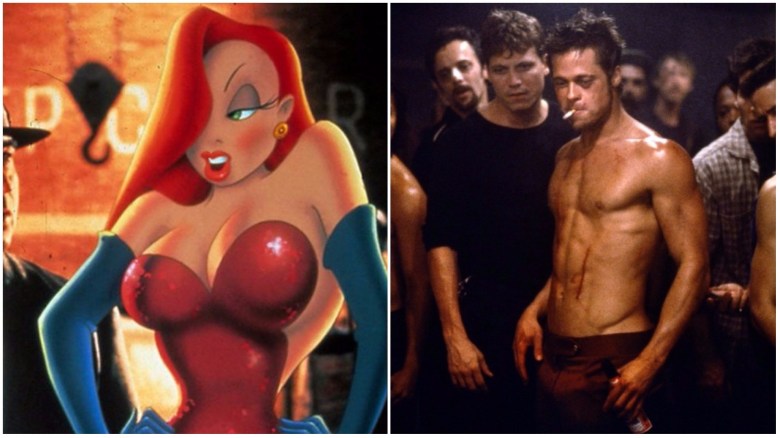 Hanky codes. Septum piercings. A knowing glance. Since we’ve been around (at least as far back as ancient Greece), queer people have learned to read between the lines to find kindred spirits out in the world — and onscreen. While straight cinephiles scratched their heads at the recent claim that Jennifer Kent’s “The Babadook” is a queer icon, LGBT audiences were unsurprised: We have always known how to make our own fun.

Old Hollywood movies had to dance around overtly queer stories, although that didn’t stop them from scoring big with thematically queer classics “Some Like It Hot,” “Rope” and “Rebecca.” (To say nothing of any movie musical ever made). The tides of change slowly but surely progressed throughout the ’70s and 80’s, on to the New Queer Cinema boom of the ’90s. However, even after the success of “Moonlight,” it’s still difficult to finance an explicitly queer film, and LGBT filmmakers often have to fight to avoid being pigeonholed.

That’s why there will always be value to the cinematic equivalent of a lingering gaze or an aggressive piercing – movies that are so queer they hardly need to announce it. In the spirit of honoring our coded past, here are five queer films you didn’t know were queer. (Or maybe you did, but your straight friends didn’t.). Love follows no rules in this groundbreaking neo-noir comedy from Robert Zemeckis – a commercial Hollywood heavyweight who probably has no idea how queer his film really is (making it all the more fun to discuss). You’d be hard pressed to find a more iconic cartoon than Jessica Rabbit, whose voluptuous figure in elegant gowns appeal to queers of all stripes, albeit for very different reasons. (A true femme fatale: femmes want to be her, and femme-admirers want her).

She also has much in common with the SlutWalk feminists who chant, while topless, that their short skirts are not an invitation to street harassment. When Jessica says with husky relish, “I’m not bad, I’m just drawn that way,” she gives voice to every queer person whose body does not fit inside societal lines. Drawn precisely to be the most-exaggerated caricature of a “desirable” woman, Jessica wears the trappings of femininity like a costume. In essence, she’s a drag queen.

READ MORE: ‘The Devils’ Is Just As Blasphemous, Bawdy, and Relevant Today As It Was When It Was Banned In 1971

She rebels by using her sex appeal to get what she wants from men, and then ditching them for her true love, Roger Rabbit. Throughout the movie, no one understands what Jessica sees in Roger. For one, he’s a rabbit — and kind of a nuisance. But, as Jessica tells Eddie (Bob Hoskins) in a later scene, he makes her laugh. In many ways, Roger is the clown inside of every queer kid who felt the need to entertain lest they lose the love of their parents or the approval of friends.  Though they are an odd couple, Jessica and Roger are both ‘toons in a world that views them as second-class citizens. An apt metaphor for any minority in Hollywood, they are undercompensated and appreciated only for their entertainment value. In his suspenders and her heels, they’re the very picture of a perfect ’50s butch/femme couple — down to the height difference. (And let’s not forget about that bondage scene over the boiling vat of “Dip.”) Vanessa Redgrave and Oliver Reed in Ken Russell’s “The Devils”

On the next page: Films by David Fincher, Paul Verhoeven, and Penny Marshall.

Page 1 of 2
Continue Reading: The Best Queer Films You Didn’t Know Were Queer, From ‘Fight Club’ To ‘Who Framed Roger Rabbit?’

This Article is related to: Film and tagged A League of Their Own, Fight Club, LGBT Cinema, Queer