"There's a couple of ideas already in mind," co-creator Charlie Brooker said about making potential sequels to some of the series' best episodes. 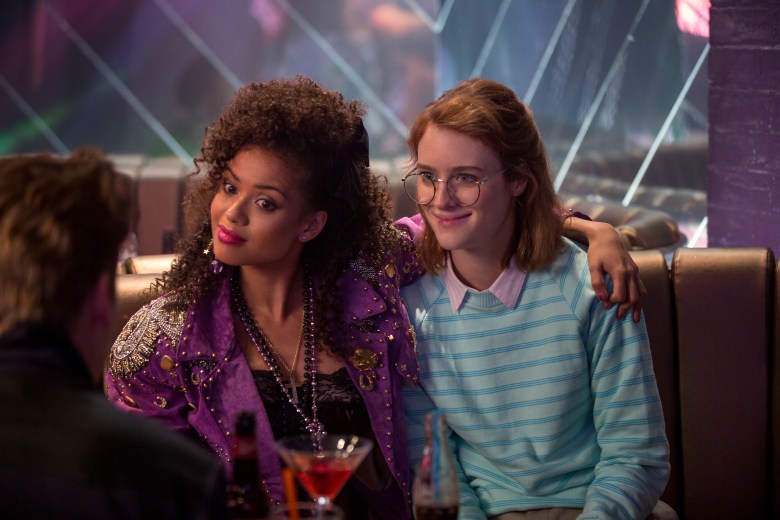 It’s a great time to be a “Black Mirror” fan. The anthology series’ third season debuted on Netflix last October and earned serious buzz, with episodes like “Nosedive” and “San Junipero” breaking out and becoming some of the series’ most talked about installments. The latter even earned two Emmy nominations, one for Outstanding TV Movie and another for Writing for a Limited Series, Movie, or Dramatic special.

Fans have been wondering when the series will return for a fourth season, and unfortunately it doesn’t seem likely that it will be this year. Joining Variety on its Remote Controlled podcast, co-creators Charlie Brooker and Annabel Jones confirmed they are currently in the middle of filming the sixth and final episode of Season 4. Because of the lengthy post-production process required for each episode, you shouldn’t expect the season to be ready by October, which will mark a year since Season 3.

The creators remained tight-lipped about the upcoming season, although Brooker did say the overall theme is leaning towards “unpleasantness.” In other words, it’s typical “Black Mirror.” Jodie Foster will be directing one of the six episodes, but other details aren’t being given. When asked if any movie stars would be appearing following Bryce Dallas Howard’s acclaimed work in “Nosedive,” Jones shot down any rumors.

“It’s wonderful to have that level of talent and that caliber of talent on the show, but we tend to sort of cast for the role and work with the director and find the best person for that role,” Jones said. “If they happen to have a great profile that’s helpful, but it’s not a prerequisite. Because it’s individual films, we don’t need a big name to carry that series of 10 episodes. We can just find the right person.”

A more intriguing tidbit was Brooker’s revelation that episode sequels are still on the table, whether they happen in Season 4 or beyond remains to be seen. Said Brooker on the topic:

We’ve had ideas for sequels to stories as well, which is something we haven’t entirely explored. I wouldn’t be averse to it. There’s a couple of ideas already in mind but we’re sort of thinking about practically how we could do that and when the right time to do that would be. Potentially.

It turns out we might actually get a “Mr. Pig” or “San Junipero” sequel at some point. The first three seasons of “Black Mirror” are currently streaming on Netflix.