Kristofer Hivju took a simple stage direction and ran with it. 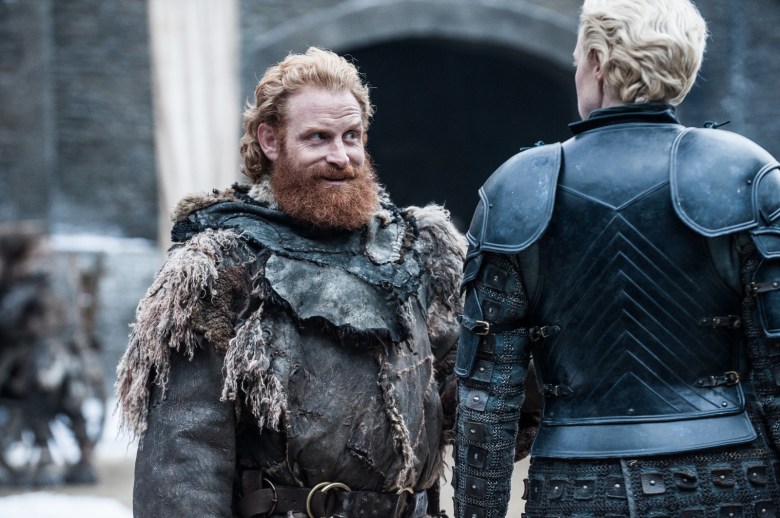 To know Brienne and Tormund is to ship them, but it turns out the potential “Game of Thrones” romance wasn’t exactly planned in advance. Showrunners David Benioff and D.B. Weiss just revealed in a new Entertainment Weekly interview that Westeros’ favorite will-they-or-won’t-they pairing is based on a vague stage direction that Kristofer Hivju made his own.

READ MORE: ‘Game of Thrones’ Season 7 Photos: Get You Someone Who Looks at You the Way Tormund Looks at Brienne of Tarth

“It’s great because there was no dialogue written for that, or major stage direction, there was just a line like, ‘He stares at Brienne because he’s never seen a woman like that before,'” Benioff told EW of Tormund and Brienne’s burgeoning romance. “And then we let the actors do what they do.” Hivju has taken it even further since then, giving Gwendoline- Christie’s battle-ready character more than a few flirtatious glances.

READ MORE: ‘Game of Thrones’ Season 7: This Mysterious Clash Could Make ‘Battle of The Bastards’ Look Like A Fist Fight

As always on “GoT,” we should be wary of getting too happy about all this — that’s when something bad happens. “We need to kill one of them now because there can’t be a happy ending or any romantic connection on the show,” joked Benioff. “But we’re not going to tell you which one.”

This Article is related to: Television and tagged Game of Thrones, Gwendoline Christie