The surprise success of "47 Meters Down" has the founder and chairman of Entertainment Studios on a mission.

By Michael Nordine and Dana Harris-Bridson 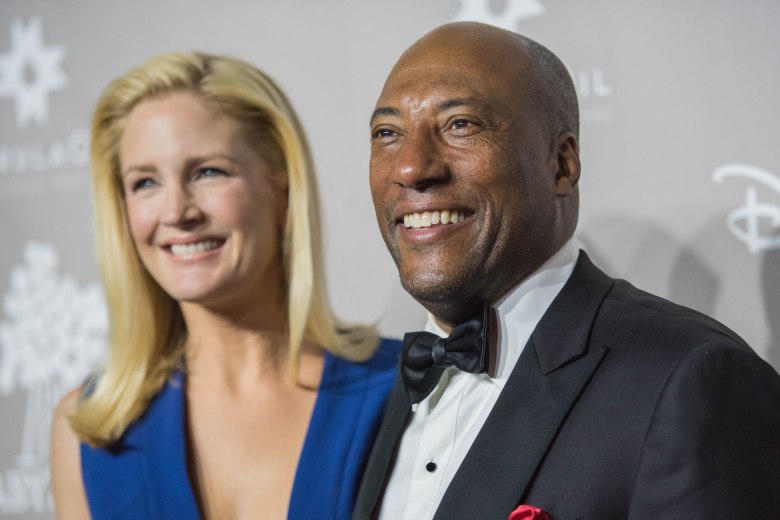 Summer is rarely the kindest season for indie film, but this year one title stood out: “47 Meters Down,” released by Byron Allen’s Entertainment Studios. The Mandy Moore shark movie, which the distributor rescued from Dimension Films moments before it went direct to DVD, has earned over $42 million in its domestic release. It’s impressive — but Allen scoffed at the idea of becoming the new king of independents.

Allen, who began as a stand-up comedian, has the ambition to be a modern-day Walt Disney — or, he could be a 21st-century Don Quixote. As founder, chairman, and CEO of Entertainment Studios, Allen makes over $100 million annually syndicating and selling ad time on low-budget shows like “Comics Unleashed” and “We the People With Gloria Allred,” which he also broadcasts on his eight TV networks that include Cars.TV, Justice Central, and Pets.TV.

For him, “47 Meters Down” speaks to his ability to “take the studio crumbs and make a loaf of bread” — but it’s only the first step in a much longer game of becoming the biggest media company in the world. Currently, ES has “a couple hundred” employees, but he launched the company in 1993 with one series, “Entertainers With Byron Allen.”

During a two-hour interview at his Century City offices (he also has a Culver City studio), Allen came across as a big presence with a yen for storytelling and an eye for opportunity. He’s also the plaintiff in a $10 billion racial-discrimination lawsuit against Charter Communications — not a move you’d expect from a would-be major studio chief — and was the highest Sundance bidder on Nate Parker’s “The Birth of a Nation.” (He thanked the movie gods that didn’t work out.) At the 2017 festival, his big bid was on Dee Rees’ “Mudbound,” which went to Netflix. Byron Allen with his family and “47 Meters Down” star Claire Holt at the film’s premiere.

“His ambition is positive for the business,” said Kevin Iwashina of Preferred Content, who negotiated the deal that brought “Served Like a Girl” to ES. “I believe he wants to be associated with meaningful content. He spent significant time with the filmmaker expressing his passion for the issue of homeless female veterans. It was clear he had an emotional connection to the film.” Mandy Moore in “47 Meters Down”

At its peak, “47 Meters Down” went to 2,471 theaters — an outcome far removed from the film’s original fate. Back in 2016, Allen heard the Weinsteins weren’t interested in a theatrical release for the movie directed by Johannes Roberts, who had a track record of low-budget thrillers like “The Other Side of the Door” and “F.” Allen made an offer, but had a hard time making a deal. Finally, he decided to take matters into his own hands: As it happened, Bob Weinstein was his Malibu neighbor. “I just walked up on [Weinstein’s] deck and I said, ‘Let’s get this done.’”

They got to talking and came to terms. And then, one Friday in July, Weinstein wanted his money. Now.

Page 1 of 2
Continue Reading: Byron Allen Released the Highest-Grossing Indie of the Year, but Won’t Be Satisfied Until He’s the Next Walt Disney

This Article is related to: Film and tagged 47 Meters Down, Byron Allen, Entertainment Studios