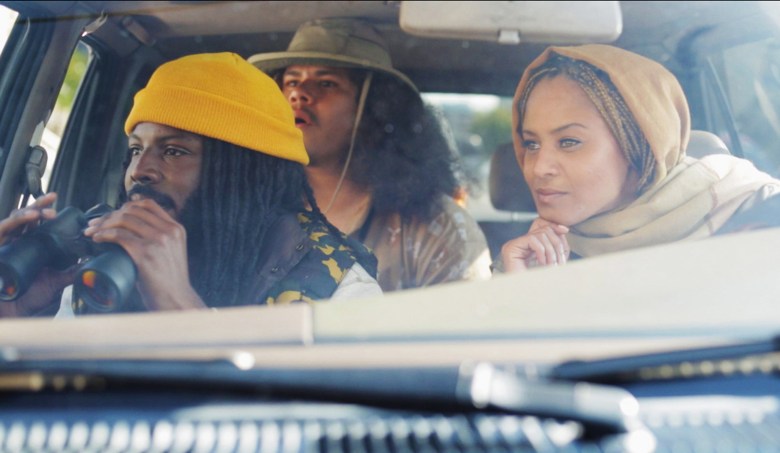 As New York Magazine recently made clear in an anxiety-producing cover story, climate change is accelerating at a rate much faster than even scientists’ most alarming predictions. As fewer resources are stretched between more people, the gentrification of urban areas will continue to displace folks from their homes. Enter “The North Pole”: A smart and stylish web series that manages to find the funny amidst the worries about gentrification and climate change.

Set in North Oakland, California, from which the series takes its name, “The North Pole” follows three friends as they struggle to stay afloat amidst a rapidly changing neighborhood. They fight, dream, and plot half-baked schemes to save the place they call home. They will have to combat evil landlords, crazy geoengineering plots, and ultimately each other if they want to stay grounded.

“We wanted to make ‘The North Pole’ because there’s no place on earth like Oakland,” said filmmaker Josh Healey, who created the series with Yvan Iturriaga and Darren Colston. “Until Neil de Grasse Tyson tells me otherwise, there’s no planet in the universe like earth. I call both these places home—and both are suffering through their own kind of ‘climate change.’ At a time when whole communities and environments are being displaced and disposed of, ‘The North Pole’ is our creative picket line-turned-comedy roast.”

Check out the exclusive trailer below:

For more information on the series, head to the project’s website.

This Article is related to: Television and tagged Digital, Trailers, W. Kamau Bell