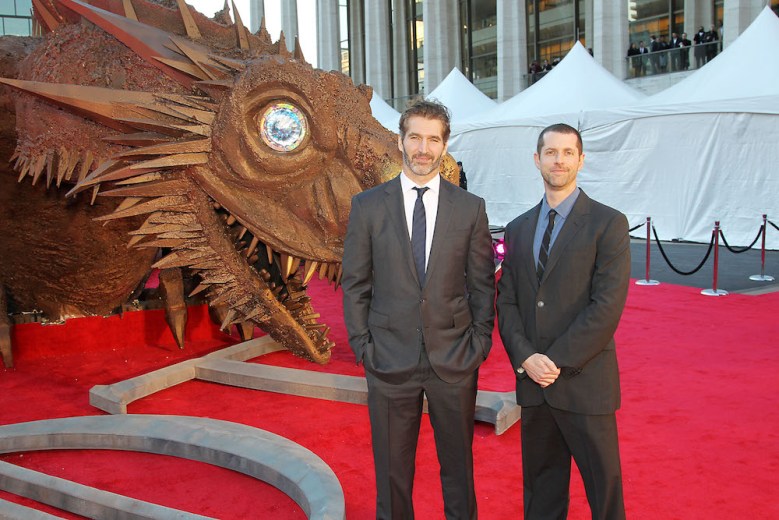 If he had the chance to do it all over again, HBO president Casey Bloys wouldn’t have announced “Confederate” via a press release.

“We could have done a better job with the press rollout,” Bloys said to critics at the Television Critics Association press tour, admitting that while they had anticipated triggering controversy, he wished they’d taken a different approach. Specifically, he said that he wished they had let executive producers David Benioff, D.B. Weiss, Nichelle Tramble Spellman, and Malcolm Spellman lay out their vision for the show right from the beginning.

Announced last week, “Confederate” aims to explore the question of what would happen if the South had won the Civil War, but immediately triggered massive debate given the issues regarding race invoked by the premise. (In the world of “Confederate,” slavery has evolved into a “modern-day institution.”)

Nothing has been written yet, Bloys mentioned, and the producers are all following the response to the idea, which he called “valuable” as the team proceeds with the writing.

“There is a high degree of difficulty to getting this right, but if you get it right, there’s a real opportunity of advancing the racial discussion in America,” he said.

“If you can draw a line to [issues like] voter suppression, mass incarceration and our past,” then Bloys believes that “Confederate” will be “a risk worth taking.”

“The bet for us is on our talent,” he said. “We have a long history of betting on our talent, and we hope that people will judge the actual material. We will rise and fall on the strength of that material.”

“These four writers are at the top of the game and this is what they’re passionate about,” Bloys added. “I’m going to bet on them.”

His final hope? “All we can do is ask people to judge the final product — not what it could be or might be.”

In other hot-button news about race, Bloys addressed what some are seeing as an apparent case of whitewashing in casting the HBO movie “My Dinner With Hervé.” When one reporter pointed out that Peter Dinklage, who will star in the film as the “James Bond” and “Fantasy Island” actor, is white and not Filipino like Villechaize, Bloys first denied the problem. He claimed that Villechaize’s brother rejected the idea that they were Filipino at all. According to most biographical information online, Villechaize is listed to be of English and Filipino descent.

Even if Villechaize’s ethnicity were confirmed to be Filipino though, Bloys feels that the ends justifies the whitewashing means because at least the story would be told. “I don’t think anyone like him has really been humanized like that [onscreen] before… having gone through this experience of acting in Hollywood [and how it] takes a toll.” Bloys also mentioned that he had discussed the race issue early on, but that it was Dinklage’s “passion project” to dramatize Villechaize’s life.

Villechaize had proportionate dwarfism, which in some ways opened doors for him in Hollywood, but also created psychological and physiological issues for him. Villechaize tried to kill himself several times throughout his life, and in 1993, he finally committed suicide at age 50.

This Article is related to: Television and tagged Casey Bloys, Confederate, HBO, TCA