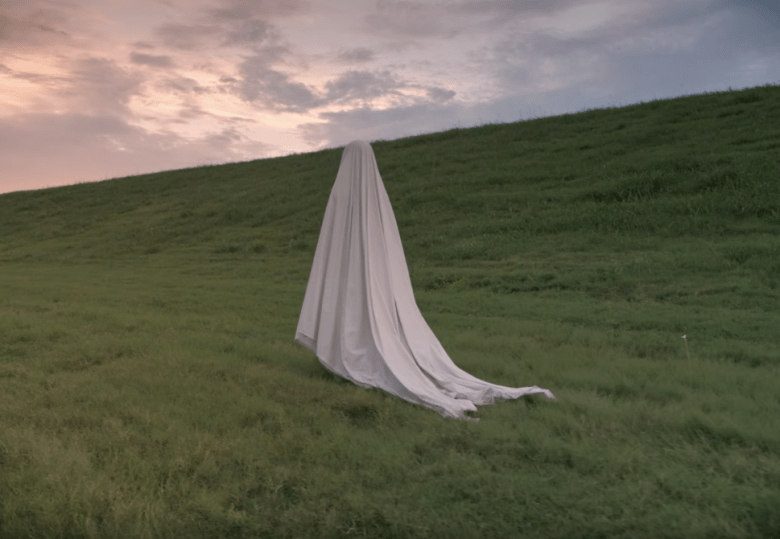 At its heart, “A Ghost Story” is a meditation on the enormity of time. It’s a topic writer and director David Lowery has on his mind quite a bit, so much that he can turn simple matters in his personal life into an existential crisis.

“I remember wanting to buy a vintage movie poster on eBay,” said Lowery, when he was a guest on IndieWire’s Filmmaker Toolkit podcast. “[T]hen thinking, well, I shouldn’t spend the money on this because in 200 years I’m going to be dead and a million years after that the poster’s not going to exist anymore, so what’s the point.”

The jumping off point for “A Ghost Story” stemmed from an argument Lowery and his wife were having about moving out of their small rental house in Dallas. Just like with the poster, Lowery couldn’t help rationalizing the issues at the heart of this disagreement on a larger temporal plane, except this time he decided to make a film about it — with Casey Affleck and Rooney Mara standing in for the real-life couple.

The presentation of time in the film was one thing Lowery planned out well beforehand. The idea was the first half of the movie would be incredibly slow, but the flow would change as the story made bigger jumps in time. In the script, he put detailed descriptions of how long he would hold shots and the eventual time jumps. The one thing Lowery left to figure out on set was the approach to how to capture this with the camera.

“We were kind of shooting in sequence, and so we’d reached that point in the shoot and we’d spent so much time with camera locked off [static on a tripod] for very long periods of times,” said Lowery. “We just felt it was time to change gears and let the language of the film evolve.”

Lowery decided that, as time started to become more fluid, so does the camera.

“We just decided to [let] the camera sort of float around the space, as oppose to being rigidly formalist in its approach and that was very conducive to the way time starts to flow,” said Lowery. “We changed our approach again and the film gets much cuttier and the edit gets much more pronounced.”

READ MORE: How a Chance Encounter With Terrence Malick Turned Trey Edward Shults Into a Filmmaker

While they were shooting and experimenting with visual presentation of time, Lowery felt it was important there be an onset editor so they had an idea of what they had and what was working. Lowery, an accomplished editor before becoming a feature filmmaker, didn’t have the headspace to do it himself after full day of shooting, so his friend and collaborator, filmmaker Shane Carruth — Lowery edited Carruth’s Sci-Fi time bender “Upstream Color” — came down to Texas to assemble footage and hang out on set.

Lowery says he got a lot more than an on set edit from Carruth, who helped him open new doors of how to tell the story. David Lowery on set of “A Ghost Story”

“Because he does mess with temporality in his movies, he took what was a very rigid script and ignored it as he was putting the footage together and just started to mess with the sequencing of events and really just made something that flowed in a cinematic fashion,” said Lowery.

One of the keys changes in Lowery’s originally linear story was taking the scene where Affleck’s character plays Mara’s the song he’s written for her, deciding it would work far better later in the film.

“I didn’t really think this movie could get flexible in the way it ultimately did and as he was putting stuff together like, ‘of course it can, this is a movie, this is cinema, people are going to know what your intent is when you jump backwards and forwards in time because they know how time works, so don’t be worried about it,'” said Lowery. “That was a greatly liberating discovery…it really broke me out of the concept that it needed to be a 100% rigid approach to time.”