TCA: Details on the show, based on the edgy 2015 novel, and when it will premiere. 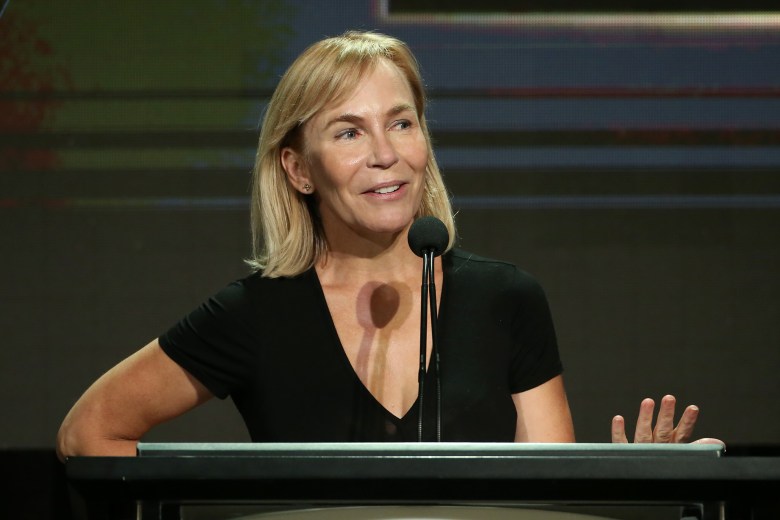 AMC has ordered a 10-episode adaptation of “Dietland,” the 2015 novel about weight loss and beauty, from executive producer Marti Noxon (“UnReal,” “Buffy the Vampire Slayer”).

The novel, written by Sarai Walker and released in 2015, takes place in the beauty industry and mixes character drama and revenge fantasy to explore society’s obsession with weight loss and beauty. Kirkus Reviews called the book “part ‘Fight Club,’ part feminist manifesto, an offbeat and genre-bending novel that aims high.”

Noxon, who will direct the first several episodes of the series, elaborated more about the show on Saturday at AMC’s portion of the Television Critics Association press tour. Noxon said she was concerned at first that she wouldn’t find a home for “Dietland,” which she noted features a “funny and poignant” story that “you can’t quantify.”

But it’s also dark: The main character is morbidly obese, and finds herself being pulled between two feminist cults.

“Her whole journey the first season is whether she’s being brainwashed to be a killer,” Noxon said. “It’s savage, for all the people who feel, ‘enough.’ Enough racism, enough sexism, enough being told that were not enough. It feels so timely and they get every part of that. I’m grateful I get to make this exciting show, unlike anything else on TV.”

Prep begins on the show in September in New York, and “Dietland” will premiere in 2018. The show’s writers’ room has been open for several months under AMC’s “scripts-to-series” development plan, in which AMC bypasses the traditional pilot and orders a series after seeing several scripts. Other shows developed through that path include the recent Pierce Brosnan drama “The Son.” About half of the “Dietland” scripts have already been written.

“This series, populated by unforgettable characters and unique storytelling approaches, will focus a wickedly entertaining lens on issues as diverse and divisive as dieting, dating, beauty and the many societal expectations that continue to dominate our culture and consciousness,” said Charlie Collier, president of AMC, SundanceTV and AMC Studios. Noxon’s credits also include AMC’s “Mad Men,” as well as “Sharp Objects” and “Girlfriends’ Guide to Divorce.” “Dietland” was the first project developed by Noxon at Skydance under her deal with the production company.

Noxon’s feature directorial debut, “To the Bone,” is now streaming on Netflix. The film, loosely based on her own experiences with eating disorders, stars Lily Collins as a young anorexic woman.

This Article is related to: Television and tagged AMC, Dietland, Marti Noxon, TCA