Also: a first look at next season, and a list of upcoming guest stars, including Amanda Seyfried and Ryan Reynolds. 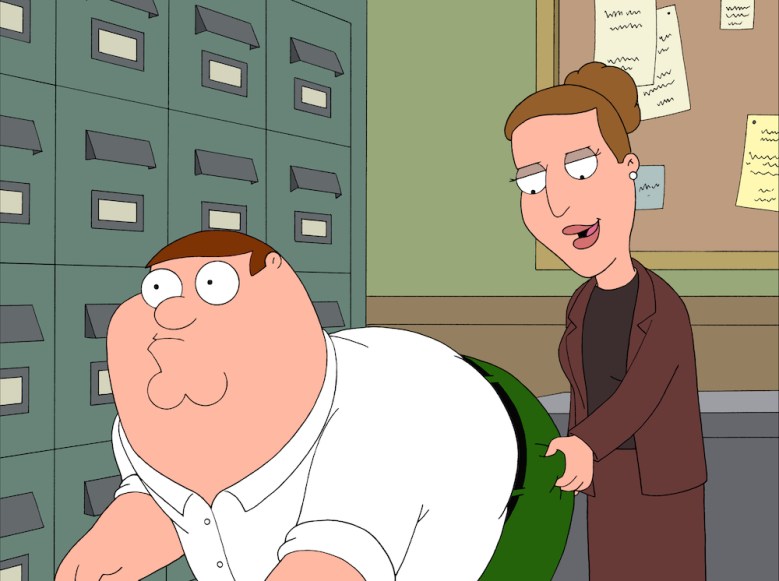 Fisher, who died in December, had occasionally voiced Peter’s boss, Angela, on the show since 2005. Cranston and Nash will play a husband and wife duo on the show.

The casting was announced by executive producer Rich Appel during “Family Guy’s” San Diego Comic-Con panel on Saturday. The always raucous panel started off on a somber note, as creator Seth MacFarlane and the show’s cast and producers offered their memories of Fisher and Adam West, who played the mayor of Quahog.

MacFarlane remembered West as someone who “had boundless energy and instantly put everyone in a good mood… The man gave 150 percent right up to the end, often times more than people half his age.”

Appel remembered West as “a man who played irony so brilliantly on screen, [but] he was the kindest and most sincere guy.”

Star Patrick Warburton admitted that the voice and persona he uses on screen was partly inspired by West. “I loved Adam,” he said. “He was sharp until the end. I’ll always have a little bit of Adam West in me.”

Alex Borstein, who plays Lois, said she grew up admiring and adoring both Fisher and West. “[Fisher’s] ‘Postcards from the Edge’ changed my life,” she said.

West, who died last month, will still be heard in five episodes of “Family Guy” next season.

As for this upcoming Season 15 of “Family Guy,” Sir Ian McKellan will guest star as Stewie’s therapist in one episode that takes place entirely in the therapist’s office. The show’s 300th episode, which airs next season, will be a bit of a “Fast and Furious” parody.

Other guest stars include Ryan Reynolds, and Amanda Seyfried, who plays a showdog who has a connection with Brian.

“They were good sports,” he said.

Here’s a first look at next season: