Among the 300 short films showcased at Montreal's three-week-long genre festival, these incredible entries get a lot done in a very short period of time. 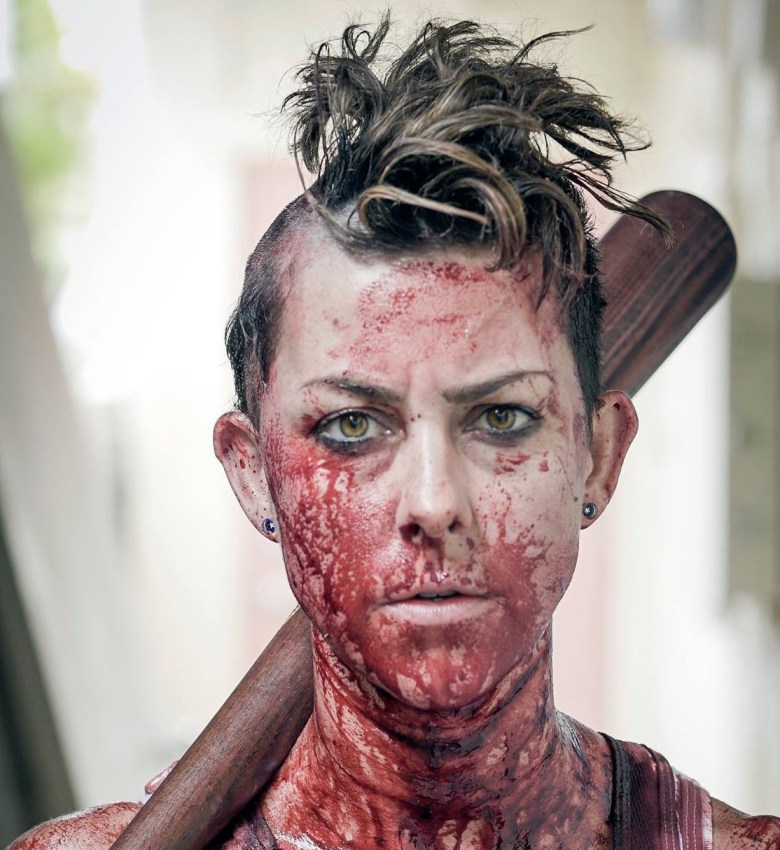 We’re living in a golden age of genre films, and there may be no better proof than the Fantasia International Film Festival, the three-week-long celebration of international genre efforts currently in the midst of its 21st year. The lineup is comprised of more than 150 features from all over the world, but that figure is dwarfed by the 300 short films showing across multiple sections. Too often, shorts are marginalized at film festivals, lumped into categories that designate them as calling cards for features and nothing more. Not so at Fantasia, where a number of the shorts showcase the precise visions of filmmakers looking to shock, frighten and unsettle audiences with concise approaches that hardly demand the padding of a feature-length running time.

Fantasia’s programming stands out from other genre festivals in that it doesn’t exclusively focus on outrageous horror movies, B-grade science fiction, or other stereotypes associated with the term “genre.” Instead, the festival takes an expansive approach, showcasing otherworldly filmmaking with distinctive cinematic qualities, and the shorts distill this expansive approach into bite-sized pieces.

A great short film speaks on its own terms rather than teasing something more extensive, and while there are a range of shorts in the Fantasia lineup that approach a relatively hefty 30-minute length, some of the most impressive offerings clock in at just under 10. That’s just enough time to establish engaging worlds, troubled characters and haunting moods that speak to the unique visions of their creators. Here are five that stand out, ranked in order of effectiveness. They aren’t currently available online, but deserve to be seen as they continue to travel the festival circuit.

Australian director Natalie Erika James’ atmospheric two-hander stuffs the material for an elegant haunting into an economical 10 minutes. The premise is simple enough: Sam (Dana Miltins) helps her aging father (Chris Orchard) pack up his things as he prepares to move out of her childhood home. Their initial scenes together suggest a somber drama about moving on from the past, but it doesn’t take long for a more sinister presence to encroach on the setting. Sam’s father lives deep in the woods, a storybook setting that James captures with recurring shots of a tranquil forest landscape that takes on a macabre quality once the man admits his real reason for moving on: The inexplicable sense that someone, or something, lives there with him.

So…what is it? In a feature-length drama, this kind of leisurely-paced look at a mysterious supernatural threat might start to drag, but James simply builds to a single astonishing punchline that provides just enough information to catapult the story into a realm of inexplicable terror. She finishes up with another familiar image of the forest, this time contextualized by the horrific reveal moments earlier. It’s a wonderfully concise encapsulation of the way isolation can lead to scary emotions tied up in the uneasy fusion of memory and imagination. This is an artful director with lots of potential.

“In the dark woods, lived a woman with a soul so dark that she was rendered invisible.” From that simple description, director Jason Bognacki spins a wondrous gothic fairy tale about a love story that goes horribly awry. A mishmash of special effects and speedy frame rates, the five-minute film eschews any dialogue aside from the eerie voiceover that explains the tragic circumstances as if unleashing a footnote to some longer story by the Brothers Grimm. The bloody circumstances under which the woman finds a way to materialize so that she can briefly enjoy a romantic encounter naturally goes awry, with nightmarish imagery elevated by dark poetic beauty. One step shy of a music video, this expressionistic drama works perfectly well as a self-contained tragedy about feeling detached from the world, and suggests the makings of a great fantasy director at a time when the genre could use some fresh blood.

Screens in the international shorts section.

There are plenty of movies about desperate people communing with their dead relatives, but “iMedium” may be the first to involve modern technology in that quest. This unsettling snippet of fast-paced Spanish horror finds a frantic mother using the titular app to call the ghost of her young daughter in the great beyond as a means of investigating her murder. The dark room is strewn with cropped photos and other details, suggesting the woman’s long-term quest to find the location of her child’s body; when the daughter picks up at the other end, the story takes an even more shocking turn. Yes, the conceit behind “iMedium” is ridiculous. But in an era of never-ending apps to address nearly every concern, is it, really? Taking what could easily devolve into a gimmicky satire to more horrific extremes, director Alfonso García constructs a gripping murder mystery within the confines of six minutes, complete with a final terrifying twist. Not since “[REC]” has a Spanish horror film delivered such fast and furious thrills, but while that movie operated within the traditional confines of found footage, “iMedium” apes that jittery shaky-cam approach while pushing beyond it, with a disorienting style that shifts between a smartphone camera and some undefined force. It’s a scathing commentary on the invasive power of modern technology that operates on a visceral level; the quick running time is also the perfect vessel for channeling the chaos of today’s fragmented information age. García, who has been making shorts for over a decade, proves himself to be a major talent on the basis of this singularly intense work.

The idea of a movie showcasing the dreams of a dog might sound like something out of Werner Herzog’s oeuvre, but Portuguese director Gonçalo Almeida’s immersive, wordless drama has a style all to its own. This shadowy six-minute tale follows the plight of Bimbo, a scruffy terrier who encounters an enigmatic white dog by the fireplace in the dead of night. The sophisticated sound design and meticulous reaction shots create the astounding sense of a genuine canine performance, with the poor animal’s furrowed brow making him the first truly scared dog at the center of a horror movie…ever?

Even Robert Bresson’s “Au Hasard Balthazar” didn’t evoke this much atmospheric dread. Wandering the hallways and staircases on the tail of his mysterious visitor, Bimbo makes a jarring attempt to wake up his human owners, only to discover — in a series of slo-mo movements set to a whispery soundtrack — that they can’t help him through his current conundrum. It’s a remarkably impressive visual narrative that requires no further elaboration, but bodes well for this ambitious directing talent.

“I’m done fucking ‘Eraserhead.'” So says the girlfriend of Jane (Kelly Jane) after she refuses to have sex with the woman until she fixes her unkempt hairdo at the start of “Buzzcut.” Eager to satisfy her morning urges, Jane dashes off to the barbershop just in time for the rapture to hit town, as news reports reveal that exploding people, evil demons and other supernatural threats lurk around every corner. Rather than run for cover, Jane’s only more desperate to complete her quest, which leads to a speedy comedic odyssey that’s equal parts “Shaun of the Dead” and “This is the End” with a queer punk rock twist. Jane just wants to get laid before she dies, but to do that, she has to contend with a shotgun-toting grandma, a flesh-eating monstrosity, and one incredibly annoying preacher who keeps hounding the phone book. This zany eight-minute romp is both endearing and angry, a vivid LGBT answer to the zombie movie craze that’s long overdue. Co-directed by Jon Rhoads and Mike Marrero, it’s a wild hodgepodge of stylized violence and attitude that never ceases to entertain, and certainly doesn’t overstay its welcome. Just when you thought this formula couldn’t get any better, Rhoads and Marrero introduce a fresh angle that bodes well for whatever they do next.