"We all knew it was coming in one form or another," said David Benioff about the backlash to their new HBO series, "Confederate." 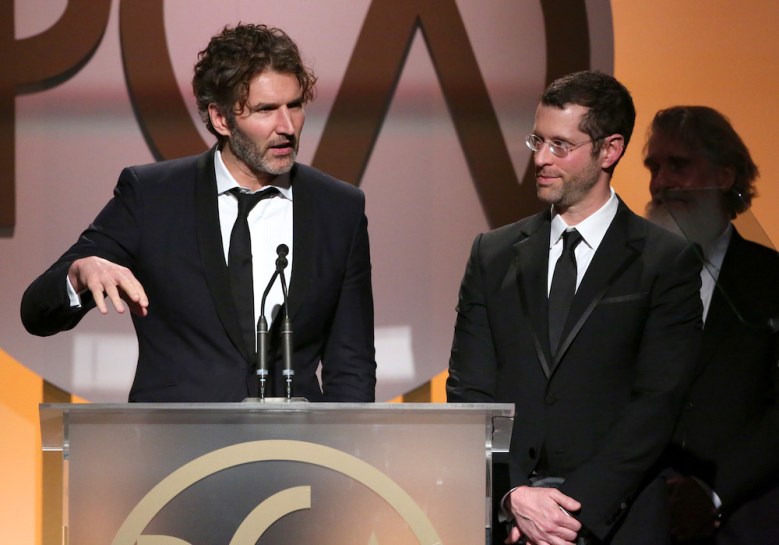 HBO and “Game Of Thrones” showrunners David Benioff and D.B. Weiss quickly came under fire on Wednesday, July 19 after the announcement of their new television drama series, “Confederate.” The series will imagine an alternate American timeline in which a third Civil War has changed the fabric and landscape of the United States. Per the official announcement, the alternate timeline will include southern states that have successfully seceded from the Union, giving rise to a nation in which slavery remains legal and has evolved into a modern institution.

READ MORE: ‘Confederate’: Why The ‘Game of Thrones’ Creators’ Next HBO Series Is Already Causing Controversy

The idea that Benioff and Weiss, two white men, would be tackling a series in which “slavery remains legal” caused instant backlash across the internet. High profile writers such as journalist Pilot Viruet and author Roxane Gay sounded off, criticizing HBO for  letting “two white men envision modern day slavery.” But it’s important to note that joining Benioff and Weiss as partners and executive producers are Nichelle Tramble Spellman (“The Good Wife”) and Malcolm Spellman (“Empire”), both of whom are black.

In a wide-ranging interview with Vulture, the entire “Confederate” team chatted with reporter Josef Adalian about the unwarranted backlash and assured fans and skeptics alike that the topic will be approached with the upmost sensitivity.

“It goes without saying slavery is the worst thing that ever happened in American history,” Benioff said. “It’s our original sin as a nation. And history doesn’t disappear…One of the strengths of science fiction is that it can show us how this history is still with us in a way no strictly realistic drama ever could…It’s an ugly and a painful history, but we all think this is a reason to talk about it, not a reason to run from it. And this feels like a potentially valuable way to talk about it.”

“They knew they needed black voices on it,” Spellman added. “For me and Nichelle, it’s deeply personal because we are the offspring of this history. We deal with it directly and have for our entire lives. We deal with it in Hollywood, we deal with it in the real world when we’re dealing with friends and family members…As people of color and minorities in general are starting to get a voice, I think there’s a duty to force this discussion.”

Both Benioff and Weiss admitted to knowing that the backlash was pretty much inevitable. “You’re dealing with weapons-grade material here,” Spellman told them when they pitched the idea to him. But all four executive producers agree that the controversy is very premature, especially since there have been no scripts written. Not even character names have been assigned yet, according to Benioff. “You know, we might fuck it up. But we haven’t yet,” he said.

Head over to Vulture for the entire conversation. “Confederate” won’t start production until Benioff and Weiss have wrapped the final season of “Game of Thrones.”

This Article is related to: Television and tagged Confederate, D.B. Weiss, David Benioff, Game of Thrones