Ahead of the final 13 episodes, all our research, experience, and vested knowledge in "Game of Thrones" points to five possible — and very different — endings. 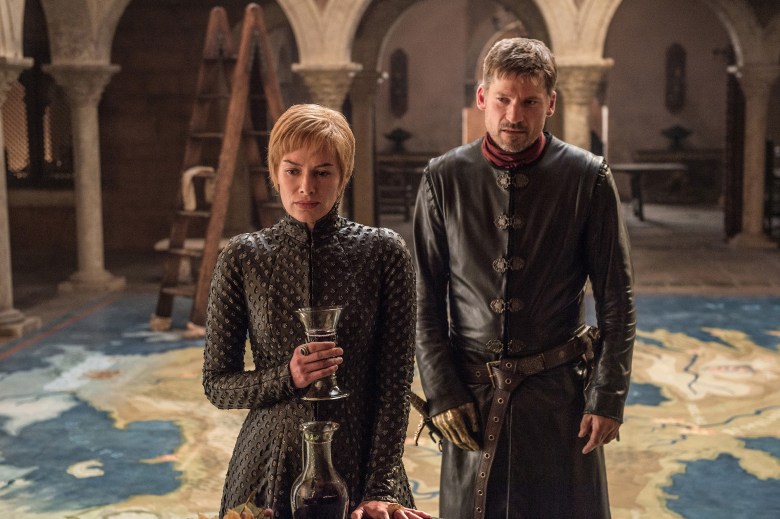 “Game of Thrones” is a show that’s always kept us on our toes, year after year, and that’s truer now that we’ve moved beyond adapting George R.R. Martin’s novels and into a 13-episode endgame, stretched across two seasons.

Now that we know how much time we have left in the Seven Kingdoms (at least until the spin-offs start) the question becomes, what will happen when the show ends? While IndieWire may not have the official answers, we have each given serious thought to possible conclusions.

Each member of the TV team has their own theories, based on their own personal opinions and expertise, but the fun thing about “Game of Thrones” is that anything could happen: The crazier the prediction, the more likely it could be right. Season 8 is going to be a doozy.

Everyone will die. Yes, it’s a dark ending to a series that, even through mass murder and horrible human rights violations, has still engendered some good will and optimism from its fans. But if there’s one thing this series has shown us, it’s that you win or you die. The coming war, from all indications, seems like it’s going to have a lot of losers.

Alliances between unlikely partners may seem like a way for some of these characters to preserve their place in the show’s endgame. But “Game of Thrones” has always seen power as an extreme intoxicant. There are few players in this fantastical chess game who will be complacent with just a share of the rule of the Seven Kingdoms.

Wild fire is as close as the show has come to a nuke — something that could wipe out all players in a single blow — but as humans, dragons and the undead all square up for a final showdown, there’s no guarantee that the victorious side will come out alive with plenty of their colleagues intact.

Is there a reason all the announced spin-offs are prequels? Maybe when this is all over, the last thing left, living or dead, will be Drogon, gliding across Westeros, enjoying some much-needed peace and quiet. The One True King

Daenerys Targaryen will be the last major character to die on “Game of Thrones.” In doing so, she’ll allow Jon Snow to sit the Iron Throne. George R.R. Martin has promised that his series of books will have a bittersweet ending, and though it’s now obvious that the show will conclude before the books, the author has certainly shared details with the showrunners. What could be more melancholy than a happy ending brought about by one last tragedy?

When last we saw the Mother of Dragons, she was sailing across the sea with perhaps the most formidable army ever assembled in Westeros; on the other side of the water is the newly crowned King in the North, who also happens to be her nephew. The two will likely clash at first, then form an alliance — perhaps even a romantic one, true to Targaryen form — and all will be well for a time.

But this is a song of ice and fire, and only Jon embodies both. Dany has been preparing to take her birthright since “Game of Thrones” began, but you don’t kill a character, bring him back to life, and reveal his parentage in the Season 6 finale if you don’t have grand plans for him. Jon will be king of more than just the North when the show ends, and Dany will have a hand in making it happen. The Tale of Two Victors

I can see the finale of “Game of Thrones” as if I’ve already watched the episode. It may not be the way it will end, but it is unquestionably the best ending possible.

Daenerys is alone. Her dragons are gone. The mother of dragons has lost her children, and in losing them, she’s lost herself. She’s waged war in every corner of the seven kingdoms, looking for peace not for others, but from within. Desperate, Daenerys agrees to a monumental risk: If it works, she’ll be reunited with her dragons. If it doesn’t, she will die.

Flash forward 20 years. Daenerys is a mere farmer now, working alone in an isolated cabin at the southern tip of Oldcastle. Her hair is gray. Her skin shows spots of age. She is quiet and resolute. We watch her mount a bicycle and ride up and down a dirt road, running errands for a nearby servant to the Lord of Light, as Billie Holiday plays in the background.

One day upon returning home, she hears a knock at her door. When she answers it, a man is standing there, but not just any man. It’s him. It’s her long lost love. The one who got away — or whom she pushed away, who’s to say?

But it’s not. “Dany?” he asks, but he knows it’s her. We can see it in the smile creeping over his cleanly shaven face. But he’s scared, too. He’s holding back… but why?

“Tyrion. Tyrion Lannister,” he says. “I don’t know if you remember me. I betrayed my family and pledged allegiance to your kingdom. We don’t know each other very well. We only talked a couple of times, really. There was this dance. A victory dance at the courtyard. We had a really nice conversation.”

Daenarys is confused. Of course she remembers Tyrion. They became partners. More than that. They tried to conquer the world. Why is he pretending it never happened?

She tries to challenge him on it, but he stands his ground. He invites her to a dance, like the one in the courtyard where they first met. “If I didn’t ask you to dance tonight, I’d… never forgive myself?”

How can she say no? But how can she say yes? She slams the door and considers running, but it’s too late. He knows where she is, and she’s done running. She’s tried that and he found her. So Daenerys goes to the dance and confronts Tyrion again. “How did you find me, Tyrion?” she begs, as they sway to an old Otis Redding song in the middle of a wedding (not quite a dance, like he promised, but there is dancing).

“I’m on vacation. I saw you ride by on your bike.”

“Because it’s not true.”

Daenerys leaves. Tyrion stands, isolated on the dance floor, peering after her as tears roll down his face.

But that’s not the end.

On her ride home, Daenerys bike crashes and she’s thrown off it, into the dirt road. She looks back at the bicycle and sees beads woven into the spokes. Following the beads strewn across the dirt, she spots — gasp — a dragon, trapped in a fence near the top of a hill.

Daenerys is in rough shape. The task is Sisyphean. And for a stupid fucking dragon she cares nothing about? She reached the point where any rational human being would bid that poor ruminant good night and goodluck.

But Sisyphus has nothing on Daenerys Targaryen.

She climbs the hill. She frees the dragon, and in doing so, she frees herself. The next day Tyrion shows up at her house again, just as she’d returned home with the dragon. Wasting no time, Tyrion explains that he wasn’t there on vacation; he’s been looking for her for 20 years. He’s been retracing his steps from the last time he saw her, and he’s come back to fucking Winterfell every year for two weeks, looking for her. And when he finally found her, he didn’t know what to say.

And the two old friends; partners; lovers — they sit. They sit and Daenerys talks. She tells him of the risk she took. She tells him it worked and she saw her dragons again. But upon seeing them, she realized she didn’t belong there. She didn’t belong with her dragons anymore. They had moved on, and she needed to move forward herself. So she came back and hid from Tyrion, for fear he wouldn’t believe her.

“I knew that if I told you what happened, that you would never believe me,” Daenerys says, unable to look at Tyrion as tears well up in her eyes.

“Why wouldn’t I believe you? You’re here.”

The two smile, as Tyrion extends his hand.

“I’m here,” Daenerys says as she takes it.

The dragon walks out of the yard. The sun rises behind the house. Cut to black.

Page 1 of 2
Continue Reading: ‘Game of Thrones’: Five Theories on Who Will Win and How It All Ends