In an interview with IndieWire, the actor also discussed Jon’s parentage, leadership qualities, and problems with Sansa. 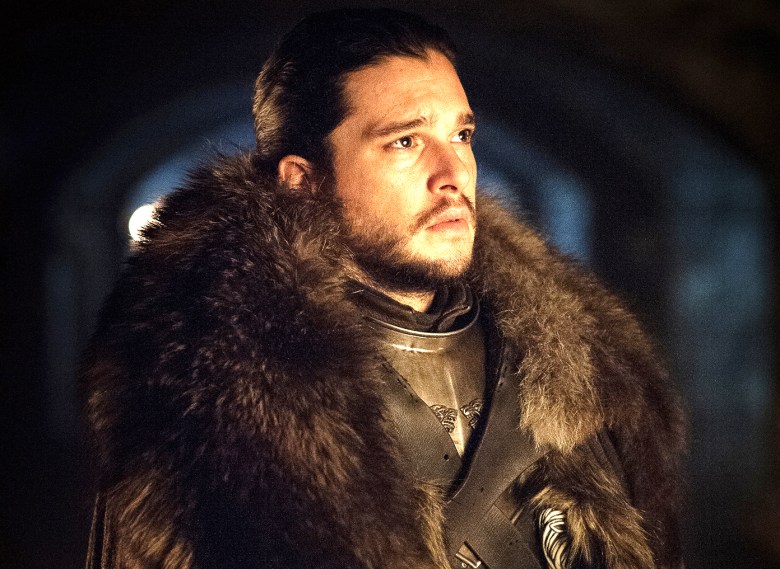 Last year, Kit Harington felt pretty safe from being killed off “Game of Thrones” again since his character, Jon Snow, had just been resurrected. For a show that is known for killing off its heroes, even a one-year reprieve from worry is merciful.

Season 7 starts with a clean slate though, and that means the Stark bastard is once again at risk.

“I felt quite safe in Season 6, a little less safe this season,” Harington said in an interview with IndieWire. “We need to know that: We need to know Jon Snow is in genuine peril otherwise the whole point of this TV show is lost. We know everyone’s in peril. So don’t expect him to be in Season 8; he might not be.” Jon had died initially as the result of a stunning betrayal by those in the Night’s Watch who had voted him in as their Lord Commander. Now that Jon has been declared the King in the North, he has an even bigger target on his back. Despite the possibility of history repeating itself, Jon feels as if he has nothing to lose.

“I think he’s got to a place, though, where he’s seen death, he’s come back from death, and there’s not much more that can really scare him now,” said Harington. “He’s one of those people that almost doesn’t fear death now cause he’s been there. So I think he’s got bad experience with leadership but because of it he’s a lot better at it now.”

One of Jon’s best qualities as a leader is his integrity. It also might be his worst.

“He puts a lot of trust in people. Maybe he put too much trust in people in the past, but he’s not going to go against that as a basic instinct of his,” said Harington. “I like that about him. He’s dogged about his beliefs: Even when he’s been killed for them, he sticks by them. I think that’s what people like about him: He trusts people, he treats people well, he has a good moral basis in this show where a lot of people have no morals at all.”

That said, one of the people he’d like to trust the most could be his biggest threat to the crown. By right, his half-sister Sansa Stark (Sophie Turner) should be the next in line to rule the North as the eldest living legitimate heir of their father Ned Stark (Sean Bean) and brother Robb Stark (Richard Madden). (At this point, no one is aware that a legitimate male heir — Bran Stark, played by Isaac Hempstead Wright — is still alive.) Sansa has proven to be a wily survivor, despite repeated abuse, and even orchestrated a major battlefield victory last season. Their ways of managing challenges couldn’t be more opposite, though. Jon emerged from his harrowing experiences more straightforward and unbending than ever, whereas Sansa has learned to be duplicitous, withholding and open to compromise.

“I think Sansa twists him in a way that no one else can,” said Harington. “She infuriates him, she speaks up at times when it’s more helpful for him for her to not speak up. Essentially he’s got a problem: He’s leader, and she’s testing him, and as a leader you can’t have someone question you. But when it’s your sister there’s not much you can do about that. What are you meant to do? Punish your sister or execute your sister? So she’s a real challenge for him and she knows that. I think she’s infuriating to him and she knows that. But she knows she’s cleverer than Jon, in many ways.”

It remains to be seen if their family ties will keep the bad blood at bay. At this point, neither of them are aware of the revelation from last season that Jon isn’t Ned’s lovechild from an adulterous affair, but the bastard son of Ned’s now-deceased sister Lyanna Stark (Aisling Franciosi). As far as Jon is concerned, his identity is wrapped up in how he was brought up as one of the Stark brood, illegitimate or not.

“I think it’s very important for him to believe he’s a Stark,” said Harington. “As much as he is a Snow, deep down he’s of the north and he’s of the Stark family. That’s hugely important to him that he’s part of that family and part of that history. I think it would hurt him if he thought there was no Stark in him. Luckily enough, we know there is. We know his mother was Lyanna Stark so he’s at least half Stark.” This Article is related to: Television and tagged Game of Thrones, HBO, Kit Harington, TV Interviews