The actress revealed in an interview with Time that she'd also love to get more murdering in. 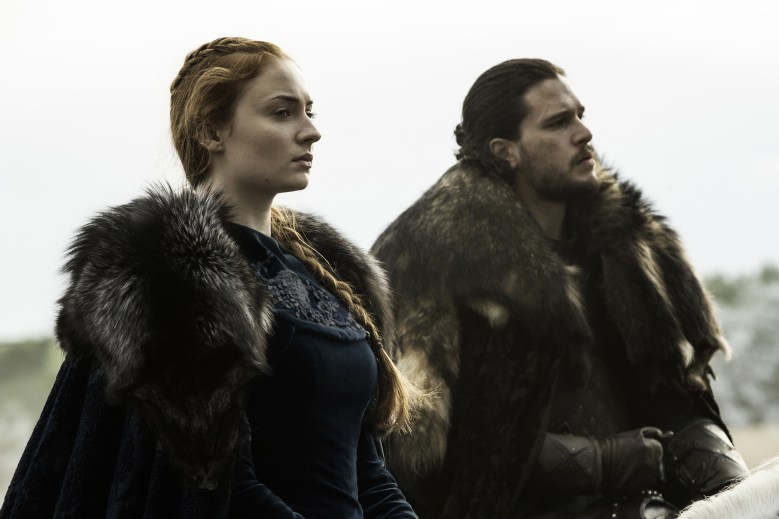 Is it Sansa Stark who’s out for blood when “Game of Thrones” returns for its seventh season this month, or Sophie Turner? It’s certainly Turner who told Time Magazine that after getting to slay the sadistic Ramsey Bolton at the end of Season 6, she’s ready for more.

“I loved it! I want more kills!” she reveals in the interview, noting that co-star Maisie Williams has gotten a lot more on-screen action than her over the years.

But when it came to another kind of violence — specifically, the notorious Season 5 sequence in which Sansa was raped by Bolton — Turner had a more serious approach, noting that she wasn’t surprised by how people reacted.

“Of course, it’s a sensitive subject,” Turner said to Time. “And there is still such a taboo surrounding subjects like that and you don’t really see it portrayed onscreen that much. But one of the things it stirred in me was surprise that so much of people’s time and energy was being spent discussing a fictional scene on television when you hear about people in third world countries —and not just third world countries, all over the world! — getting raped every day, and sexually assaulted every day.

“This was the trending topic on Twitter, and it makes you wonder, when it happens in real life, why isn’t it a trending topic every time? This was a fictional character, and I got to walk away from it unscathed.”

“Also, why should it be taboo to portray onscreen? If it gets that discussion going then I think it’s really important. It has to be brought into the mainstream because it is. Whether people want to hide it in the closet or not, it happens all the time, everywhere. It is mainstream. So it would almost be an injustice for us to ignore.”

Check out the rest of the interview at Time for more about Turner’s special bond with Williams, whether Sansa’s heart is still pure, and where she hopes the character goes next. “Game of Thrones” returns July 16 on HBO.