The "Bridesmaids" star reveals what attracted him to the new series inspired by the Elmore Leonard classic. 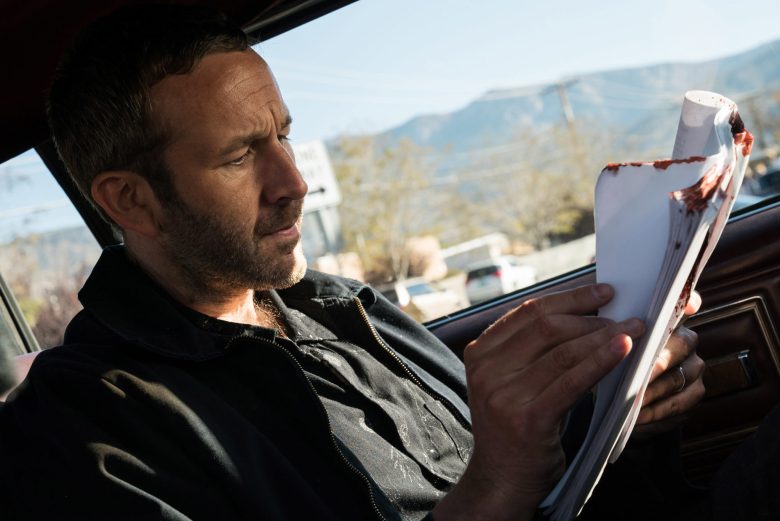 “Get Shorty” might be about Hollywood, but is it a satire? Star Chris O’Dowd thinks so.

“Poking fun at truth is satire,” he said. “Us trying to extricate those things that we find ridiculous about Hollywood and putting them on film satirizes it. But we don’t have to fake it.”

The Epix original drama, the first three episodes of which can be watched online now, is “inspired by” the Elmore Leonard novel and subsequent Barry Sonnenfeld film. But, a la “Fargo,” the show has put its own spin on the material, creating the character of Miles (O’Dowd), a gangster who decides to pursue a new path in life after getting a taste of the Hollywood scene.

It’s an area that O’Dowd thinks has a lot of potential. “There is so much to poke fun at, in Hollywood, that it’s a very rich well to draw from. And, right now, where there is so much negativity about Hollywood, with the last election cycle and all of that, it’s a fertile time to do so.”

O’Dowd, originally from Ireland, might be best known to American audiences from the 2011 film “Bridesmaids” or his guest-starring work on “Girls” (though he’s recently become a part of the Christopher Guest stable of performers, and will be seen in the upcoming “Cloverfield” follow-up). But Dowd said he still feels like an outsider, something that is echoed in his “Get Shorty” character. “I think that everybody has a different perspective on the industry because nobody comes from here,” he said. “It’s such an odd construct of a city. But for my character, I think I can definitely relate to him being very much of a fish out of water.

“Guy coming here for the first time and seeing how much bullshit there is here, and how easy it is to cut through it, and what a commodity honesty, ironically, is here because it’s so rare, and how it can lead to success — it’s all stuff that I’ve seen in my time,” he added.

What hasn’t been a big part of his past? Gunplay and other violence, as revealed below.

Looking over your resume, the number of times you’ve actually gotten to use a gun feels pretty limited.

I think I used a gun once before in a movie called “Calvary.” It’s a really full-on drama where I kill an abusive priest.

Violence is definitely something that I don’t feel very comfortable with. I don’t feel comfortable with doing it, or necessarily with watching. So, this was a tricky job at times. I had to be honest with myself and go, “There are enough things that I love about this that I just have to be uncomfortable with some of it.” And I don’t think he’s a naturally a, particularly, violent character. And tries to not be violent when possible. And he’s allowed to feel uncomfortable when he has to be. If that makes sense.

When you’re depicting the reality of Hollywood versus the image of Hollywood,  violence has an interesting place in that discussion. Because we love to glamorize violence, but sometimes a guy just catches a bullet in the head.

If I’m totally honest, the whole violence part of it, I don’t sit terribly comfortably in it. I’m not, like, “It’s cool! I got to shoot a gun!” I’m not that guy. It makes me feel somewhat uneasy, but sometimes it’s okay to feel uneasy. If you were totally confident in it, then it would play very differently.

I think that’s right. As long as we’re not glorifying it then I can be at peace with it, and I don’t feel like we are.

In terms of the way the show depicts Hollywood, are there things that you feel like the show specifically heightens in order to kind of get more at it?

I think we probably play on the stupidity of actors probably more than I would believe, as an actor. We encounter a few actors throughout the course of the thing, and none of them, I would say, are positive characters. So it’s probably more how the audience would imagine actors to be, rather than somebody likely who knows them. It’s almost like we have celebs rather than artists.

It can be an industry that can turn people into assholes, because they are treated like children so much. Like they’re catered to far too much, as it were. They get spoiled. It can be dangerous in that regard, but my experience with actors most of the time has been so positive, to be honest.

Yeah, that’s it. You can’t hide from anyone. Whatever you say about acting being an easy job, and in lots of ways it is, but the hours aren’t great. It’s a 60-hour week, most of the time. You can’t hide when you’re with people all the time. What do you think is interesting about depicting Hollywood in this way?

I think in a very general way, it’s a very interesting world. Because it’s like a pioneer town, where it’s a very mixed bunch of people and perceptions. The desperation that seeps through Hollywood, and seeps through our characters in our thing, is fascinating to watch.

When you took the role, were there discussions about, like, what are Miles’s favorite movies? That sort of thing.

Yeah, we talked about that a bit. One of my questions was why does he love movies so much? And I pitched an idea that we ended shooting towards the end of the season, about Miles growing up and spending some time in northern Ireland during the Troubles, when things were very violent. And there weren’t a lot of safe places for people. Pubs weren’t really safe and libraries weren’t really safe, anywhere could be hit.

But for a time, cinemas were safe, so people could go and watch movies and know that they weren’t going to get attacked. So we shot a scene where Miles was a kid [at the movies] he’s just watching Steve Martin and everything is fine.

It’s nice to have, when you’re doing something pokes fun at Hollywood, a reminder of the positive aspects.

Totally. Even though at times, we’re like, Hollywood is stupid, we’re trying to entertain people. We’re genuinely trying to make people’s lives better. I think Hollywood sometimes can get a bit prescriptive in terms of the way it talks to its audiences, like, “feel like this and think like this.” Rather than let us help you escape from your life for a moment and bring you into this fun world. I feel like we do that quite well.

The first three episodes of “Get Shorty” are streaming now on Epix.com.

This Article is related to: Television and tagged Chris O'Dowd, Epix, Get Shorty