Soderbergh is back, and he's taking it easy. But if "Logan Lucky” begs you not to take it seriously, that doesn’t mean it lacks real soul. 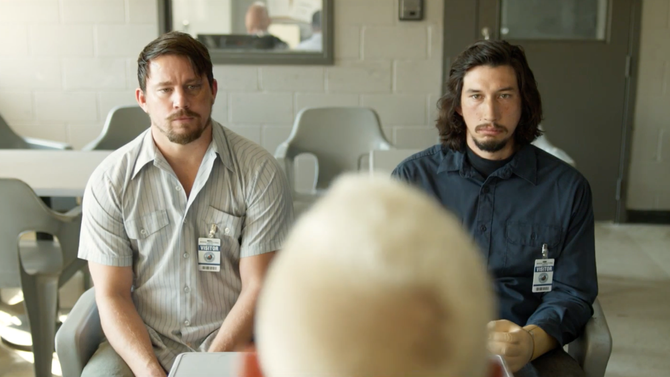 Of course, nobody is having more fun than Craig, whose average Bond paycheck was probably worth more than Soderbergh’s entire budget. He’s absolutely giddy here, all covered in prison tattoos and cackling at his own dumb jokes like an early Coen brothers’ character who’s been rescued from their drawer of unpublished screenplays. A human powder keg who lives up to his name, Joe Bang is volatile but never explicitly violent, and Craig plays him like he’s the only character who knows he’s in a comedy. One scene, involving Joe trying to work a wonky pneumatic tube, is almost single-handedly worth the price of admission.

Joe Bang is also a well-oiled vehicle for Soderbergh’s favorite trick, which is to sneak some real poignancy into places where it doesn’t seem to belong. The more commercial or outwardly ridiculous the movie, the easier this is to spot. Think of the fountain moment at the end of “Ocean’s Eleven,” or just about every scene with Jennifer Ehle in “Contagion.” And Joe Bang, despite being the most cartoonish character here, definitely has something of a heart. It can be hard to know if Soderbergh is mocking these country bandits or if he’s trying to restore some dignity to a part of the country that’s usually either ignored, stereotyped, or patronized to by a carnival barker President who’s trying to sell them on their own rapidly devaluing coal. The answer is probably a little bit of both, but it’s clear that he recognizes their humanity.

Whether Soderbergh respects their handiwork is another story, but the movie survives its anticlimactic robbery, even though it never comes together with the same jolt of satisfaction that a heist movie should (especially one that’s told with a wink). There’s a real kinship between the Logan brothers, whose relationship is deeper — if not quite as rich — as that between George Clooney and Brad Pitt in the “Ocean’s” trilogy, and their bond leaves us with a palpable sense that these characters have found something in each other that no one can take from them entirely.

They’re the heart and soul of a movie about people who’ve been left behind by the world they helped to build, people who’ve grown desperate to steal a future for themselves. A modest caper in a modern climate where movies have to be either huge or humble, “Logan Lucky” is likewise stuck between the past and present. To borrow a line from John Denver, it’s “older than the trees, younger than the mountains.” Steven Soderbergh has always belonged in that fertile middle ground, and — after a singularly dubious break — his new movie takes him home to the place where he belongs.