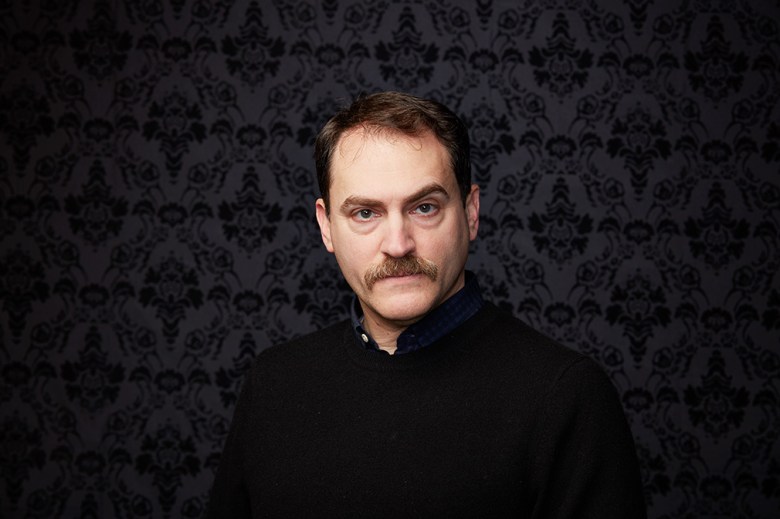 It’s a presumptive moment of exposure. One man guesses what another man is too afraid to say, but he goes further than the first man could’ve expected.

“You think…maybe… I don’t even want to say it out loud.”

No, Emmit Stussey wasn’t talking about slave girls, but his exchange with Sy Feltz became one of the stand-out comedic moments of “Fargo” Season 3, if not the series to date, because of the miscommunication. Beyond that, it’s also a telling illustration of the duo’s relationship. Sy wants to protect Emmit; more than that, he wants to do what Emmit is incapable of doing, for the good of their company.

“I think Sy really liked being the guy behind the scenes who never took his boots off, because he was going out to make eight different stops around town to check in on certain things throughout the day,” Stuhlbarg said in an interview with IndieWire. “Emmit was the face of the company and the smile of the company. They served each other really well that way.” For those who’ve finished Season 3, you know why Stuhlbarg used the past tense there. Despite a mutually beneficial relationship on and off the clock, the partners’ friendship was wrecked by an interfering foreign force: V.M. Varga corrupted the waters, Emmit became suspicious of his most trusted ally, and Sy paid the price.

Instinct honed by commitment, as Stuhlbarg is a true student of the stage and screen. He grew up in California and studied at UCLA, but his acting education spanned from Juilliard in New York to a conservatory in Lithuania with stops in London and Oxford along the way. He shows up to read-throughs off-book (when he has the time) and sees each performance as a daunting challenge that’s rewarding enough to make the experience addictive.

“It really does feel like starting from scratch every time,” Stuhlbarg said. “Honestly, for me, it’s a struggle every time I start, and it doesn’t get any easier, but it’s still an addictive thing because the doing of it kind of balances out the preparation to do it.”

“If you’ve prepared enough, it’s like flying,” he said.

Stuhlbarg didn’t know much about Sy’s journey when he signed on for “Fargo” Season 3, but his connection to the Coen brothers — who directed him in “A Serious Man,” for which Stuhlbarg earned a Golden Globe nomination in 2010 — proved helpful in exploring the character.

“Part of the fun and the scariness of the process is not knowing what it’s going to be on the day,” Stuhlbarg said, noting how he often sees things through a humorous lens. “Noah said early on — after I said something to the effect of, ‘I find the dialogue so funny’ — he said, ‘If it’s as funny in the doing of it as it seems to you on the page, then you’re probably doing something wrong.'”

“I loved that because it’s very similar to the Coen brothers: Just reading it on the page, it’s very funny. But there is an extreme in the playing of it that I find is necessary. It’s walking a fine line: not going too far and not committing to it too completely.”

You can see the extremes in Stuhlbarg’s performance, but you don’t see the strain. Despite not knowing where his character was going from the start, Sy feels like the most lived in, authentic Minnesotan of this year’s group. Stuhlbarg digs into every moment; even a two-word response others may have cast aside as pure comedy gets the instinctive timing of a scared man looking to protect his friend from too daunting a truth. “Slave girls” carries so much more than it should, and it sticks with viewers because of it.

As far as Sy’s character goes, the Shakespearean thespian hopes he’s remembered for his empathy and his passion.

“I hope they can find themselves getting caught up in what he had to struggle with, and enjoy the disjointed feelings that he went through. I will take some of that with me, as well,” Stuhlbard said.

“I loved his sense of humor. I loved his open heart. I loved how much he cared about everything in his life. I miss him.”

This Article is related to: Awards and tagged Consider This, Emmys, Fargo, Michael Stuhlbarg