"Preacher" executive producers Seth Rogen, Sam Catlin, and Evan Goldberg reveal what songs inspire their show and how the power of music brings scenes to life. 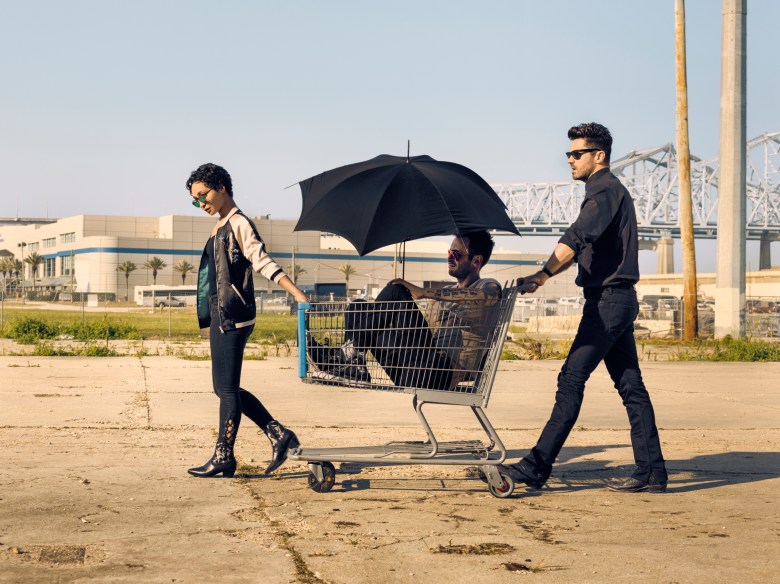 It’s hardly news that music can make any film or television show, but just how important is music while putting a high-profile show together? The executive producers of AMC’s “Preacher” gave us some insight into how music not only inspires the hit TV drama, but how it makes everything click in the editing room.

At a “Preacher” screening event earlier this month, we asked executive producers Seth Rogen, Evan Goldberg, and Sam Catlin a few questions about music and its place in the world of “Preacher.”

“Editing is really interesting because you come into it, and you first see the cut, the original assembly, and it just fills you with despair cause it’s nothing at all what you’d hoped for,” Catlin said. “And then you work with the editor, and then it starts to get better and better, and then you show it again and it looks like crap. Then, something happens when you start adding in music and visual effects, and the editor comes up with a great idea. By the time you get right to the end of it, it’s like, ‘Oh my God, this is amazing.'”

Knowing just how big a part music plays in a show that also thrives on dark comedy, IndieWire asked what songs best described the hit AMC show and its big personality. “Well, probably the song that opens [the series], ‘The Time of the Preacher,’ the Willie Nelson one, ’cause it’s kind of like our show. ‘Stairway to Heaven,’ because it’s about them trying to find God, and it’s quite literal,” Rogen said with a chuckle. “And maybe, like, ‘War Pigs’ because it’s like a heavy kind of mix of all of those things. It’s somewhere between them.” While Evan Goldberg had similar musical choices, some of his were unexpected, giving some insight into songs that not only fit the current “Preacher” story narrative, but inspired the show during the production process.

“‘Time of the Preacher,’ that’s an obvious one. Generally, I hear Quentin Tarantino movie songs in my head often, because we kind of have a lightly Quentin Tarantino-y vibe at moments,” Goldberg said. “Actually, also the title song that Dave Porter made. I really like it. First season, we worked hand in hand with Dave Porter on everything all the time, and second season he just keeps sending the right shit every time. He just gets it.”

Season 2 of “Preacher” has been met with stronger reviews than the first season, and with the creators now delving more into the comic book world that “Preacher” came from, fans will get to see plotlines they’re familiar with unfold in front of their eyes. “I would say for fans of the comic book, I think that they should get ready for their patience to be rewarded in terms of new adversaries for Jesse and Tulip and Cassidy,” Catlin said.

In honor of a so-far successful Season 2, we’ve put together a Spotify playlist of the songs that both the creators and us here at IndieWire think describe the “Preacher” odyssey:

This Article is related to: Television and tagged AMC, Preacher, Seth Rogen