The long-running Adult Swim stop-motion series is back with all the bloody spoofs you'd expect. 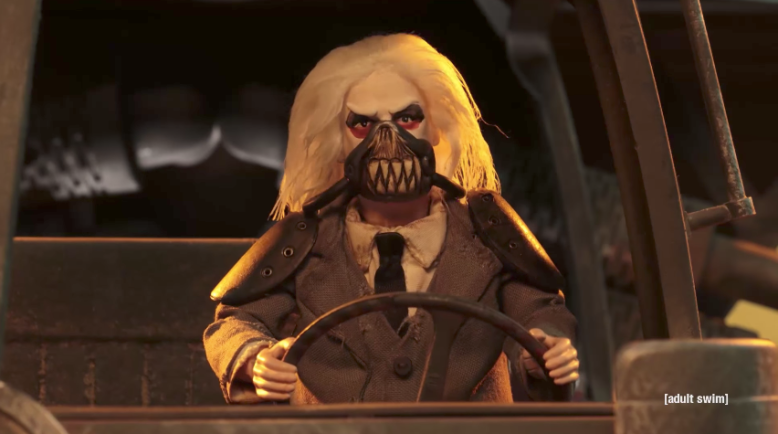 “Robot Chicken” has a lot to catch up on.

It’s been over a year since the Adult Swim show was on the air, and it looks like that android-poultry hybrid spent most of its time watching TV. At the show’s Comic-Con panel Friday afternoon, the team behind “Robot Chicken” unveiled the first look at Season 9, which is set to debut at some point this fall.

Eagle-eyed viewers will spot parodies of “Mad Max: Fury Road,” “Westworld,” “Black Mirror,” Pokemon and AT&T commercials: basically, everything that Comic-Con fans adore. (Bonus points for getting in a mention of the late, lamented “Selfie” — John Cho would be proud.) And, by the looks of things, it seems like the show’s favorite nerd has come a long way since getting starstruck by George Lucas in an elevator.

It’s been a busy offseason for the “Robot Chicken” gang. In addition to prepping this latest run of episodes, the team also managed to squeeze in a couch gag for “The Simpsons” as well.

“Robot Chicken” Season 9 is still waiting on a release date, but catch an idea of what’s coming your way below: