With the news that David Ayer has dropped out of the project, the IndieWire team debates whether Universal should stop. 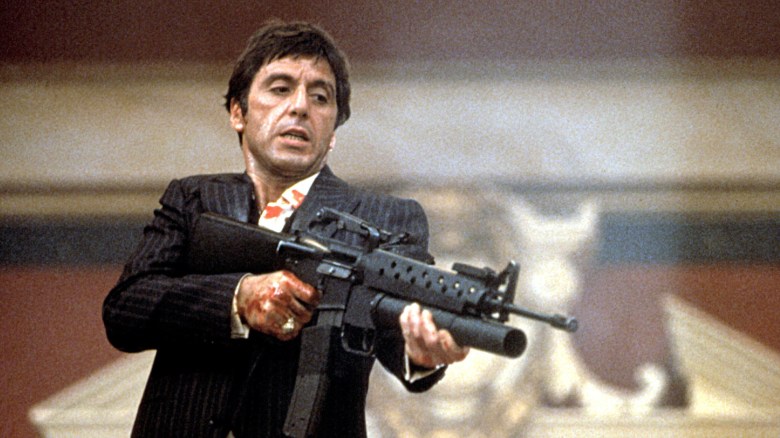 With the recent news that David Ayer has dropped out of the latest attempt to remake “Scarface,” IndieWire’s editors traded emails on whether or not this troubled project is worth the effort at all.

ANNE THOMPSON: Over the past decade, the studios have become accustomed to booking release dates before they even have a final script. This creates a rushed urgency to move forward, even when a movie is far from ready. Catherine Hardwicke, after the first “Twilight” had soared to the highest opening ever for a female filmmaker, wasn’t immediately ready to throw herself back into the fray with the second “Twilight.” She wanted more time to nurture the follow-up. So Summit Entertainment left her behind. And the end result a year later, “The Twilight Saga: New Moon,” directed by Chris Weitz, was arguably the weakest of the franchise.

Examples abound, but clearly Universal is in a rush to meet their August 10, 2018 release date for its next “Scarface” iteration. Now a second director, David Ayer, has followed yet another director out the door, per Variety: “Sources say Ayer’s schedule with his upcoming release of Netflix’s ‘Bright,’ which stars Will Smith, and the studio’s aggressive schedule to get the film off the ground forced the split.” Ayer had already replaced Antoine Fuqua, who left over scheduling issues.

Not that the world is lying in wait for another “Scarface” movie, but I’d rather see something from a director with a strong point-of-view than a whitebread movie for the masses from a director for hire. I like Diego Luna as the star — and hopefully this version will reflect an up-to-date version of Cuban Miami.

KATE ERBLAND: I’m excited to see Ayer try his hand at something new (or at least more original) with “Bright” and abandoning a long-gestating remake of a remake as a result of his commitments to the former. And this new take on “Scarface” has seemed ill-fated from the start. Given what Universal just endured with “The Mummy” and its attempt to launch their own “Monster-Verse,” it’s reasonable to assume the worst — that executives want to turn “Scarface” into a franchise — which makes the concept even less appealing.

The last thing Ayer needs is to be trapped inside yet another series that would likely only lean on the more bombastic and “dark” tendencies, a la the worst bits of “Suicide Squad” (another franchise entry that he is, tellingly, not returning to for its planned sequel). When Ayer first appeared on the scene with his tough-talking “Harsh Times” back in 2005, it signaled the arrival of a filmmaker unafraid of tackling violence in visceral, unsettling ways. Here was someone who could easily move from the streets of South Central to the horrors of World War II and find something both terrifying and unique along the way.

Those sensibilities were diluted by “Suicide Squad,” a mess of a franchise film that only has glimmers of the Ayer touch to it. Moving into another studio offering that would likely come with the same issues isn’t the right thing for Ayer, and it’s hardly the right thing for the story they’re trying to expand further out.

There’s certainly something to mine in “Scarface,” some deeper and more timely message about the state of the world and the kind of criminals it breeds, but Ayer’s most recent output doesn’t speak to that bent anymore. He’s in need of something fresh and, yes, different than what he’s done before. “Scarface” would most likely been more of the same, and that’s the last thing Ayer — or the studio — needs to be worrying about.

ERIC KOHN: Setting aside narrow production schedules and one director’s priorities, the biggest problem with “Scarface” is that the material never gelled with studio priorities in the first place. Howard Hawks’ 1932 original was a Hollywood gangster saga that generated controversy for its violence but was otherwise pretty straightforward; Brian De Palma’s 1983 reimagining, however, was a jolt to the system, a high style indictment of the drug lord fantasy that culminated in one of the most outrageous shootouts ever captured on film. “Say hello to my little friend” was an astonishing, subversive battle cry, both cartoonish and mortifying at once, and it crystalized the mania of power-hungry drug dealing better than any journalistic expose.

It was a breed unto itself, a movie that derived its power less from what it was about than how it was about it. So it was especially intriguing when Chile’s Pablo Larrain was attached to direct the remake three years ago. This endlessly innovative filmmaker, whose projects range from the allegorical horror movie “Tony Manero” to last year’s elegant period drama “Jackie,” clearly doesn’t compromise. His version, according to reports at the time, aimed to cast a Latino actor in a “mythic origin story” set in modern times, one that would expose the cycle of violence that brings the war on drugs from Mexico to America. Call it whatever you want — “Scarface” is just a placeholder — this is a powerful concept with the prospects of resonating on many levels at once. Of course, America’s relationship to Cuba continues to evolve in trepidatious ways that could make the original backdrop resonate with renewed topicality.

But it’s not the kind of material that a studio, eager for a blockbuster success, might want to take a risk on. (Thankfully, Larrain moved on to more original concepts.) De Palma and Al Pacino made their surreal, iconic look at a drug-fueled capitalist psychopath at a moment where it seemed as though they could get away with anything; short of Christopher Nolan and Quentin Tarantino, few American directors could pull off the same feat today within the confines of the Hollywood system. Needless to say, De Palma’s movie didn’t exactly go over perfectly when it first came out, only gaining acclaim with time; it has since been co-opted by gangsta rap, novelizations, and video games. When a movie resonates this strongly in popular culture, it doesn’t beg for a remake so much as a second visit. Here’s an idea: Pop it back in theaters and audiences might flip, as “Scarface” no less immersive and unsettling than it was over 30 years ago.

Ultimately, the best home for a gangster saga might be the medium best suited for long-form, immersive storytelling — television. “Breaking Bad” did a fine job of mapping out the process through which, in Vince Gilligan’s famous terms, “Mr. Chips becomes Scarface.” So before we argue any further about whether the studio should remake “Scarface,” it might be worth considering the possibility that somebody already beat them to it.