Three male critics use highly charged language when criticizing "The Beguiled." Here's why they may be suffering from unconscious bias. 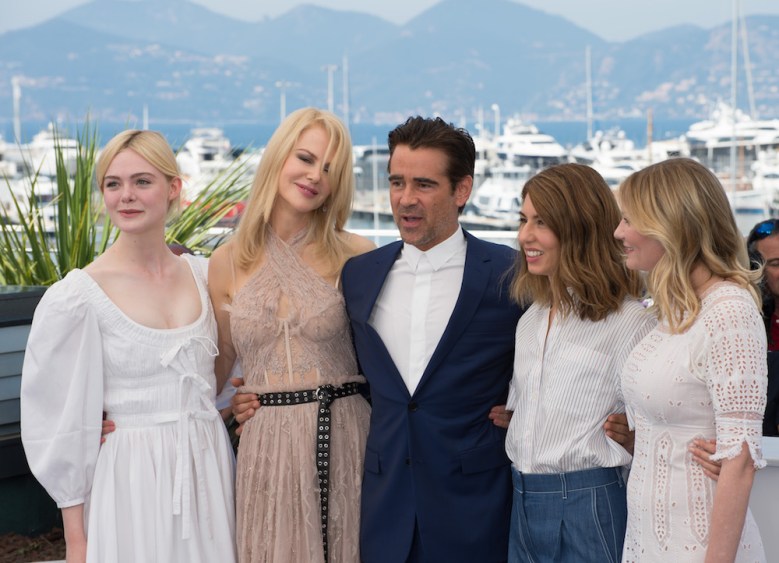 For the most part Sofia Coppola has been spared the coded, patronizing, and often frankly misogynist, criticism leveled at movies by female filmmakers. But that was before the June 23 release of Coppola’s “The Beguiled.” While her overall review rating on Metacritic is 77, something about her rethink of Don Siegel’s 1971 adaptation of the novel by Thomas Cullinan has brought out a few knives.

Some cuts are of the double-standard sort. The same people who love Wes Anderson rip Coppola for being a child of privilege and making movies about those of her class. The same people who love Jason Reitman attack Coppola, implying that she gets work only because she has a father who is a famous director. While Ralph Waldo Emerson said that foolish consistency is a hobgoblin of small minds, this isn’t a consistency of foolishness but of critical fairness. Is there a reason other than the double standard that Coppola (and Nora Ephron and Nancy Meyers) get cited for directing while privileged, but Anderson (and Woody Allen and Francis Coppola) get a free pass?

More pertinent is the justifiable criticism that by making a Civil War-era film without people of color, Coppola is whitewashing the period. Steven Spielberg was similarly criticized for not having significant characters of color in “Lincoln.” But few completely dismissed “Lincoln” out of hand for this reason. Then why completely dismiss “The Beguiled”? (Gene Seymour, former movie critic for Newsday, thinks Coppola was in a no-win situation vis-à-vis inclusion. “The way I figure it,” he said, “If there had been a slave girl, somebody somewhere would have made something of that.”)

More troubling than the double standard leveled against Coppola and “The Beguiled” is the coded critical language implying that her point-of-view (and by extension, that of any woman) is lightweight, invalid, or somehow insufficient. Let’s look at three reviews from USA Today, The Hollywood Reporter and Variety.

(In the interest of full disclosure, I should say that I’ve known Todd McCarthy and Owen Gleiberman since the ’80s and that even when I disagree with them, their arguments almost always persuade me. Not in this case.) Colin Farrell in “The Beguiled”

Todd McCarthy in The Hollywood Reporter wrote that the Coppola film “is a respectable but pallid redo of a hothouse Civil War melodrama by Don Siegel, and starring Clint Eastwood, 46 years ago.” Again the word hot.  Not hot enough, apparently. He continues, “Other than to place slightly more emphasis on the female empowerment angle…it’s hard to detect a strong raison d’etre behind Sofia Coppola’s slow-to-develop melodrama.”

No edge. Not hot. Female identity politics. Feminized. Such derision does not accurately evoke the movie I saw, the one about the man who finds himself in a land of women, not unlike Steve, the Chris Pine character in “Wonder Woman, “who finds himself in Themyscira and recognizing that the women hold the power and also recognizing it’s not his story, but her story. (Thank you, Keith Phipps for pointing out that this is the theme of summer movies, 2017.)

Here are some hunches. Might some critical derision for “The Beguiled” spring from the let-down about it no longer being his story but their story?  Might the disappointment about the movie not being hot enough stem from the film’s insufficient boobage and surplus of interest in Colin Farrell’s sculpted torso? Might some men, watching the scene of Nicole Kidman sizing up Farrell’s body, feel as judged as and vulnerable as his character does — and as I do when male directors exult in the female body?

I suspect that one or all of these may be in play. While I don’t think that these reviews are sexist, I believe that they do reveal unconscious bias.  And I sincerely hope that making the bias conscious will be the first step to overcoming it.

This Article is related to: Film and tagged Critics, Reviews, Sofia Coppola, The Beguiled