New series "Stargate Origins" and episodes from the original sci-fi TV franchise will be part of a new "Stargate Command" subscription platform. 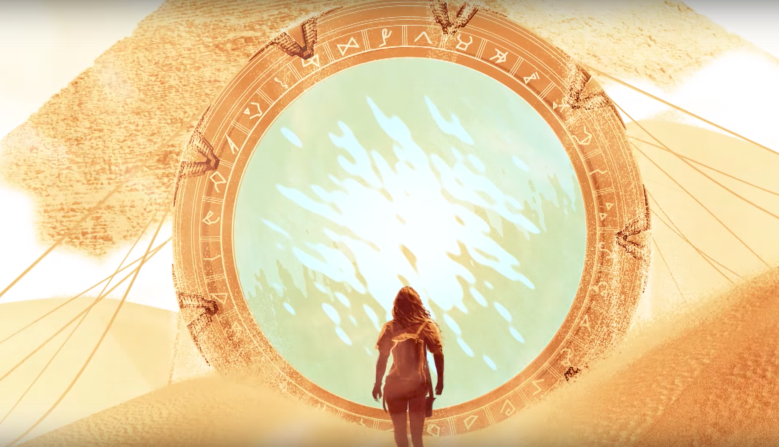 “Stargate Origins,” a new 10-episode series continuing the story of Roland Emmerich’s 1994 film “Stargate,” is set to premiere on a brand-new dedicated platform. “Stargate Command” will serve as the exclusive streaming home for “Origins,” in addition to hosting content from previous series.

All 10 episodes of “Origins” will be directed by Mercedes Bryce Morgan and will follow the adventures of young Catherine Langford, a character from both the film and TV versions of “Stargate.” MGM’s official statement explains that the new series “will explore a brand new chapter in Catherine Langford’s early history surrounding the extraordinary portal. Young Catherine embarks on an unexpected adventure to unlock the mystery of what lies beyond the Stargate in order to save Earth from unimaginable darkness.”

Viveca Lindfors played Langford in the “Stargate” film before the character was reprised by Elizabeth Hoffman, Nancy Hillis, and Glynis Davies in three episodes of “SG-1” early on in the series’ run. No casting announcement has been made yet about the new series, but production is slated to begin next month.

The franchise’s first foray into TV, “Stargate SG-1,” premiered on Showtime in 1997 before finishing its last five seasons on The Network Currently Known as Syfy. Two additional spinoffs, “Stargate Atlantis” and “Stargate Universe” have also aired on Syfy, the latest wrapping up in 2011. Brad Wright, the co-creator on all three iterations, is currently serving as the showrunner on the Netflix series “Travelers.”

This announcement comes as “Star Trek: Discovery,” another highly anticipated sci-fi universe expansion, readies for its premiere on CBS All Access later this fall. Mark Ilvedson and Justin Michael Terry will serve as the writers on “Stargate Origins,” which is a co-production of MGM and New Form.