The seven-time Emmy Award nominee got her first official taste of what it's like to have a voice in a show's collaboration, and fell in love with producing as a result. 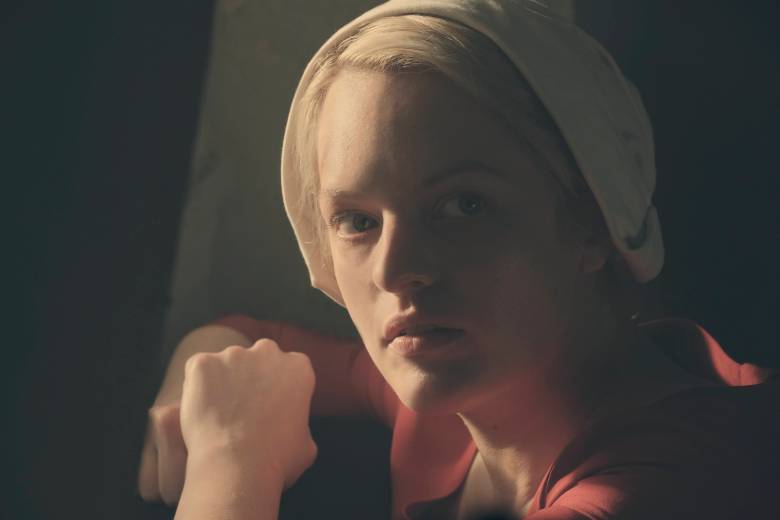 But when it came to “The Handmaid’s Tale,” Elisabeth Moss’s producer credit has nothing to do with vanity.

Moss revealed this to IndieWire last January, well before the show became an Emmy-nominated success story. “At the very beginning, I said, ‘I want you guys to know that this is not a vanity credit. I actually want to be involved in this and to actually have this job. I want to help,'” she said.

“For me, to have a voice in this industry after doing this for 28 years, to be able to have a say in anything — it’s like crack,” she said with a laugh. “It’s so addictive, it’s so fulfilling, I don’t know that I’ll be able to do it in any other way now.”

Moss’ dedication to not just starring in Hulu’s breakthrough dystopian drama, but contributing behind the scenes, was confirmed by legendary producer Warren Littlefield, whose decades in the industry have included everything from running NBC to shepherding the Emmy-nominated limited series “Fargo” to life.

“Yes, she is our star, but she’s our leader,” Littlefield told IndieWire. “And as a producer, she’s done the homework.” It was “Fargo,” (which shares a production company with “Handmaid’s Tale” in MGM) that led to Littlefield adding the series to his stable of projects. It was also a show he was initially reluctant to join. In fact, the only reason he lent his skills as a producer to one of the year’s most important series was because of Moss.

“I’m at a moment in time in my life when I’ve got some pretty good choices,” Littlefield said. “And [talent agency William Morris Endeavor] said Lizzie’s interested in this, and we want her protected. We want someone who can help realize the full potential of this material. You’ve done that with ‘Fargo,’ you’ve done it with MGM — read it.”

Littlefield thus read showrunner Bruce Miller’s first two scripts, read Margaret Atwood’s original novel, and then reread Miller’s work. “I said, this is powerful, this is chilling, this is exciting. This could be great television,” he said. “And the idea that Lizzie Moss wants to do it? Wow.”

Moss had spoken with Miller when she was offered the role, and she had a lot of questions for him initially. “I had a great conversation with Bruce from Australia and he and I just hit it off immediately,” she said. “So I didn’t need him to compliment me. It was more about ‘What kind of show do you want this to be? What do you want to make here? What is the style of the show? What is the cinematography? What is the look of the show? Where do you want the show to go?’ It was making sure that we were on the same page about the kind of show that we wanted to make, and we so-one-thousand-percent were.”

But Moss wasn’t actually signed onto the project at that point, and Littlefield wasn’t either. What changed that was the first real conversation between Moss and Littlefield, a Skype discussion which occurred while Moss was shooting the second season of “Top of the Lake.” It was the follow-up conversation with Littlefield that locked things down. “We just connected, half the planet away, over what it could be and a respect for Bruce’s interpretation of Margaret’s property,” Littlefield said. “And I just said, ‘Lizzie, I have another year of ‘Fargo’ coming up and the easiest thing for me to do is to walk away. and I don’t think I can. If you do this, I’ll do this. I’ll be here for you. And if we do our jobs, this can maybe be something special.'”

So while Moss was in Australia shooting “Top of the Lake,” she spent her evenings and weekends looking at materials and sharing her thoughts. According to Littlefield, there were “hundreds of emails” sent, “saying, you know, ‘This picture is flawed but really, look at this color palette, look at this interpretation.’ And then I’d get back this incredible analysis of it… We had this entire history of communication from phone and many emails and studying material together as we built our team.”

As a result, producing quickly became a passion for Moss. “I’ve been involved in everything from top to bottom: casting, director hiring, cinematographer hiring, crew hiring,” she said. “I get to see all of the cuts: the director’s cuts. every producer cut. I’ve seen Episode 1 six or seven times. I get to give notes, I get to be involved in the marketing, and I’m very heavily involved in the scripts, as well.

“I would say the only thing that I don’t have my hand in as much is budget because I don’t understand that shit,” she said, laughing. “I’m more of a creative producer.” While clearly a veteran in the field, Littlefield wouldn’t say that he “taught” Moss how to be a producer. “I don’t even want to use the term that I educated her,” he said. “She hit the ground running. We would share with her, ‘Well, this is a problem production-wise; here are some issues we’re dealing with, we have to make some decisions here.’ And she’s been really creative and been a leader from the moment she said ‘I’m in.’ She took to it quite well.”

The result has been what IndieWire has called the best new show of the year, one that Craig Erwich, Hulu’s senior vice president of content, revealed during Thursday’s Television Critics Association press tour session has “hands down driven more new subscribers to Hulu than any other show, original or in acquired, since its premiere in a trend rarely seen on television.”

Moss did credit both Littlefield and Miller for the collaboration which made the series possible. “Not only do I have a voice, but they listen to me and respect what I say,” she said. “And I really understand that that’s not how it always goes, and I tell them that over and over again. I’m so grateful for that, you have no idea. It would be a nightmare if it wasn’t like that.”

Both behind-the-scenes and on screen, “The Handmaid’s Tale” reminds us how important it is for women to speak.

“The Handmaid’s Tale” Season 1 is streaming now on Hulu.

This Article is related to: Awards and tagged Elisabeth Moss, Emmys, The Handmaid's Tale, Warren Littlefield