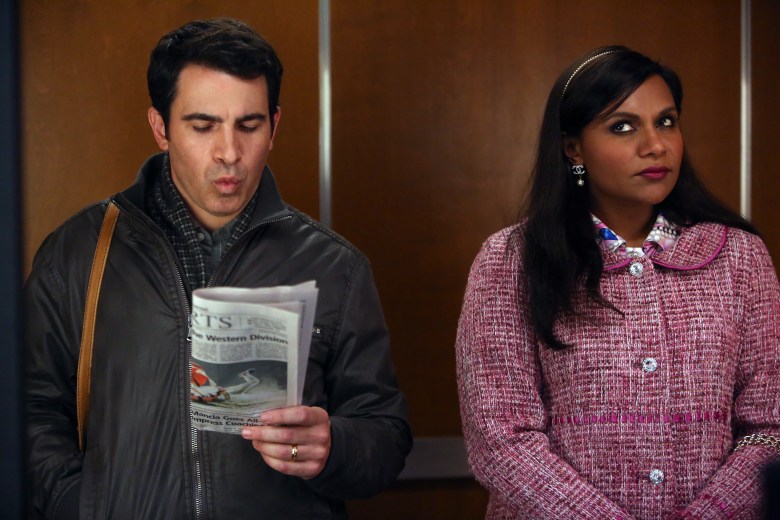 Mindy Lahiri will get her happily ever after, and Danny Castellano will be part of it … somewhere.

At the Hulu TCA panel for “The Mindy Project,” Mindy Kaling, Ike Barinholtz and executive producer Matt Warburton revealed details about who will return for the rom-com’s final season. Among those names is Chris Messina, who played the father of Mindy’s child and her ex-fiancee.

But when the sixth season begins on Sept. 12, both Danny and Mindy will have moved on. He will be married to Greta Gerwig’s character Sarah, while Mindy has tied the knot with Ben (Bryan Greenberg). Despite these attachments, Kaling acknowledged that the fans “still hope that Danny and Mindy are the end game, romantically.”

Warburton said the show will give “a little bit of clarity of where they stand” and that “they’re always going to be in each other’s lives, but it’s great to actually see what that means this season.”

Also returning are some of the series’ favorite guest stars including Adam Pally, the Duplass brothers, and Glenn Howerton, among others. Coming in for the first time this season is “Modern Family” star Julie Bowman, who will play “a rival mother who thinks Mindy is not doing that great of a job…” and will be about “mom-shaming.”

The final season will also be a love letter to the series regulars. Each one will “have an episode with a story that is dedicated to their character,” said Kaling.

“We have a good finale the we’ve know about for a while,” she said, adding that a happily ever after could encompass many things. “I think it can be romantic or a feeling of contentment about your life, professionally and as a mother.”

Kaling’s co-star and fellow writer Ike Barintholtz, who plays nurse Morgan, added that Mindy has grown so much a as a character. “In Season 1, she would consider marrying a Chris Evans body double,” he said. “That would be happiness for her…. but her perception of happiness has changed so much.”

“The Mindy Project” returns for its sixth and final season on Sept. 12 on Hulu.

This Article is related to: Television and tagged Chris Messina, Hulu, TCA, The Mindy Project