The New York actor is in constant demand, wrote and directed a "Going Places" remake that reprises his character in "The Big Lebowski," and is up for his second Emmy. 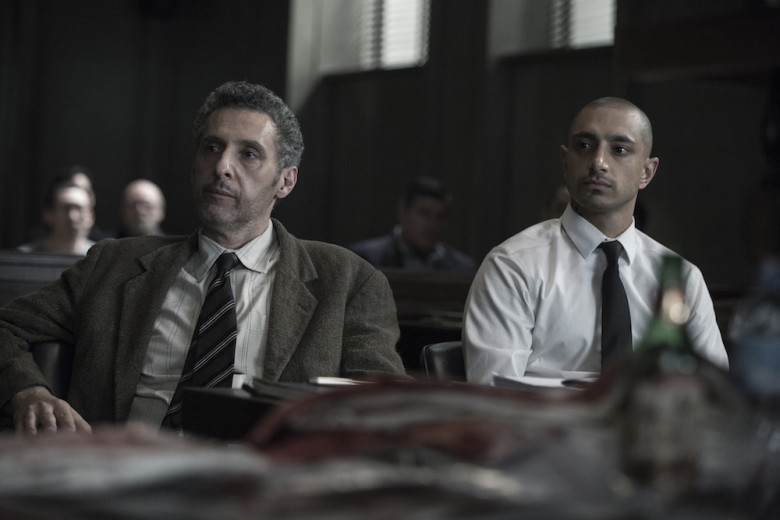 Welcome to Career Watch, a vocational checkup of top actors and directors, and those who hope to get there. In this edition we take on Italian-American actor-director John Turturro, who stars in Richard Price and Steve Zaillian’s widely hailed limited series “The Night Of” (HBO).

Bottom Line: For 37 years, versatile New York actor John Turturro has delivered memorable characters who can be incredibly smart (“Quiz Show”) or insanely stupid (bowler Jesus Quintano in “The Big Lebowski”), lovable (“Fading Gigolo”) or menacing (the pool hustler in Martin Scorsese’s “The Color Of Money”). He’s a go-to player for both the Coens and Spike Lee as well as a reliable character actor for Hollywood tentpoles such as “The Transformers.” “O Brother, Where Art Thou?”

Career Peaks: After winning a scholarship to the Yale Drama School and performing Ibsen, Ionesco, and John Patrick Shanley off-Broadway, Turturro got stuck playing violent killers in films like “Five Corners” (1988) and Michael Cimino’s “The Sicilian,” but somehow tuned into their humanity just the same. Playing Danny Aiello’s bigot son Pino in Spike Lee’s “Do The Right Thing” and fearful bully Bernie Bernbaum in the Coen brothers’ “Miller’s Crossing” pushed him into a wider range of possibilities and challenges. “It’s amazing how he allows himself to be humiliated in front of the camera,” the Coens have said. He’s made four films with them, and nine with Lee, more than any other actor.

Assets: This multi-hyphenate acts, writes, and directs: He’s a leading man, lover, winner, loser, villain, or comedic foil. In short, he can do anything. On any film, Turturro is seeking to “try to so something that hasn’t been done before,” he told me in a phone interview. “You start with as much of a blank slate as possible, then your impulses and instincts take over.” “Do the Right Thing”

Biggest Problem: When Turturro directs, nobody shows. Some of his movies are smart films aimed at a discerning audience, such as “Mac,” his love letter to his construction worker father, and operatic Cannes entry “Illuminata.” Others, like “Romance and Cigarettes,” just didn’t get enough distribution support.

Awards Attention:  In 1985, he won both a Theatre World Award and an Obie for “Danny and the Deep Blue Sea.” In 1991 he won Best Actor in a role written for him by the Coens, as an earnest playwright trying to make it in Hollywood in “Barton Fink,” and the following year took home the Camera d’Or for his directorial debut “Mac.” And he won an Outstanding Guest Actor Emmy for “Monk.”

Latest Contender: He’s nominated for a Golden Globe and an Emmy for his role as the sad-sack, psoriasis-afflicted, bottom-feeder defense lawyer John Stone in “The Night Of,” who takes on clean-cut Muslim college student Nazir ‘Naz’ Khan (Riz Ahmed). He insists that he did not kill a young woman in her apartment, even though he picked her up in his father’s cab and is caught red-handed with the knife that stabbed her. Stone is dogged, empathetic, and trying to rise to the occasion for once, even while the case seems stacked against his client.

Showrunners Richard Price and Steve Zaillian shot the eight-part HBO mini-series like a long movie, after making the pilot two years ago. They reshot and added some scenes for the final version of the pilot that was supposed to introduce James Galdofini as Stone, but he died before HBO picked up the series. Turturro didn’t know his close friend Gandolfini and “Romance and Cigarettes” star was in the pilot’s last scene. “I was brokenhearted when he passed away,” Turturro said. “Everyone has to find their own way. It was an extra incentive for me. I talked to his wife and his agent. I had to try to do as good as I could possibly do. He had a really big heart.”

Turturro knew both Hollywood screenwriters Price and Zaillian, who have not only written countless movies but have rewritten each other’s scripts. “This was a really good meeting of the minds,” said Turturro. “They cast some people who brought a whole intelligence and reality to it, wonderful actors like Bill Camp and Jeannie Berlin. She makes you think she’s a real prosecutor. When she interrogates Riz, he doesn’t have a chance. It was a good group, we had nice chemistry. Steve pushed a lot of people to go there.”

Authenticity ruled on “The Night Of” set, which shot chronologically (as Ahmed’s character muscles up after he goes to prison) except for the courtroom scenes, which were saved for the end. Novelist Price has “spent so much time learning about cops and crime,” said Turturro. “Steve and Richard were both quite taken with the 2004 French true-crime documentary ‘The Staircase.’ It’s about a crime writer accused of pushing his wife downstairs and his family and the trial in North Carolina. He’s the most bizarre character ever, whether he did or didn’t do it. It’s about east coast lawyers down south.”

And Turturro helped Ahmed, who as a young actor wanted to be more expressive than the directors needed him to be. “It pays off later on,” Turturro said.

Turturro relied on his “To Live and Die in L.A.” experience filming in the San Luis Obispo maximum security penitentiary packed with murderers. “I’ve had some encounters with these things,” he said. “I spent time with lawyers who deal with murders; one guy Kenny Montgomery is a big star defense lawyer who was also a prosecutor. It made the script better for me, digging underneath it.”

When he read the eight episodes, Turturro started thinking “about all these people I know in different professions who are so talented but not that ambitious. Maybe they’re the best singer or a wonderful actor, but don’t have the hide or the constitution to take all the rejection. They may be as competent or more as the best people out there. A lot of talented, smart people don’t get opportunities to do the chosen thing they wanted to do.”

As Turturro spoke to different lawyers, he saw that they were dealing with life and death. “You hold someone’s life in your hand, who maybe messed up one time. Some of them don’t want to be standing before the people, they’d rather do the investigation, be the second guy, make the plea deal. It reminded me that a lot of people are competent but don’t have the stomach to do certain things. [John Stone] has all the ability to be a good lawyer, but his body betrayed him. Maybe he doesn’t have the ambition. You don’t know what goes through his head what he’s lost a case, how that’s affected him. I don’t think he’s happy. He has potential, but he has so many problems to deal with. He’s a person who’s a walking car accident, with difficulties, but he’s got a gallows humor about it.”

Yes It’s True: The Italians love Turturro. Venice Film Festival audiences consider him a huge star. In fact, his ill-fated Gandolfini film “Romance and Cigarettes,” which was caught in the backdraft at the end of United Artists, was such a hit in Italy that financiers stepped up to hire Turturro to direct a documentary musical adventure about the music of Naples, “Passione.” He speaks fluent Italian and starred in Nanni Moretti’s “Mia Madre.”

Current Gossip: Married to Katherine Borowitz since 1985, the Queens native makes his home in Brooklyn. Turturro is a family man, with two kids. Next Step: The actor helped develop and enrich his womanizing father character in the Sundance hit “Landline” (Amazon Studios, limited, July 21). “Gillian Robespierre needed to get underneath it and serve the story,” said Turturro, who was open to fleshing it out. “It was nice to be in something that wasn’t from the male POV, even though I was the guy who did the disreputable act. I rocked on it.”

He’s directed a “gentler reimagining” of Bertrand Blier’s classic 1974 “Going Places” that includes a reprisal of his “The Big Lebowski” Jesus Quintana character. Getting the rights was tricky: In 1988, the Coen brothers saw Turturro perform a pederast character he created in the play “Mi Puta Vida” at the Public Theater, and let him run with the very similar intense bowler in “Lebowski.” Now Turturro has that character front and center in road-trip comedy “Going Places,” costarring Bobby Cannavale, Audrey Tautou, Susan Sarandon, and Sonia Braga. “Everyone’s going to think it’s Jesus anyway, even if it’s a different name,” said Turturro. “Joel and Ethan helped me to get the rights. They saw the original movie, read the script, and understood perfectly. This movie is very irreverent. Blier’s is like a sex comedy about how stupid men are, basically. He gave me the rights, and said, ‘You can do it with older guys, but they have to remain stupid.’ I said, ‘Men are stupid: your movies show that.’ He had a big influence on me: he was fearless. His movie was more edgy; this is a different time. Audrey Tautou is more empowered. But it has the same spirit.”

Career Advice: Keep it coming. And don’t give up on directing.

This Article is related to: Awards and tagged Emmy, John Turturro, Landline, The Night Of