Halfway through the season, Showtime has revealed updated viewership data for "Twin Peaks" — just in time for a fateful Sunday night showdown. 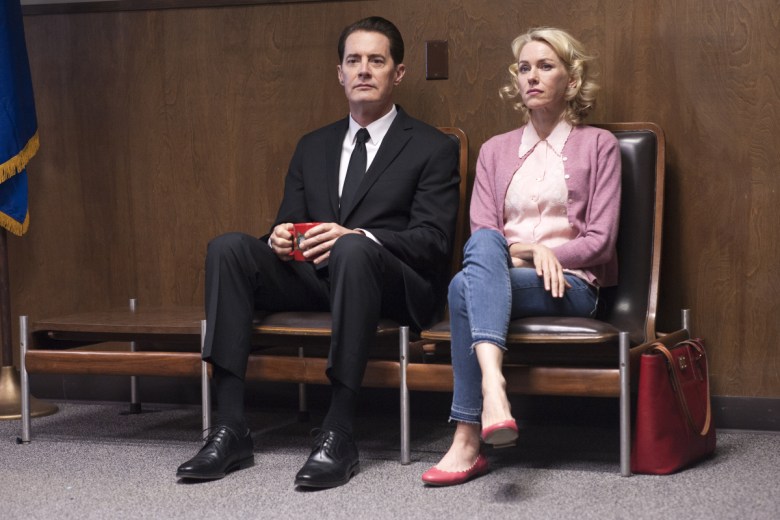 Yesterday, in Part 1 of our midseason report, we discussed the relevance of “Twin Peaks” in 2017. But what’s relevance without appreciation? Like the “if a tree falls in the forest” thought experiment, one has to wonder how much impact a TV show can make if virtually no one is watching.

Early ratings reports have been on the low end, making this was a pressing concern for Showtime and “Twin Peaks.” But new data from Showtime illustrates a slightly better-than-expected total and an average viewership exceeding the 1.7 million who watched the first two hours. While far from a blockbuster tally, the question now becomes, is anyone new watching? Is David Lynch’s vision being seen by anyone other than the die-hard loyalists leftover from the first two seasons?

No one, including Showtime, expected a Lynch project to have mass appeal, but if we’re to believe the series is having a profound effect on the medium, the question of reach comes up. Below, we examine the ratings, what they mean for the show, and how the medium’s future will be impacted by “Peaks” TV. The Numbers We Know

After a massive (if complicated) publicity push, “The Return’s” initial reach was small — smaller than expected and small in comparison to other prestige TV shows. Through the first nine episodes, “Twin Peaks” is pulling in just over 313,000 viewers a week in night-of viewers. It’s averaging just 100,000 in the 18-49 demographic, and the Live+3 figures (meaning the total number of people who watch on DVR or VOD within three days of airing) don’t see much of a bunch. On June 11, the sixth episode nabbed 270,000 viewers. After being adjusted for time-shifted viewing, that number grew to 367,000. That’s a 26 percent increase — lower than heralded episodes like Part 8, which saw a 35 percent uptick — but the total viewership is similar and plenty of competitors see a bigger boost from delayed viewing.

For example, the “Fargo” episode from that same week landed 1.14 million viewers, but Live+3 numbers raised it to nearly 2.38 million. That’s a 52 percent increase. “Angie Tribeca” pulled 569,000 live viewers and 790,000 over three days — a 28 percent increase, which is in line with “Twin Peaks.” But that kind of uptick reflects a general disinterest. “Idiotsitter,” a show Comedy Central burned off by airing seven episodes over two consecutive Saturdays, saw a 23 percent rise in Live+3 totals, and no one is saying that’s a successful release strategy.

This, of course, leads us to the X-factor: streaming. After the two-hour premiere, Showtime emphasized record-breaking subscriber numbers and approximately 1 million online viewers during the first five days of release. More than 1.7 million people watched the premiere across platforms. Subtract the time-shifted views as well as the live linear viewership (about 804,000 between the two) from that total, and you’re sitting at a number just shy of 1 million.

That’s a significant boost coming from the streaming audience, and yet it’s not enough to quell worries that “Twin Peaks” is still underperforming. Subsequent weeks have seen the live viewership average drop to 313,000, making 1.5 million total viewers a reasonable, perhaps even lofty projection.

But now we know more. In a statement released to IndieWire, Showtime states “Twin Peaks” is averaging approximately 2 million viewers per episode across all platforms. That’s based on five weeks of data, and without all delayed viewing totals accounted for, but 32 percent of the “Twin Peaks” audience is coming from streaming (including both VOD and over-the-top services). That’s a higher total than any other Showtime series, including “Shameless,” “Billions,” “Homeland,” and “The Affair” — all of which average less than 20 percent of their vieweres from streaming.

The simple (and pessimistic) explanation for this is that none of those shows generate the same level of interest in younger, streaming-friendly audiences. Most of Showtime’s previous series cater to their pre-established subscriber base; a group who would rather pay for cable than figure out Apple TV. Showtime has only offered over-the-top subscriptions since July 2015, and all of the shows “Twin Peaks” is outperforming online debuted before that date. “Twin Peaks,” while a continuation of a ’90s series, still has a fanbase that will subscribe to Showtime’s streaming content simply to see “Twin Peaks.”

Still, 2 million total viewers is a higher number than expected, just as one-third of the viewership coming from streaming is a higher ratio than we could have assumed. That’s good news for Showtime’s young OTT platform, and good news for the show overall. To boot, the linear ratings are climbing, ever so slightly.

Aside from a speed-bump at Episode 8, “Twin Peaks” has been on the upswing since Episode 5, and Episode 9 landed the most live viewers since the premiere. It’s still only 355,000 viewers, but the arrow is headed in the right direction. Optimists would say the show is being buoyed by strong reviews. Pessimists would say its seeing the slightest of upticks because a few competitors ended their runs: “American Gods,” “Silicon Valley,” and “Veep,” all of which aired on Sunday nights, wrapped up June 18 and 25, respectively. “Part 9” was the first “Twin Peaks” to air without Starz and HBO’s popular series competing for eyeballs.

That’s not going to last. “Twin Peaks” is facing peak TV, and peak TV is winning.

Continue reading for a battle with “Game of Thrones” and the future of “Twin Peaks” TV.

Page 1 of 2
Continue Reading: ‘Twin Peaks’: New Ratings, Facing Off with ‘Game of Thrones,’ and What It All Means For the Future of TV

This Article is related to: Television and tagged Ratings, Showtime, Twin Peaks