At Comic-Con, the "Bright" star and director David Ayer sung the praises of the streaming giant behind their upcoming fantasy film. 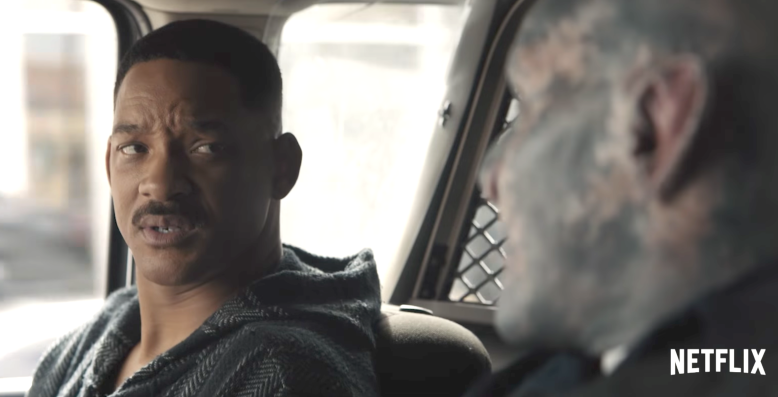 Will Smith might be one of the biggest movie stars of the last two decades, but he doesn’t seem too bothered by the fact that his next movie will premiere on the small screen.

“It’s really exciting to be at the forefront of whatever this new way of consuming media is,” he said during the Comic-Con presentation of Netflix’s “Bright,” the upcoming fantasy hybrid film directed by David Ayer. “I have a 16-year-old and a 19-year-old, and movies they go to see in the theater are different from the movies they watch at home.”

And both he and Ayer sang their praises for Netflix’s famously hands-off approach. In Smith’s words, “I’m sure this will end soon, but they give you money and let you make the movie you want to make.”

“Bright” focuses on an alternate Los Angeles filled with magic and magical creatures, where humans live alongside orcs, elves, fairies and more. Smith plays an LAPD cop assigned an orc partner (Joel Edgerton), with whom he has to cooperate after they stumble across a mysterious girl (Lucy Fry) with a magic wand. “It is such a bizarre world, this crazy mashup of the grit and the hard R-rated grime, smashed with ‘Lord of the Rings,'” was Smith’s description.

The different races of magical creatures serve as an allegory for our own complicated society, or, per Ayer, “It’s about a fucked-up L.A., but this is a fucked-up world, so I get to explore those issues.”

And it came with a new experience for Smith. “[Edgerton’s character] is the first orc on the LAPD… It felt great to be a black LAPD officer who finds someone else to be racist against,” Smith said, laughing. “You never get to be on that side of racism when you’re black.”

Thanks to Netflix, Ayer was able to make “Bright” with “all the tools, all the resources. They let me be creative. It felt like making an independent movie. They let me have my voice.”

Ayer explained that while “Bright” definitely falls into the fantasy genre, “it takes itself seriously.” That was reflected in the clip screened for the audience, a shootout in a convenience store that also somehow involved a car, some elves, and lots of flips and stuntwork.

As grounded as “Bright” might be in Ayer’s grimy details, it does still represent Smith once again taking on a role in the sci-fi/fantasy realm. When asked by a fan why he’s attracted to that sort of material, his answer was simple: “Star Wars.” “I guess I was 10 years old or something like that when ‘Star Wars’ came out,” he said, “and I’d never been smashed like that in a movie theater before. My mind was boggled.

“I’ve spent my entire life chasing that feeling and trying to give it to fans,” he added. “Nothing in my life ever topped that. I had sex a few years later, and that was close but it was no ‘Star Wars.'”

Smith acknowledged that fans watching “Bright” at home will have a different experience than if they saw it in the theater, because “there is a difference between seeing a movie on TV vs seeing it on Netflix.”

One way he tried to articulate that: “When I was on ‘The Fresh Prince of Bel Air’… it was great, people would see me on the street and shout ‘Yo, Will!’ But the Monday after ‘Independence Day’ came out, that was the first time anyone called me Mr. Smith.”

That said, Smith said, “I’m very excited to see how this thing goes.”

“Bright” premieres Dec. 22, only on Netflix.

This Article is related to: Film and tagged Bright, Comic-Con, David Ayer, Will Smith