During the bleakest and most distressing summer in recent memory, the movies have been there for us when we needed them most. 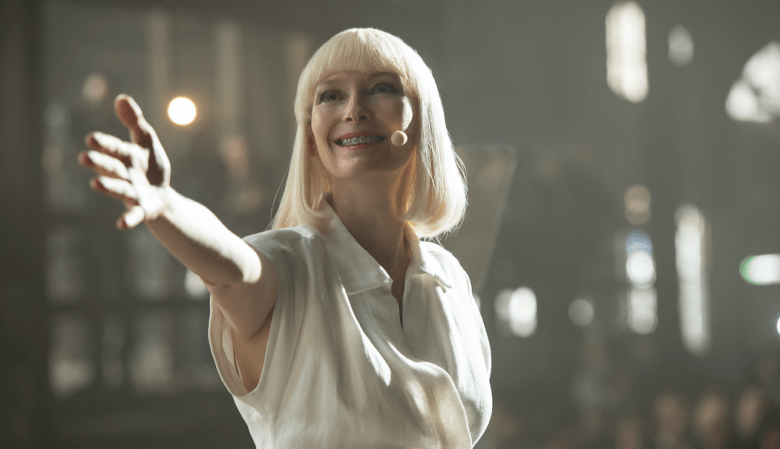 The opening paragraphs of IndieWire’s review of “The Emoji Movie” may have read like a desperate cry for help, but the fact remains that movies are literally a light in the darkness, and that’s never been more true than it was (and continues to be) during the summer of 2017.

While the season tends not to be associated with high art, this hasn’t really been one of those years where the past has all that much bearing on the present. Things don’t make a lot of sense anymore, and that’s proven to be as true for pop culture as it has for every other aspect of our country. Generally speaking, that hasn’t been great news (the world is falling apart, we’re all gonna die, etc.). But when it comes to the multiplexes, people may have been happy to find that down is the new up.

Summer is typically a bleak and distressing time for movies, but — during the bleakest and most distressing summer in recent memory — the movies have been there for us when we needed them most. In fact, we may be rounding the bases on the single best summer movie season of the 21st Century. It’s a low bar, but we sure as hell picked a good time to clear it. Here are 10 reasons why film kept us sane in a stretch of unrelenting craziness.

10. The Bombs Were Very… Special “The Book of Henry”

Every summer is going to have its share of garbage, but the garbage is rarely as rancid as it was this summer. There wasn’t very much of it, all things considered (it helped that most of the major franchise offerings maintained a steady baseline of mediocrity), but the misfires were truly special. There was “King Arthur: Legend of the Sword,” a cautionary tale about a studio executive who thought it would be fun to watch “Snatch” and “Game of Thrones” on the same day. There was “The Mummy,” summer 2017’s most spectacular reminder that Hollywood still hasn’t learned to separate the trash from the recycling. Perhaps the thirstiest would-be franchise-starter ever made, this laughably bad first chapter of the “Dark Planet” cinematic universe proved that intellectual property is the greatest movie monster of them all.

And then there was “The Book of Henry.” There’s really nothing left to say. Thank you for your service.

Last, but certainly not least, we were confronted with “The Emoji Movie,” which was so bad it made “Cars 3” look like classic Pixar. But the night is always darkest just before the dawn…

9. “The Emoji Movie” Was Dumped by “Dunkirk” Not everything about “The Emoji Movie” is ridiculously depressing. Sure, IndieWire’s review began by calling the Sony Pictures Animation release “a brazenly cynical corporate cash grab” and “a hyperactive piece of corporate propaganda in which Spotify saves the world and Sir Patrick Stewart voices a living turd” and “a gaudy monument to late capitalism that masquerades as children’s entertainment” and “a film that bends over backwards to teach your kids that true happiness is always just an app away” and also “a witless cartoon that unfolds like a PG-rated remake of ‘They Live’ as told from the aliens’ POV,” but every cloud has a silver lining — every poop emoji wears a bowtie. Okay, let’s not get ahead of ourselves: 3D is still very much a thing, and likely to remain so for as long as studios can cheaply post-convert their blockbusters and continue to goose their grosses (it might not be drawing people to the multiplexes, but it doesn’t seem to be keeping them away). In fact, the seven highest-grossing films of the summer were all released in 3D, even though “Valerian and the City of a Thousand Planets” — the only recent movie to actually take advantage of the format — was a bomb on this side of the Atlantic.

So why does it feel like 3D — that is, the completely unnecessary requirement to wear sunglasses for a movie that should work fine without them — is on the way out? For one thing, consumer interest in the format has been cooling for years; it turns out you can only release so many dark and muddy post-conversions before audiences start wondering why they’re paying a premium for an inferior experience. For another thing, the dramatic implosion of the 3D television market has effectively deep-sixed whatever synergistic strategies the studios might have had for leveraging the product into the future.

Beyond that, it feels like bad 3D is dying because it feels like bad 3D is dying. Critics have an admittedly skewed perspective on this — it was very telling when studios started to ditch 3D press screenings, essentially admitting that it wasn’t the ideal way to enjoy their products — but very few of this summer’s blockbusters seem to have been shot with the format in mind. “Valerian” had its own agenda, but the likes of “Wonder Woman,” and “Spider-Man: Homecoming” hardly even acknowledged it. For $20, viewers should literally have been able to feel the stubble of Chris Pine’s beard. But they weren’t. They weren’t. And it probably wasn’t lost on them that “Dunkirk,” no matter the screening format, was more immersive in two dimensions than any other movie this summer was in three. “Dunkirk” may not have been the highest-grossing movie of the season, but it landed in the middle of July with the full weight of its history. In any other summer, Christopher Nolan’s deafening symphony of boats and bodies would have felt like a rescue mission, saving the masses from the mediocrity that surrounded them on all sides. In 2017, however, this nerve-shredding spectacle was the main course of an epic feast; everything that came before it felt like an appetizer, and everything that followed has tasted like dessert. Three stories deep and 16 stories tall (if viewed on 70mm IMAX), “Dunkirk” was the apotheosis of everything that its director had been working towards, a booming piece of pop art that was held together by the sheer majesty of its momentum. Of course, not everyone agreed that this was Nolan’s best film — Christopher Nolan is something of a controversial figure, it turns out! — but the arguments that “Dunkirk” inspired only further cemented its place at the center of everything.

6. August Won’t Be a Total Nightmare “The Trip to Spain”

The tectonic plates of the film calendar naturally shift a bit every year, and the very idea of a summer movie season has become more than a little out of date, but August has remained something of a sacred burial ground for Hollywood’s most cursed abominations. Good movies have definitely been released during the dog days (“Kubo and the Two Strings” being just one recent example), and bad movies will definitely be released during the swamp nightmare to come, but this August is absolutely riddled with diamonds in the rough.

Steven Soderbergh is back from retirement with the silly but soulful heist comedy “Logan Lucky.” The Safdie brothers’ “Good Time” is another one of their scuzzy New York City sagas, brimming with life and boasting a Robert Pattinson performance that needs to be seen to be believed (and even then it feels more like a fever dream than anything else). “Nocturama” is a hauntingly sterile portrait of modern terrorism and “The Trip to Spain” is the funniest movie of 2017.  Best of all might be “Columbus,” the modest but deeply moving debut feature from video essay maestro Kogonada.

Page 1 of 2
Continue Reading: 10 Reasons Why 2017 Has Been the Best Summer Movie Season of the Century