From teen drama to hard sci-fi to oddball romance, these are the great shows that deserved more time on screen. 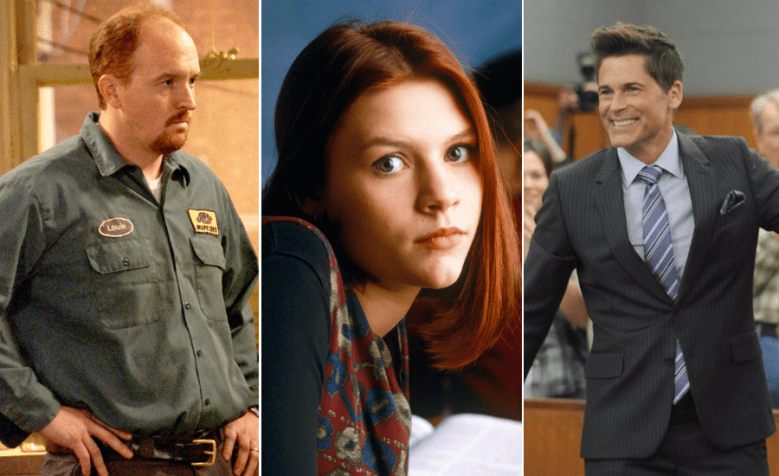 In the age of peak TV, we’ve gotten to see many series which are constructed to be satisfying after just one season of storytelling. But it’s important to remember that this is a relatively new phenomenon, that all too often, potentially great shows will get cancelled before getting the chance to reach their full potential.

The list below focuses on scripted series, reaching back over two decades to cover some of television history’s most disappointing ends. The aim is to remember some of network and cable’s most audacious experiments, for better and for worse. In many ways, “Almost Human” was deeply flawed to a degree that made its cancellation understandable — it struggled to balance too many plot threads with an over-reliance on recycled world-building, ultimately failing to coalesce despite some ambitious twists introduced near the end of the first season. However, creating a good buddy cop team is an art form, and the pairing of Karl Urban as a cranky haunted officer and the eager and optimistic Michael Ealy as his robot partner was an unforgettable mix. The duo had a chemistry that could have led to an enduring franchise, given the chance. At the very least, fans live in hope that they might be paired together again. Years before creating the cult favorite “Veronica Mars,” writer Rob Thomas brought ABC a charming romantic-comedy concept: A guy claiming to be the god-like figure of Cupid is running around Chicago, and assigned to monitor his behavior is a psychologist and relationship expert who thinks he’s crazy. Jeremy Piven’s natural brusqueness is actually a delightful counterpoint to the show’s inherent romanticism, Paula Marshall is a painfully under-appreciated talent, and the fun concept doesn’t lack emotional subtlety. There was a follow-up attempt to make this show about 10 years later, with Bobby Cannavale and Sarah Paulson, which once again failed to launch. But honestly, that doesn’t mean this idea didn’t have merit.

An alternate universe tale set in a modern day “kingdom” inspired by the tale of David and Goliath, this show theoretically should never have worked. But it was rich with interesting ideas, not to mention an incredible cast (OH HI Ian McShane, Dylan Baker, and Sebastian Shaw) — “Kings” was perhaps too ambitious for its own good, but that same ambition made it addictive as hell.

It’s very rare for an HBO series to only last one season: When a series isn’t working during its initial run, the network will often give the creator a chance to re-tool for a shortened second season to see if the project can be saved. Such was not ultimately the case with Cynthia Mort’s “Tell Me You Love Me.” The show centered around three couples struggling with intimacy issues and featured some of the most graphic simulated sex in TV history. Filmed with handheld cameras and using only diegetic sound, it ended up being too invasive and provocative for most viewers. Low ratings forced Mort to reshape the series for a prospective second season, but she was unable to find a new direction HBO liked. The series came to an end as a result, but it will always be one of HBO’s most unconventional and daring half-hour dramas.

The idea of a 21st century spin on “My Fair Lady” wasn’t exactly the sexiest pitch heading into the 2014 fall television series, but Emily Kapnek’s half-hour ABC comedy series about a social media obsessor and the marketing guru who agrees to help change her image turned out to be one of the season’s biggest surprises. Credit much of the show’s success to the chemistry between John Cho and Karen Gillan, two talented performers who were finally getting into the groove of their characters’ relationship when ABC pulled the plug on the remaining episodes. Unlike “A to Z,” the other one-season rom-com that aired in 2014, “Selfie” had an energized wit and an interracial couple at its center that made it feel especially unique in the television landscape (John Cho was also the first Asian-American lead on a TV rom-com). While not ultimately the most original show of its genre, “Selfie” was groundbreaking in its own way and deserved more time to explore the budding romance at its core.

Before Bradley Cooper become a four-time Oscar nominee and one of the biggest actors in the world, he tried and failed to launch a successful primetime comedy with FOX’s “Kitchen Confidential.” The series was based off Anthony Bourdain’s bestselling non-fiction book of the same name and starred Cooper as a Bourdain-like bad boy chef in the kitchen. While Cooper was a natural fit for the role, turning up his renegade charm to the highest volume, it was really the supporting cast that turned the series into an unexpectedly enjoyable half-hour ensemble piece. John Francis Daley, Jaime King, Frank Langella, and John Cho were all featured in the cast, but the series only lasted four episodes on the air after low ratings and FOX’s airing of the World Series got in its way.

Take “American Psycho,” add a whole extra level of weirdness, and you end up with the Adrian Pasdar-starring “Profit.” One of Fox’s most audacious ’90s experiments, it reflected the network’s interest in edge…as long as it got ratings. “Profit” made its mark, however, as a show which almost deliberately alienated audiences, even while it fascinates us now. The show has been off the air for 20 years, and yet nothing since has been as fascinated with the impact of media on the vulnerable mind. One commonality that emerges in looking at this list is that quirky shows have a bad habit of dying on the vine. And certainly “The Good Guys” was never able to escape that label, given the way it was playing with old school cop show tropes in contrast to a more academic approach. But it also had Bradley Whitford sporting a perfectly manicured mustache, and Colin Hanks proving his straight man powers. This is one where it would have been fun to see it evolve over a few seasons.

Up next: Hip-hop battles, conspiracies and trophy wives…

Page 1 of 4
Continue Reading: The 25 Best One-Season Television Shows of the Last 25 Years

This Article is related to: Television and tagged Firefly, My So-Called Life