Timing played a part in "Better Things'" powerful impact, but Pamela Adlon positioned the series to inspire no matter when it's seen. 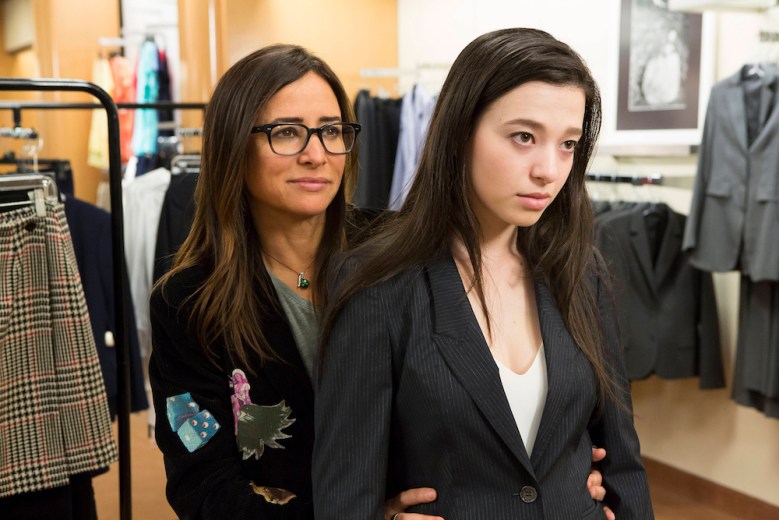 If you live in the world long enough — really out there, l-i-v-i-n, as they say — you’ll find the truth. That, or the truth will find you.

Pamela Adlon has been livin’ in the proper sense for some time now. An Emmy-nominated writer and producer of “Louie” and a beloved character actress from long-running series like “Californication” and “King of the Hill” (yup, she’s Bobby Hill), Adlon built a career many would envy. From that experience, “Better Things” was built; Adlon’s first starring role in her own series (co-created with Louis C.K.), her voice sounded out loud and clear from the start.

She found the truth of the world, crafting episodes about teens acknowledging their sexuality and her mother’s casual racism. Adlon pushed back against sleazy Hollywood sexism and the patriarchy in general. She took the stage — literally — to sound off on how the shared burden of women (that “we bleed and we all suffer, and then we stop bleeding and we still suffer”) should be acknowledged and celebrated without shame.

But at season’s end, the truth found her.

“Only Women Bleed,” the Season 1 finale of “Better Things,” aired two days after the 2016 election. Pamela Adlon dedicated it to her daughters.

“It’s funny because a lot of people were like, ‘Oh my God! I needed that! I can’t believe it.’ And I was just telling this story,” Adlon said in a recent interview. “This was right after the election and everyone was just a raw fucking nerve. I wasn’t even aware of what people were responding to in the finale. I read one piece, and I was blown away.”

Adlon didn’t set out to tell a story of the moment. How could she? Not only was Season 1 written way before election night, but long before the president ignited human rights defenders by turning “locker room talk” into an excuse for celebrating sexual assault.

For many women, “a raw fucking nerve” might be putting it lightly. “People want yummy, heartfelt things, and I was trying to make an edgy, uncomfortable show,” Adlon said. “But people are responding to it because there’s so much heart and flaws and failures and exhaustion.”

Adlon called “Better Things” and her experience making the show “the greatest gift.”

“You don’t want to just punch a timecard. You want to make an impact. I like making people feel things. I like inspiring people and elevating people. That’s something I’ve been doing my whole life. I like people to feel buoyed, and I like to expose myself,” Adlon said, laughing at her double entendre. “Sorry — [I like to expose myself] if it’s helpful.”

That Adlon stars in her series — as well as writing, producing, co-creating, showrunning, and directing (including every episode of Season 2) — is a big part of how she puts herself out there. Her performance is as fearless as she is, even though her character, Sam, is well-versed in the opposite perspective.

It’s easy to see the beauty in “Better Things,” and that’s because so much of Adlon is in it. L-i-v-i-n. It’s the only way to see the world.

Pamela Adlon is nominated for Outstanding Lead Actress in a Comedy Series for “Better Things.” Season 2 premieres September 14 at 10 p.m. ET on FX.

This Article is related to: Awards and tagged Better Things, Consider This, Emmys, Pamela Adlon