A motorcycle accident prevented him from taking on the role. 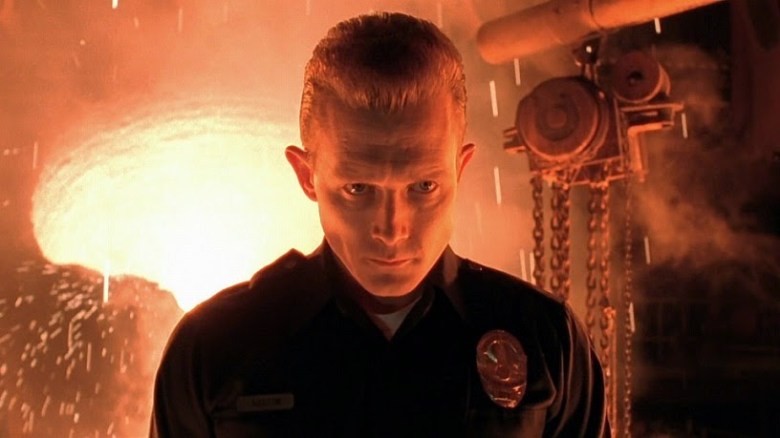 Well, everyone knows Robert Patrick played the T-1000 in “Terminator 2: Judgment Day.” What this new Hollywood Reporter interview presupposes…maybe he almost didn’t? The actor reveals that he wasn’t exactly the first choice to play the menacing, nigh-unstoppable cyborg in the 1991 sci-fi/action masterpiece, and in fact a rather different performer was: “Billy Idol was set to do the role of the T-1000, as I understand,” Patrick says.

“I can tell you that I saw Billy’s image when I went to Stan Winston after I got the role. Unfortunately, he got into a motorcycle accident and busted up his leg, so he wasn’t able to physically do what the role demanded.” That’s quite the “what if?” scenario, but few would complain about how things turned out — Patrick’s icy performance is part of what makes “T2” the classic it is.

The film is being re-released in 3D this week, marking 26 years since it first introduced us to Arnold Schwarzenegger’s new-and-improved Terminator. Read Patrick’s full interview here.

This Article is related to: Film and tagged Robert Patrick, Terminator 2: Judgment Day