The fact that "Cut to the Feeling" isn't eligible for Best Original Song is an unforgivable injustice. 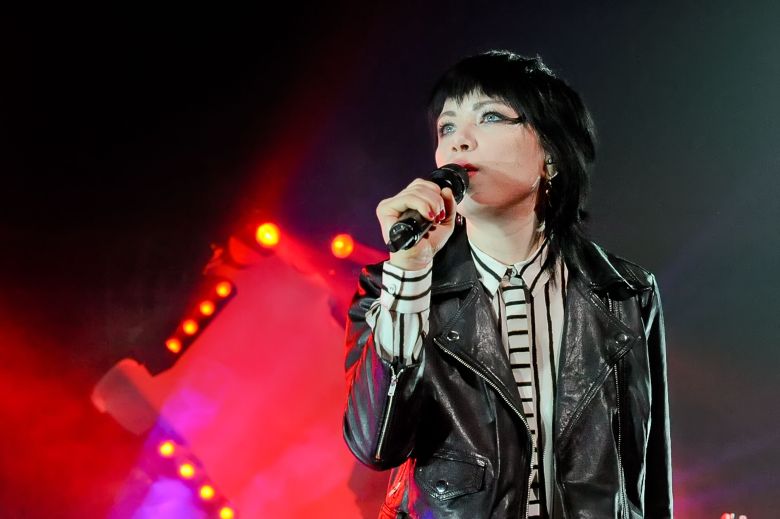 Carly Rae Jepsen’s “Cut to the Feeling” may be the song of this never-ending summer, but audiences in France and the UK have been grooving to this irresistible pop masterpiece since last December (about six months before it was available for digital download). Recorded during the creation of Jepsen’s monumental “E•MO•TION” LP, “Cut to the Feeling” was deemed “too cinematic” for inclusion on the record, and set aside for future use. For mere mortals, this euphoric jam would have been a career-defining milestone; for Jepsen, it was merely a B-side.

Fortunately, it wouldn’t be long before the song found a home, as its singer — one of post-Gretzky Canada’s finest cultural exports — offered it to a Montreal animation studio when she agreed to voice one of the characters in their animated feature, “Ballerina.”

Retitled “Leap!” for its impending U.S. release, the harmlessly inspirational kids’ movie tells the story of a little girl named Félicie who runs away to Paris (circa 1880) in order to fulfill her dream of becoming a dancer. Jepsen plays the injured and traumatized former ballet star who agrees to shelter the heroine. When Félicie twirls and plies to “Cut to the Feeling” during the climactic performance, the moment is almost as sweet and ecstatic as it is glaringly anachronistic. No disrespect to “Leap!” directors Éric Summer and Éric Warin, but “Cut to the Feeling” is doing most of the heavy lifting, here; used correctly, that song could have made “The Emoji Movie” feel like a like-affirming modern classic.

We all know what happens next: Carly Rae Jepsen gets nominated for (and probably wins) Best Original Song at the 90th Academy Awards next March, her spirited performance providing the Oscar telecast with a rare moment of real life.

There’s just one problem: “Cut to the Feeling” isn’t even eligible.

The Academy won’t even allow for the possibility that the show might include three minutes of actual fun amidst three-and-a-half hours of limp showbiz auto-fellatio; God forbid the ratings actually go up for once. Here’s how distributor The Weinstein Company explained the song’s disqualification when reached for comment: “‘Cut to the Feeling’ was not written specifically for “Leap!,” so it is not eligible for an Academy Award for Best Original Song.”

Of course, the Carly Rae Jepsen Debacle of 2017 isn’t a new phenomenon, it’s just a particularly glaring example of a problem that’s been sucking the fun out of the Oscars for a long time. It’s also further proof that the Best Original Song category is the show’s most easily preventable disaster. Remember when “Alone Yet Not Alone” was stripped of its nomination because it was revealed that its songwriter cold-called people to campaign? Remember when voters were falsely convinced that Lana del Rey’s “Young and Beautiful” wasn’t eligible for consideration, a deceit that was only possible because the category’s rules have become too asinine to track? Woof.

The Oscars are always looking for new ways to stay relevant and inspire people to watch the show. Unfortunately, the Oscars are always finding new ways to do the exact opposite. Whenever the show manages to stumble towards the zeitgeist — as it did last February when “La La Land” was mistakenly declared Best Picture — it tends to do so by accident. Whenever it whiffs on live TV in front of a massive global audience, it tends to do so by shooting itself in the foot (the greatest trick the devil ever pulled was convincing these people to waste minutes of priceless airtime on footage of celebrities receiving free pizza). The Academy loves to get in its own way. By this point, self-sabotage is practically a time-honored tradition, as much a staple of the annual telecast as a befuddled reaction shot of Meryl Streep, or someone you’ve never heard of winning for a short film about orphans coming of age during the Holocaust.

Nowhere is this phenomenon more pronounced than in the Best Original Song category. The Oscars are largely the same every year: The same glitz, the same glamor, the same smattering of snubs and surprises. But the Best Original Song category is a beast of a different nature. This is the magical part of the show where Robin Williams can sing about how Canada is to blame for all our problems, where Three 6 Mafia can rap about pimping in front of the whitest audience in the world, where Elliott Smith can sit on stage and break your heart, and where Common and John Legend can fill it back up again. It’s the Academy’s best chance to engineer a viral moment, to engage people who otherwise couldn’t care less about movie stars giving each other trophies for being movie stars.

So what do they do? Everything they can to minimize the possibility of a moment like that actually happening. Yes, the Oscars have lucked into television gold from time to time, but a series of arcane rules are the only thing that prevent them from doing so multiple times each year. Jerome Kern, who won the award for Best Original Song back in 1941, was fighting the good fight when he pushed the Academy to stipulate that songs have to be written specifically for the films in which they’re heard in order to be eligible, but the Academy has never met a good rule it couldn’t turn into an asinine headache (as the submission process for Best Foreign Language Film loves to remind us).

These days, a song is disqualified if it remixes or samples any pre-existing work (sorry, Coolio). A song can be saved for the end credits, but it’s disqualified if it’s not the first song played in the end credits (sorry, Madonna). A song can appear on other recordings prior to the release of the film for which it was written, but the song has to have been written explicitly for that film, so it’s disqualified if the artist went into the studio with hazy or ulterior motives. This last point — henceforth known as the Carly Rae Jepsen rule — is by far the dumbest and most arbitrary of them all, and while it made plenty of sense in 1941, it feels antiquated in a digital world where the creation of music is no longer so inextricably tethered to the corporate interests who fund it.

Of course, the emphasis on intent has always been fundamentally antithetical to how people consume and internalize art. The Academy’s principle is meant to privilege a holistic approach to filmmaking, but the reality of the situation is that movies almost always have to collate an unquantifiable degree of pre-existing material in order to exist. The Empire State Building wasn’t built so that King Kong could grip its spire, but the beauty of that sequence is in how it briefly convinces you otherwise. That’s not to say there should be an Oscar for Best Architecture (although you could argue that Best Production Design comes close), rather just to stress how cinema is an art that often finds purpose in repurposing. Why should we emphasize the circumstances by which a thing was conceived if it’s used in a way that makes you feel as though you’re seeing or hearing it for the first time?  The music world doesn’t even take such a hardline approach with their own content. The Grammy’s didn’t hesitate to crown Radiohead’s “Kid A” the Best Alternative Album of 2000 even though its soaring final track was written for a different LP more than half a decade prior.

Of course, the bigger point of contention here is that “Cut to the Feeling” would exist without “Leap!” (even though “Leap!” may not have existed without “Cut to the Feeling,” at least not in its current incarnation). That’s admittedly a tough hurdle to clear. But the fact of the matter is that Jepsen — who probably didn’t have Oscars on her mind when she agreed to lend her talents to a low-budget cartoon about a 19th Century ballerina — chose the movie as the avenue by which “Cut to the Feeling” would make its way out into the world. For six months, an eternity in the world of digital music, you had to buy a ticket to “Leap!” if you wanted to hear Jepsen’s banging new anthem. It wasn’t even on the soundtrack.

And it’s not like “Cut to the Feeling” is used as window-dressing in the film; unlike the volumes of instantly forgettable songs that studios commission every year in order to goose their nomination counts (not even Bono remembers the ballad he wrote for “Mandela: Long Walk to Freedom”), Jepsen’s jam is relied upon to provide “Leap!” with its emotional climax. Of course, individual Academy Awards are meant to honor individual achievements, no matter how much they actually help the films that inspired them (some makeup artists won an Oscar for “Suicide Squad,” after all). But when the mental gymnastics required to disqualify a song are as exhausting as those necessary to argue for its eligibility, there’s no reason why the tie shouldn’t go to the runner.

Streamlining this category is the only way to save it from selling itself short. It’s only a matter of time before Carly Rae Jepsen is actually nominated for an Oscar, but the truth is that the Oscars need her a lot more than she needs them. With any luck, hers will be the semantic non-scandal that makes the Academy reconsider how they operate. It goes without saying that AMPAS has bigger fish to fry, but few of their problems would be easier to solve. The answers are right there in Jepsen’s lyrics:

“Cancel your reservations, no more hesitations, this is on
I can’t make it stop, give me all you got
I want it all or nothing, no more in between, now give your
Everything to me, let’s get real baby
A chemical reaction, take me in your arms and make me ‘oh.’”

This Article is related to: Film and tagged Best Original Song, Leap!, Oscars