The new feature will star real-life skateboarders, along with actors Jaden Smith and Elizabeth Rodriguez. 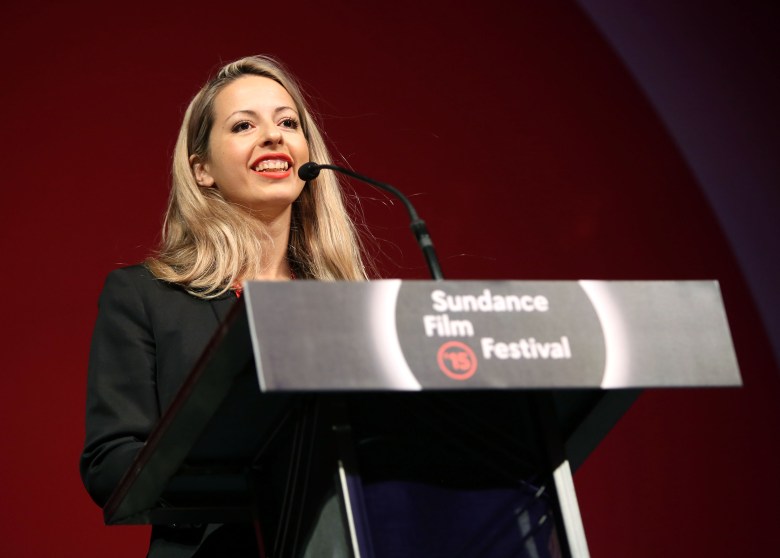 Vinberg, Lovelace, Moran, Russell, and Adams are members of the Skate Kitchen, a group of female skaters who were the subject of Moselle’s recent short film “That One Day,” which debuted at the 2016 Venice Film Festival. Shabier Kirchner, who served as director of photography on the short, is attached as DP for the feature. Lizzie Nastro, Izabella Tzenkova, Pulse Films’ Julia Nottingham, RT Features’ Rodrigo Teixeira, and Bow and Arrow’s Michael Sherman and Matthew Perniciaro are producing, with RT Features’ Lourenço Sant’Anna and Sophie Mas and Pulse Films’ Thomas Benski executive producing.

The feature is reportedly inspired by events in the girls’ lives and written by Moselle, Aslihan Unaldi, and Jennifer Silverman. Per its official synopsis, “the film tells the story of Camille, a lonely suburban teenager whose life changes dramatically when she befriends a group of girl skateboarders. As she journeys into the raw New York City subculture, she begins to make choices that lead to a deeper understanding of herself.”

And while Moselle is diving into the world of narrative filmmaking with the new project, she’s not entirely shunning her early breaks, as she reportedly “street cast the girls from the film after overhearing a conversation between them on the subway.” Moselle similarly discovered the subjects of her breakout documentary “The Wolfpack,” which followed the isolated Angulo brothers as they began reaching out from their insular family life. That film debuted at Sundance in 2015, where Moselle was awarded the U.S. Documentary Grand Jury Prize.

Moselle’s latest recently wrapped principal photography in New York City, so perhaps it too will find a home at the annual festival.

You can check out an interview with Moselle below, where she talks about the story behind “That One Day.”

Read MoreStay on top of the latest breaking film and TV news! Sign up for our Email Newsletters here.

This Article is related to: Film and tagged Crystal Moselle, Jaden Smith