Emmy-nominated cinematographers tell us how they chose the cameras and lenses that created the look. 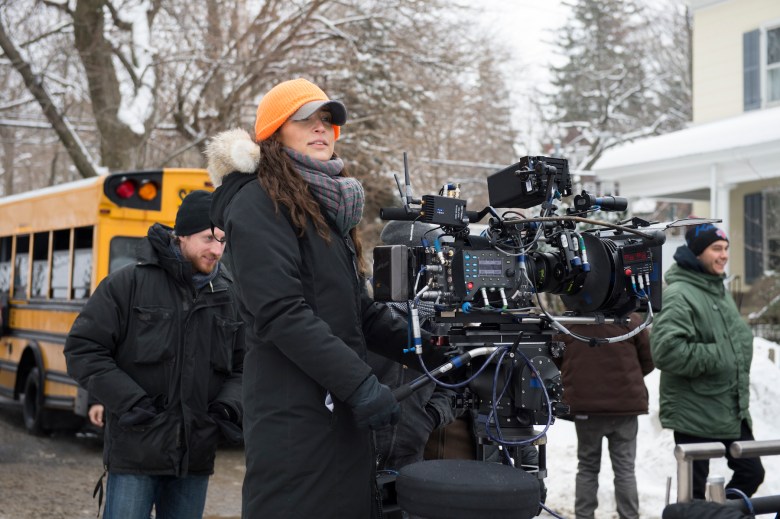 Cinematography for a Single-Camera Series (Half-Hour) DP Rodney Taylor: “I love the Leica lenses. They are small and fast, allowing you to capture light in low-light situations. I really like the veiling flare they have. It’s beautiful when light hits the lens and opens up the contrast. You can see this on display in the final episode when Dwayne’s character is spinning out of control at the nightclub and in one of the final scenes as he gives a very personal confession in the spotlight.

The show is mostly handheld, so both the Arri Mini and Amira are great for that. Also you can strip the Mini down and get it in some tight spaces. In Miami, we had to tow Dwayne’s Range Rover without a trailer because of the small streets. I could literally put a Mini right on the dashboard in front of Dwayne giving his character that bigger-than-life feel, and I like that you aren’t shooting through the glass of the vehicle, so the shot feels more intimate as you are with the character.” DP Reed Morano: “Working with director Jesse Peretz and producer/lead actress Sarah Jessica Parker, we found ourselves referencing a lot of relationship films from the ’70s. We were after a muted palette and a naturalistic, filmic look. We wanted moody found light, soft edges, and to create visuals with distinct character. Since we couldn’t afford to shoot film, we shot with the Alexa. I’ve found on the Alexa it’s much easier to mimic film’s color space in the grade. To take that further, we exercised strict color control within the frame with the help of the production and costume designer. To make the look of the digital just a little bit more distinct, I decided to shoot with Arri master anamorphics. We had to do a 16×9 extraction, which is tricky to convince people to do in TV, but everyone was really excited to have those impressionistic anamorphic qualities for our pilot. The master anamorphic lenses were great for a show like this because they’re like ‘anamorphic light’- they don’t have many unpredictable aberrations or veiling and they don’t distort on the wider focal lengths. But you still get beautiful oval shaped bokeh and very subtle blue flares, which I feel help immensely to elevate the visuals.”

“Mozart in the Jungle” Dermot Mulroney in “Mozart in the Jungle”

DP Tobias Datum: “We used Arri Alexas because the color science is superior and it’s got a more filmic overall look to it. The combination of the Alexa and vintage lenses create a softer, very cinematic feel that fits in beautifully with the magical realism of the show.”

DP Tim Suhrstedt: “The photographic approach to ‘Silicon Valley,’ as a satire, is one of clean naturalism, with a lighting style that is motivated by natural sources. Since I do not use a DIT, but rely on a Sony LED lighting monitor, the intuitive, filmic, low-contrast qualities of the Alexa make it the camera of choice. I think one of the reasons the show works so well is the consistently high quality of the writing. Working with a uniformly talented and funny cast, we shoot with two cameras 95% of the time. I find that the Angenieux Optima Zoom lenses match very well with the older Cooke S4 Primes. One of my favorite qualities of the Alexa is how the sensor accurately renders different color temperatures of light within the same frame, something we design for and try to capture in this show.” DP Jim Frohna and Jeffrey Tambor on the set of “Transparent”

DP Jim Frohna: “We shot ‘If I Were A Bell’ – a stand alone flashback episode set in 1950s Los Angeles – on the Canon C300 Mark II with a gorgeous set of pre-WWII Leica Leitz lenses that evoke a sense of bittersweet memory that serves the period story. The main plot of the episode finds Jeffrey Tambor’s character Maura, then a 12 year-old boy named Mort, taking refuge in the family’s backyard bomb shelter — it’s the one safe place where she can dress up and imagine her true self. When Maura is caught by her grandfather, it’s as if the Pfefferman time bomb has been detonated, reviving past family traumas, causing Mort to repress Maura for the next 60 years. In shooting this episode, with both its emotional intimacy and actual physically small spaces such as the bomb shelter, I really counted on the c300. Not only do I love the images we make with the Canon, but when shooting handheld in the barest, stripped-down mode, cradling the camera to my chest, I’m able to move intuitively, completely connected to the characters and the story.

This far along on the journey with the ‘Transparent’ family (Season 4 debuts Sept. 22), the crew has reached a place of ease with the free-flowing style Jill Soloway and I have set up. Our incredible camera operators and focus pullers are able to be so open – so often shooting without rehearsals or blocking – to trust and follow their instincts, so it becomes even more critical to have a camera like the c300 that we know and can rely on. With the way we shoot, it’s not about perfect lighting or making the perfect frame – it’s about using the camera to make an emotional connection.”

This Article is related to: Awards and tagged Emmy, Toolkit, Top of the Line