TCA: Executive producer Ryan Murphy has made a creative 'pivot' on 'Katrina.' 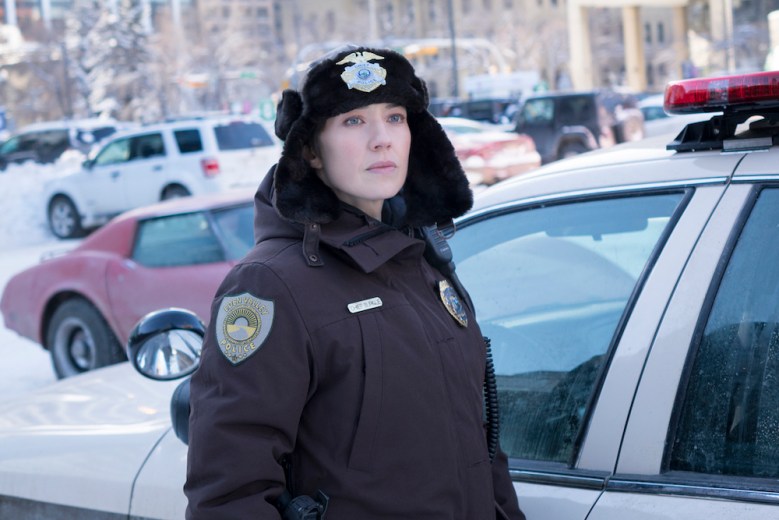 FX would love another season of “Fargo” – you betcha – but admits it might be a while before a fourth trip up north.

“We haven’t heard the idea form Noah what the fourth season might be,” he said. “What we’ve encouraged Noah to do is think about it, make sure he has something exciting and really believes in.”

Landgraf said there was a possibility that Hawley may not come up with a new season idea “for some time.”
“He has a really busy schedule,” Landgraf noted. “We’re going to have to share him with our film studio.”

“I’m confident that it will air,” Landgraf said. He disputed director Anthony Hemingway’s recent comment that “Katrina” was “stalled.”

“It’s not, it’s in really good shape,” he said. A look at the events and aftermath of Hurricane Katrina’s devastation in New Orleans, prior to the delay, Matthew Broderick had been cast as FEMA director Michael D. Brown, while Annette Bening signed on as Kathleen Blanco, the governor of Louisiana during Hurricane Katrina, and Dennis Quaid was set as President George W. Bush. No word on whether the pushback has impacted the castings.

Landgraf hinted that executive producer Ryan Murphy has made a “creative pivot” on “Katrina.”

“It was a difficult decision, we were far along one creative direction,” he said. “[But] it’s an exciting idea. Ryan is getting his ducks in a row to make an announcement.”

Also on Wednesday, Landgraf said he’s bullish on the “Sons of Anarchy” spinoff “Mayans MC,” which underwent a recent retool and is now being reshot. A decision will be made in about three months.

A sizzle reel for the new FX+ commercial-free service included a shot from “Mayans MC,” which Landgraf said was a “good sign” that the show would move forward as a series. Norberto Barba (“Preacher”) took over directing duties from creator Kurt Sutter, who is focusing on writing.

“I’m excited about where we are in the process of ‘Mayans,'” Landgraf said.

This Article is related to: Television and tagged Fargo, Mayans MC, TCA