While the show heads into the offseason, 'Game of Thrones' ensemble players will pop up in plenty of other places in the film and TV world. 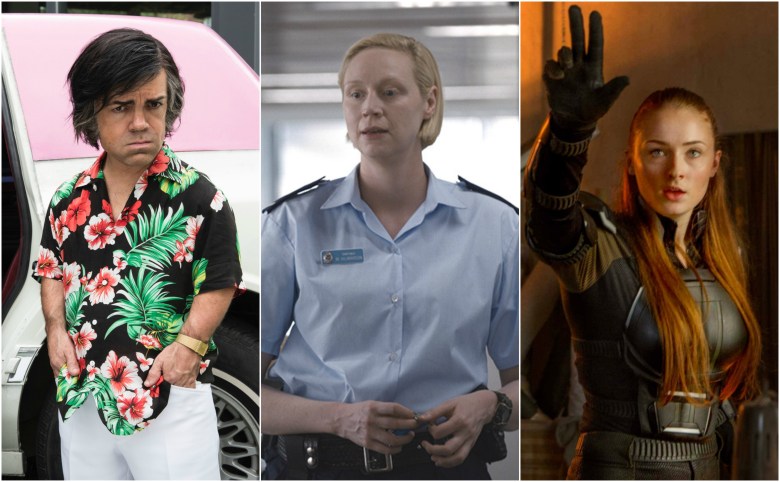 As Season 7 of “Game of Thrones” heads out into the wintery night, thus begins the lengthy hiatus before the series’ final Season 8. But for fans who tune in mainly for the performances, these stars obviously aren’t going to disappear from sight.

Until the next batch of episodes arrives, many of the main “Game of Thrones” folks can be seen on screens elsewhere. Some will venture to more TV projects, others are hitched to massive franchises, while a few will pop up in a few hotly anticipated indie film titles. So if you can’t wait until 2018, here’s a quick overview of what some of the biggest names have on the horizon. Of all the “Game of Thrones” actors, Dinklage is the one who’s sticking closest to the HBO family, starring as actor Hervé Villechaize in the upcoming biopic “My Dinner with Hervé.” He’ll also have a part in Martin McDonagh’s upcoming “Three Billboards Outside Ebbing, Missouri.” And for fans of great new TV from 2017, “The Handmaid’s Tale” director Reed Morano’s latest feature “I Think We’re Alone Now” will co-star Dinklage and Elle Fanning in a post-apocalyptic story about isolation. (Based on Morano’s Instagram shots so far, this one looks fascinating.) Yes, she’s set for (presumably) a significant part in the upcoming Han Solo spinoff flick. But don’t sleep on “Above Suspicion,” a romance/thriller hybrid based on a true story from director Philip Noyce. Clarke plays a woman caught up in a marital affair who gradually becomes an informant in a landmark FBI investigation. Jon Snow has been front and center this season — and Harington’s upcoming projects will keep him a headliner. He’ll not only star in BBC’s “Gunpowder,” about the infamous Guy Fawkes government overthrow plot, but he’s also on board as an executive producer. On the independent film side, Harington will play the title character in Xavier Dolan’s “The Life and Death of John F. Donovan,” which will likely make its premiere early next year. Coster-Waldau’s already had an interesting film year, starring in the Netflix original “Small Crimes” and the gang crime drama “Shot Caller,” out in limited release now. Next up on the big screen is “Domino,” the latest Brian DePalma flick, which co-stars fellow “Game of Thrones” player Carice Van Houten. Coster-Waldau talked about the shoot in a recent Larry King interview: One of the 180-degree “Game of Thrones” offseason projects from this cast is “Fighting with My Family,” a biopic about a young fighter who endeavors to join the WWE. Headey will co-star as Julia Knight, the mother of aspiring pro wrestler Raya Knight (played by “Lady Macbeth” breakout Florence Pugh). Written and directed by Stephen Merchant, the film will also feature Dwayne Johnson as himself. “Game of Thrones” Season 8 will probably beat it to screens, but Turner’s already staked out her post-Westeros career with one of next year’s biggest superhero spinoffs. After first making an appearance as Jean Grey in “X-Men: Apocalypse,” Turner is set to star in Simon Kinberg’s directorial debut “X-Men: Dark Phoenix.”

Staying sci-fi adjacent, Turner is also in line to star in the feature adaptation of “Time Freak.” Based on the very charming 2012 Oscar-nominated Andrew Bowler’s short film of the same name, Turner will star opposite Asa Butterfield, with Bowler returning as writer/director. While Turner is at the front of the next big X-Men story, Williams is presumably part of the next wave. She’s set to play Wolfsbane in “X-Men: The New Mutants,” starring alongside Anya Taylor-Joy in “The Fault in Our Stars” director Josh Boone’s take on the younger members of this universe. She’ll also be dipping back into the world of voice acting, heading behind the mic for a role in “Early Man,” the new Nick Park stop-motion animated film due out some time next year. Williams will also be part of the upcoming TIFF festivities, with a supporting role in “Mary Shelley,” a biopic of the legendary “Frankenstein” author from “Wadjda” director Haifaa Al-Mansour. Gwendoline Christie as Brienne of Tarth

Even if Brienne doesn’t feature prominently in the finale, audiences won’t have to wait very long to see Christie back on TV screens. Along with Elisabeth Moss and Nicole Kidman, Christie headlines “Top of the Lake: China Girl,” the newest season of Jane Campion’s masterful SundanceTV series, premiering September 10. (We also hear she’s in Rian Johnson’s small Lucasfilm indie project. Perhaps you’ve heard of it.) Asbæk will be set for a fall festival trip himself, in Kate and Laura Mulleavy’s “Woodshock.” From the haunting first look at the film, this is shaping up to be a Kirsten Dunst showcase. But when the film bows at Venice next month, look for Asbæk’s sinister-seeming Keith to draw some attention as well. For Theon fans, Alfie Allen has a role in Shane Black’s upcoming version of “The Predator,” due out next summer. Nathalie Emmanuel is returning as Harriet in the latest, delayed Maze Runner series installment “The Death Cure.” “Cleverman” just wrapped up Season 2 on Sundance, which features Jorah actor Iain Glen in a significant, ongoing supporting role.

And of course, there’s always room for Kristofer Hivju in his own tremendous Tormund/Brienne fan fic videos.

This Article is related to: Television and tagged Emilia Clarke, Game of Thrones, Kit Harington